Using Dataset with TimeObjects in EventSeries

I'm new to Mathematica, and while this is potentially quite easy, I'm having difficulty using TimeObjects in the EventSeries function. After pulling out a column from an original dataset which had a series of time values, I then applied Count as Count @ Original which gave me a table akin to:

My question is 2-fold.

1) How do I pass that dataset to the EventSeries function, to be able to do a TimeSeries-esque plot? I'm finding it particularly difficult to find anything that references passing TimeObjects, hence the question.

2) Given that I am new to Mathematica, my second question is more conceptually, about the easiest way to pass multiple lists (or as I would previously call them, columns of a Dataset) to a function?

We can operate upon data contained within dataset by applying query operators. Assume that the dataset described in the question has been assigned to the variable ds. Then, for example, we can convert the embedded association into an event series by applying the EventSeries operator:

Alternatively, we could produce a plot by composing the EventSeries and DateListPlot operators: 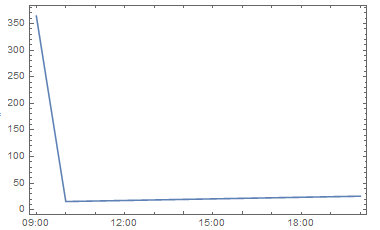 It is likely that these operators can be applied directly to your original dataset. Let's consider the following dataset:

As in the question, we could use Counts @ ds2 to get the number of occurrences of each date as an association (contained in a dataset). But instead, let's express this operation in query form:

The advantage of using query operator syntax is that we can now compose it with our other query operators to produce the plot directly from the source dataset: 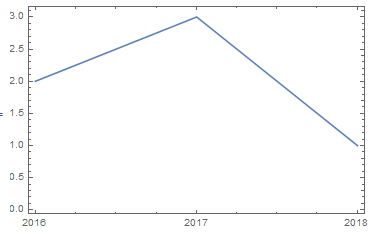 Dataset query syntax is quite elaborate. It is described in detail by the Dataset and Query documentation.

Applying a Function to Multiple Columns

As for the second question, a simple way to apply a function to multiple columns is to use named slot syntax (e.g. #columnName). For example, consider this dataset:

We can add together the columns a and c by means of the query operator #a + #c&:

Alternatively, we could produce a bar chart of those sums: 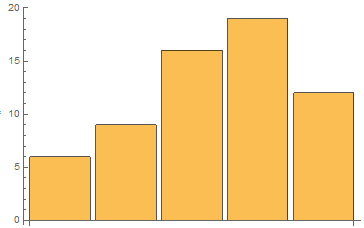 Dataset has only been around since version 10.0, and not all functions support it as yet. However, Association has much broader support and is what Dataset is based on. You can use Normal to convert the Dataset into an Association. EventSeries can work with associations.

With ds as the Dataset in the above post, then

Not the answer you're looking for? Browse other questions tagged dataset date-and-time time-series or ask your own question.

14
Min, Max are slow on TimeObjects
5
How do I plot EventSeries?
16
EventSeries v. TimeSeries
3
Help with Time-Seried dataset
1
Select Time Phase of Dataset with SQLDateTime Objects
5
LinearModelFit with Dataset
1
Strategies to mimic Dataset features in a TimeSeries?