Consider the following piece of code:

I expect the two plots to exactly overlap each other. However this is not the case and my result looks something like this:

Clearly using the direct expression is correct as the exponential tends to 0 for very large and negative arguments. Why is there a difference between plotting the defined function and plotting the expression directly? Is this a bug?

The problem arises when function returns a number smaller than $MinMachineNumber: 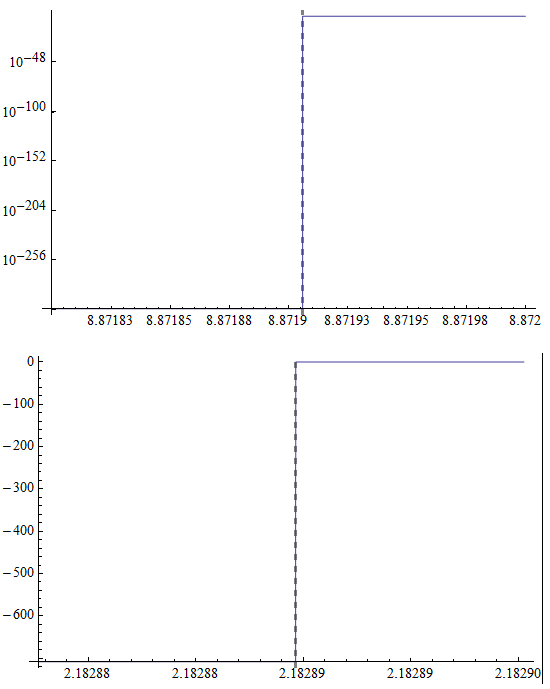 For some reason LogLogPlot considers numbers smaller than $MinMachineNumber as having logarithm equal to 0, which is incorrect of course.

The workaround suggested in the comments is to abandon machine numbers by switching to arbitrary precision arithmetics. Even if one sets WorkingPrecision much smaller than $MachinePrecision this bug completely disappears, but now another bug arises: the plot produced is not logarithmic in vertical scale and has incorrect vertical tick labels: 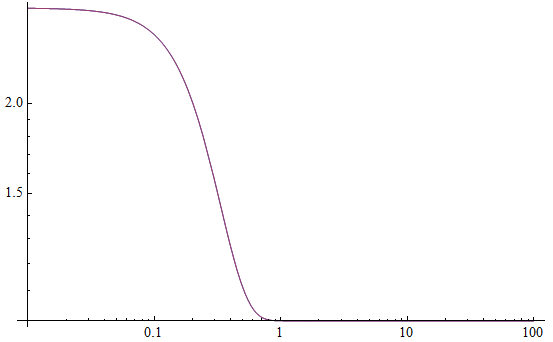 It is easy to see that the line computed with non-MachinePrecision WorkingPrecision is identical to the one generated by LogLinearPlot:

So another workaround would be to perform conversion of non-machine-size real numbers manually:

Even better way is to switch off generation of non-machine numbers:

This way completely removes discussed bug and does not introduce new bugs but it is strongly advisable to localize the effect of this setting as explained here.

Another workaround is suggested by halirutan.

And of course it is possible to switch to another function which has no bugs. In this case LogLinearPlot adaptive plotting capabilities can be utilized: 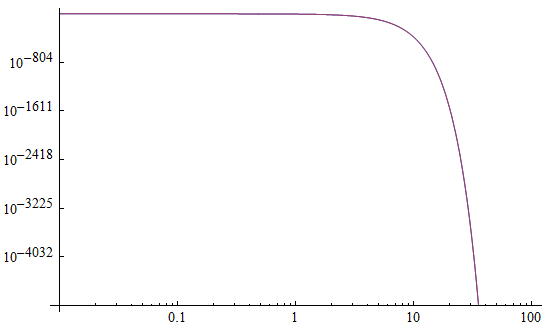 When tracing other plots, I often saw that plotting-related functions compile their arguments when possible. A quick look at the trace of your example suggests the same, because the Exp function is used only for the evaluation of function. This seems to indicate that your second argument Exp[-9 t^2] was already compiled down and doesn't show up when the numeric values for the plot are generated.

To support my hypothesis, let us change your example to create a plot that matches completely by compiling function down:

Because LogLogPlot tries to analyze functionC, I wrapped the compiled function with ?NumericQ. The result shows two matching graphs: 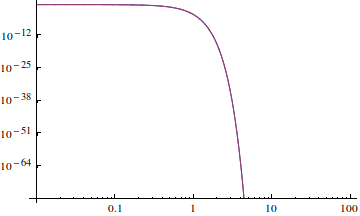 If you now want to gain further inside, you can concentrate on the difference between the compiled function and the evaluatation of Exp[-9 t^2].

Not the answer you're looking for? Browse other questions tagged plotting function-construction bugs or ask your own question.

1
Improving the plotting time of a very complicated expression
3
How to plot a function that is not defined after certain point
8
Bug? Problem with derivative of interpolating function from FEM
4
Plotting eigenvalues with different colours
1
Mathematically equivalent expressions produce notably different results