produces an outcomes I find unexpected: 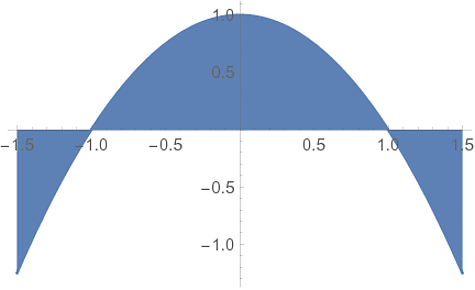 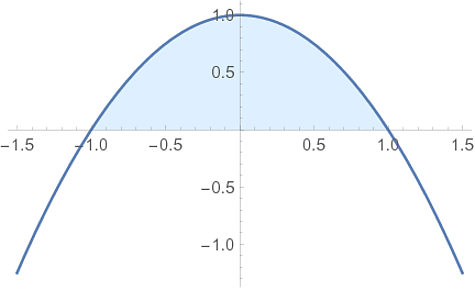 Have I misunderstood the meaning of Automatic in this setting? That is, why would I not see the same area shaded in both cases?

It appears to me that Automatic is not a valid input at that level of the option specification. Consider that this generates the same output: 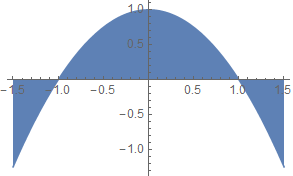 I was not able to find any great revelations, but since Alan wrote: "But I'm hoping Mr. Wizard will still offer some insights as to why we would be driven to such hackishness" I thought I should at least try to look at the implementation behind this behavior. I used PrintDefinitions from the GeneralUtilities package and Trace. From:

I found that (in version 10.1.0) the FillingStyle option value is handed off (as fillingstyle) to the internal function Charting`customFillingStyle with the call:

Spelunking that (PrintDefinitions @ Charting`customFillingStyle) reveals definitions for explicit Automatic arguments which would not match {None, Automatic}, e.g.:

Other values are again handed off, this time to as the second parameter of Charting`CommonDump`combinePnFStyle. Reading that definition (PrintDefinitions @ Charting`CommonDump`combinePnFStyle) shows that this function is expecting a color (_?ColorQ) or Graphics directive (_?Charting`generalDirective), or a List which contains either colors, directives, or None, e.g. {_?(MatchQ[#1, Except[_Rule, _?ColorQ | None]] &) ..}. There is no provision for Automatic at this level of the program. If the argument does not match one of the patterns above is effectively dropped by the final definition in which the second parameter is unnamed and unused:

What I first wrote is borne out: Automatic is not a valid input as the element of a List within the option value of FillingStyle; it is only valid as the complete option value. I cannot explain this design choice, only offer this analysis of the existing program code. Using FillingStyle -> {None, Opacity[0.2]} may seem like a hack but it is concise and effective.

To get the current colour you can hack it with FillingStyle -> {Opacity[0], Opacity[1]}. 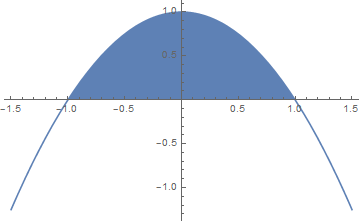 fills None below the axis and LightGrey above the axis, as shown in the question.

On the other hand, Automatic seems to override None in

causing a Filling of Blue throughout, just as in

To obtain LightGrey throughout, use 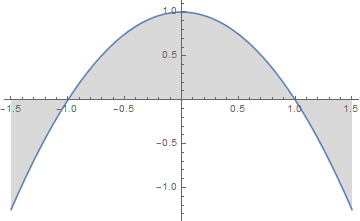 or to obtain Blue only in the center section, use 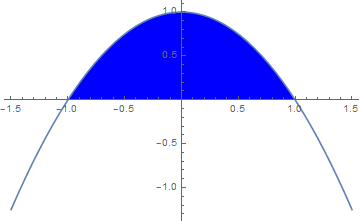 Not the answer you're looking for? Browse other questions tagged plotting graphics syntax options or ask your own question.

116
What is the most convenient way to read definitions of in-memory symbols when we don't have the source files? (Spelunking tools)

1
Part::pspec error returned when using a ListLinePlot ColorFunction variable as list index
2
Flipping x-tick-labels on custom plot
14
Hatched Filling for ListPlot
4
Adding labels and numbers in axes
1
How to Make the Tick Marks of Both Axes the Same in a 2D Plot?
5
How to separately control plot curve style and fill ColorFunction?
0
Rotating a plot with a gradient filling defined by a function
1
General way to make a ListPlot with tick labels restricted to integer values? Likewise for a ListLogPlot with tick labels at simple powers of ten
1
Rasterize a graphic with Background None gives unexpected result using GradientFilling