I installed the MATLink package and now I'm able to use MATLAB commands in Mathematica. The problem is, I don't have access to the workspace of my current MATLAB window and it seems as if MATLink created a workspace of its own.

Is there a way to access the variables in my current MATLAB workspace from Mathematica?

Thank you in advance.

MATLink 1.x is based on the MATLAB Engine interface, which sets its limitations and possibilities. What you are asking for is possible on Windows, but not on Mac or Linux.

By default MATLink will start a new instance of MATLAB in the background. On Windows and Mac you can see this instance appear in the taskbar or dock. All MATLAB commands are evaluated using this instance, thus the workspace is not shared with any other MATLAB you might have started separately. 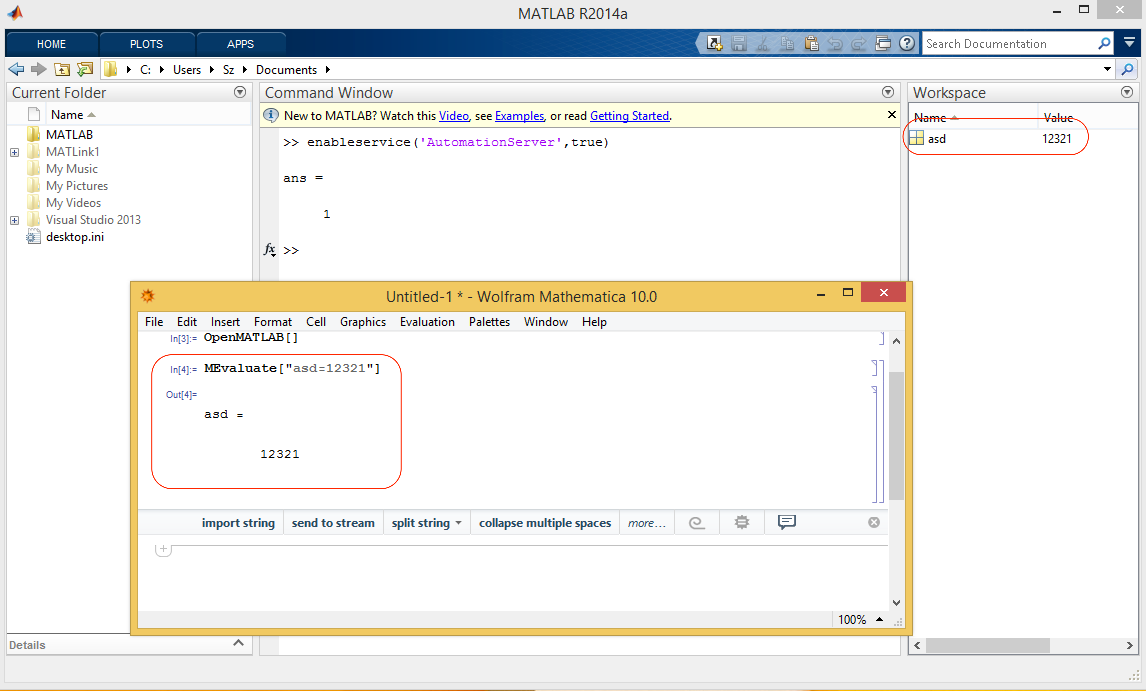 On macOS and Linux this is not possible due to the limitations of the public MATLAB Engine C API. I have also confirmed this with The MathWorks support.

While it is possible to take control of an already running MATLAB on Mac/Linux too, as evidenced by the Python and Java MATLAB Engine APIs, the underlying C++ API that makes this possible is not made public. Therefore MATLink cannot use it.

Not the answer you're looking for? Browse other questions tagged packages interoperability matlab matlink or ask your own question.