How to get the distance of Jupiter from the sun?

Offered as an alternative to getting the same information and a check on it, one can also get this measurement from a WolframAlpha query: 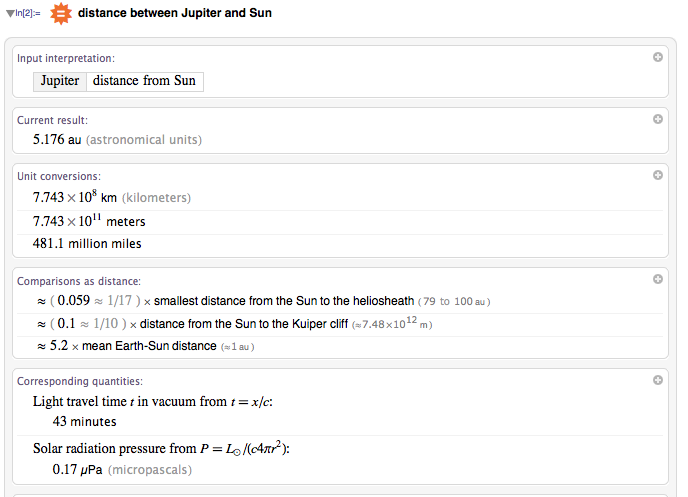 Of some interest, by these measurements Jupiter appears to have moved quite a ways further from the Sun since belisarius's answer just some 11 hours ago.

WolframAlpha can also give one a plot of Jupiter's position in orbit (although not a particularly satisfying one): 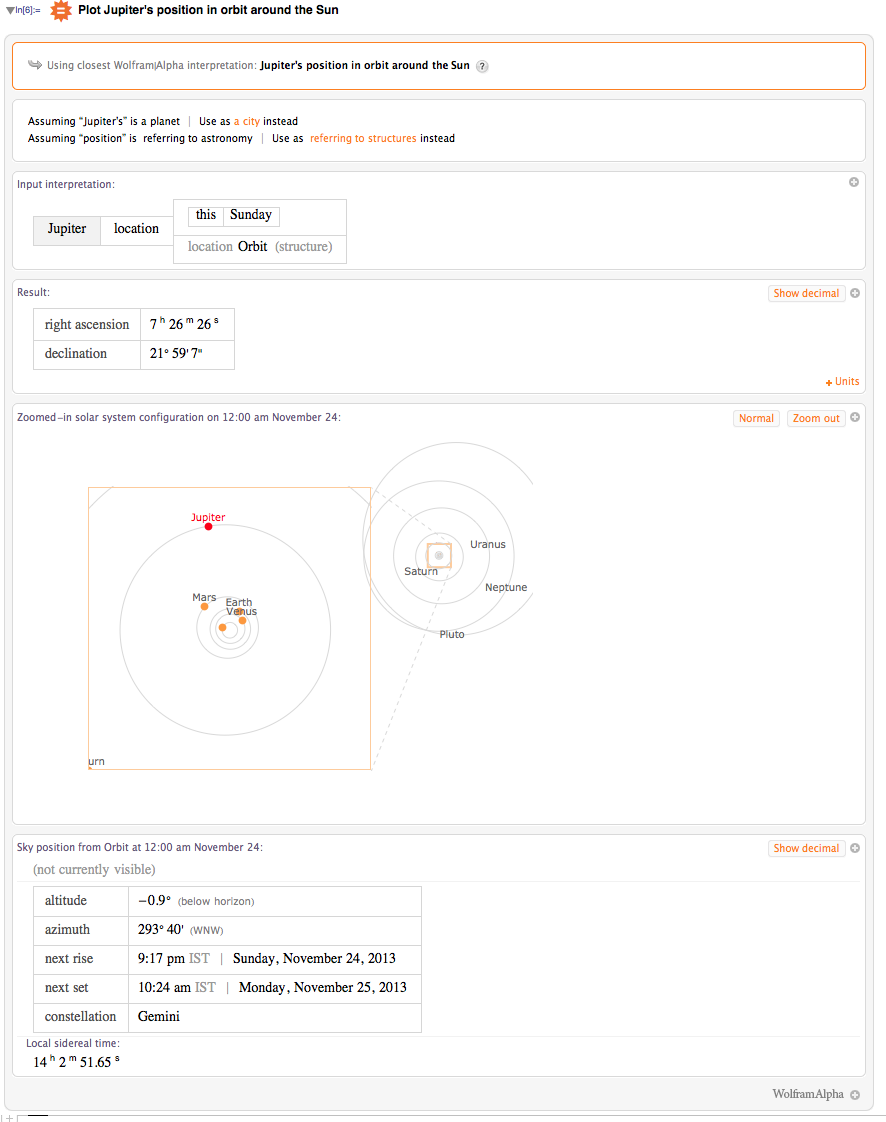 If, Jupiter had crossed its perihelion (the point it passes closest to the sun, which should correspond to the fastest part of its orbit) could it have moved as much as it appears to have moved between belisarius's measure and mine?

Any astronomers or astro physicists about?

Not the answer you're looking for? Browse other questions tagged curated-data astronomy distance or ask your own question.

6
Solving the path of Earth around Sun
1
How to add moon to orbit Earth that Orbit Sun
2
How to measure distance exactly from a graph?
3
How to calculate the distance that from the pixel to image edges
15
Processing images from NASA's Juno Jupiter Orbiter
0
Plotting the orbit of the Earth around the Sun. Error: step size is effectively zero; singularity or stiff system suspected
0
Using WhenEvent to calculate the period of an orbit
5
Select Specific StarData
4
gravitational two body problem for the orbit of the sun and jupiter around their barycenter
0
2 body orbits around a barycenter