I would like to be able to simplify a polynomial in two non commuting variables, the desired result being that in every term one variable occurs to the left of the other variable. An example would be the normal ordering of operators from the Weyl algebra.

I've tried the non commutative multiplication $**$. It appears that this function is simply formal multiplication. I tried inputting $a**b**b$ but it's not even giving me $ab^2$. (2)

There are several packages available to do what you want. Here I show a quick screenshot of how to do noncommutative algebra with FeynCalc. You can find documentation here, here and here 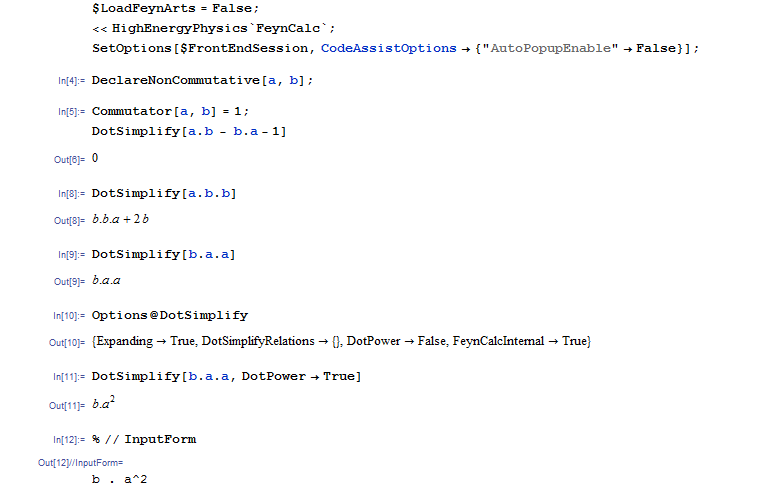 Not the answer you're looking for? Browse other questions tagged functions algebra or ask your own question.