I'm working on a short script that I can repeatedly use to solve parametric surface integrals. There is a post on this elsewhere on MSE, but it is a complicated doublecontourintegral function. It is impossible to parse for a newcomer like me, and it seems possible to create something more simple.

So I wanted to write a script that I can just type in the non-parametrized equation, i.e., $(x + y + s)$ in this example. Then I'd enter in the parameters for x, y, and z (given in this problem).

Next, I'd take the partial derivatives with respect to u an v of the parametrized equation.

Next, I'd cross product those two partial derivatives and find its magnitude, using Norm.

Finally, I'd integrate the re-paremetrized surface, multiplied by the magnitude of the partials, over the region, given in this problem as $0 \leq u \leq 2$, $0 \leq v \leq 1$.

I am new to Mathematica, and I started this sequence with the following code, but it doesn't seem to work. I'd welcome any help.

UPDATE: This code works well on problems I've tried. But I'm having trouble with another problem. The book answer is 1/(10sqrt(2)). I'm attaching as a picture its worked example. But both of your methods give 1/5sqrt(2). Did I miss something? Is the book in error? Here's the code I used, and the book's answer.

And here's is the book answer, which is Problem 6: 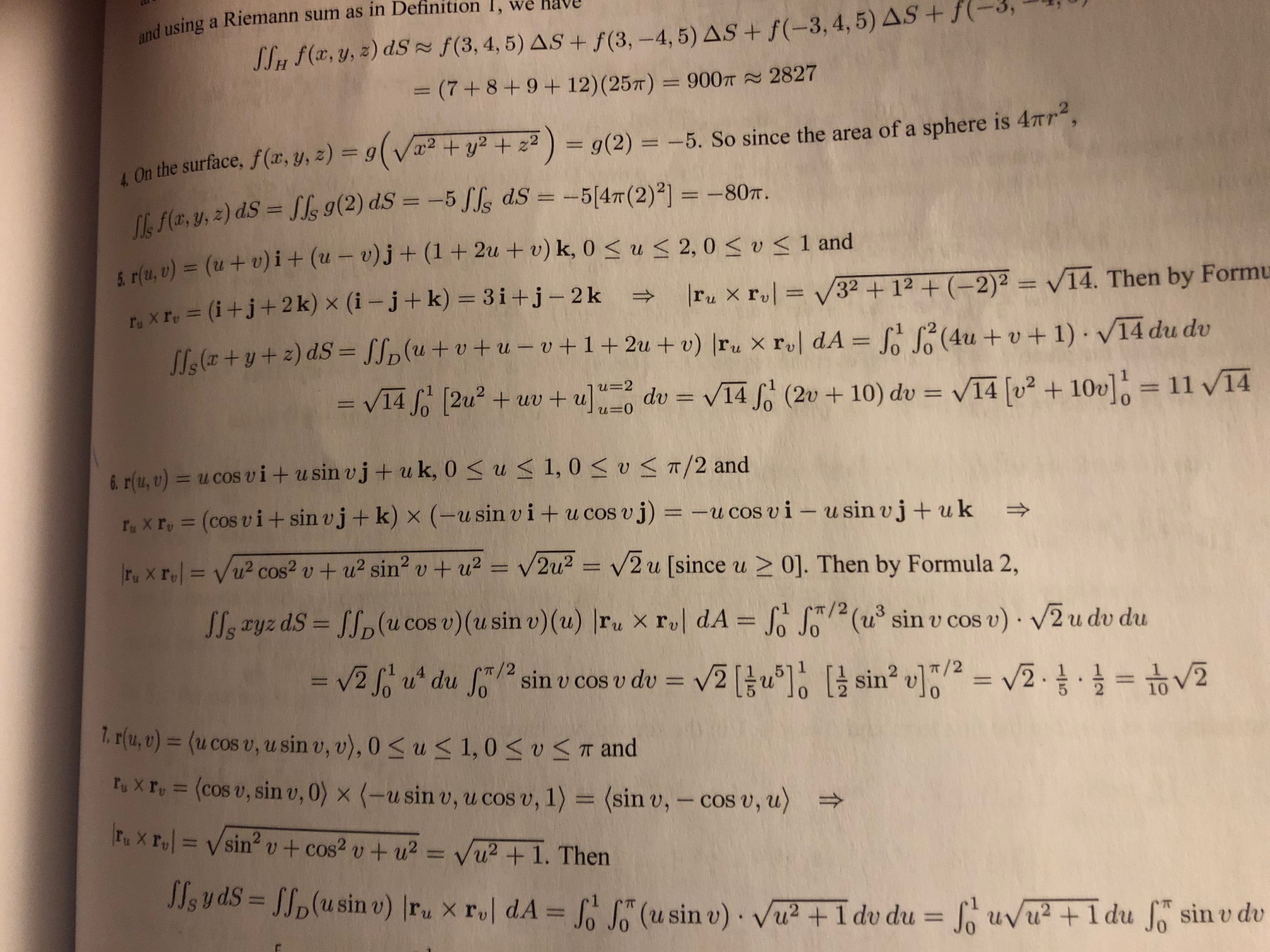 Not the answer you're looking for? Browse other questions tagged calculus-and-analysis or ask your own question.