However, if I want to run this code for a very long time, then the size of the grid grows like $t_f^2$. It would be desirable if I could put absorbing boundary conditions in this box, however, I run into trouble with the grid refinement. For example, the following code runs into trouble

As you can see, standing waves form, which should not exist. I suspected that this might be a problem with the absorbing boundary conditions I implemented using the NeumannValue function. However, even as we take the size of the box large enough for the reflection at the boundary to never happen, the standing waves still form. This is clearly a result of a grid that is too-coarse. However, the maximum step size is even smaller than in the simple example I gave above which does have the correct behavior. Therefore, I suspect that including the NeumannValue function is somehow causing the grid to be unrefined, leading to large errors.

Any suggestions to circumvent this would be appreciated!!!

is dropped the rest works fine for me and fulfills this boundary condition too. With Your input, I get warnings for inconsistency, should be a scalar function of the spatial variables (twice), boundary and initial condition inconsistent.

From this experience, it follows easily that the rate of convergence for

has to be enhanced.

There are several options to do that. For example with Piecewise or simply check whether to multiplicate this function with the appropriate factors stemming from the Laplacian again? This seems a study book example and therefore well designed and calculated.

The solutions from the view at the results in Manipulate have different orders of linearity in the origin and therefore the corresponding behavior for very large values. The Sech and Erf do not really converge to zero rapidly enough to compensate for all.

For a sufficient rmax. 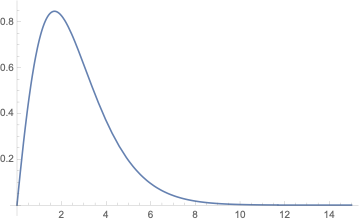 All for the first part of the question.

Not the answer you're looking for? Browse other questions tagged differential-equations finite-element-method boundary-conditions error-propagation wave-propagation or ask your own question.