Is there a curved EdgeShapeFunction that has arrowheads?

The undocumented "CurvedArc" EdgeShapeFunction draws edges as curves (instead of straight lines). However, it does not draw arrowheads for directed graphs.

Is there a built-in EdgeShapeFunction specification that draws directed edges as curved arcs, with a consistent curve direction relative to the edge direction, and visible arrowheads?

Example of a graph where this would be useful, and CurvedArc fails. 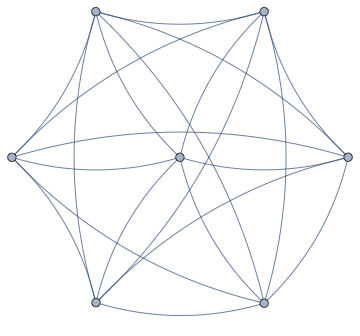 Note that this is a directed graph.

Edge shape function that would work better with this graph:

All edge shape function specs should be listed by GraphElementData["EdgeShapeFunction"] but they aren't.

We can check if Graph calls GraphElementData during the drawing stage: 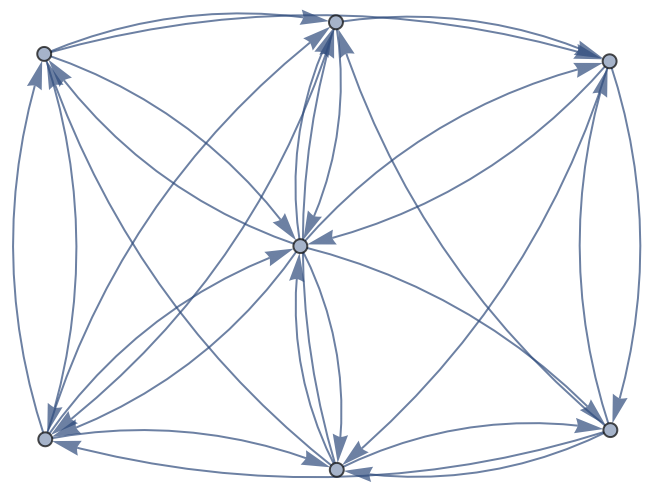 Not the answer you're looking for? Browse other questions tagged graphs-and-networks visualization or ask your own question.

20
How can I replace bi-directional DirectedEdge pairs in a Graph with a single UndirectedEdge?
3
EdgeRenderingFunction question
3
How to find a path that traverses each edge of a graph exactly twice?
8
Drawing a graph with vertex avoiding edges? (Handling vertices that must be colinear?)
2
VertexLabels, EdgeLabels and the direction of the arrows on a directed graph
3
How to use the edge routing of LayeredDigraphEmbedding when specifying explicit vertex coordinates?
8
Testing for Symmetry and Regularity in (Graph-Theoretic) Graphs
2
Coloring and Properties for Individual Edges of a Graph
5
How to create a custom EdgeShapeFunction whose arrowheads snap to vertices