The behavior can be reproduced with the following code:

For me, relying a lot on these functions for experimental data visualization, this is a disaster and I intend to uninstall v10.3 immediately, and will advice my collegues to do the same.

But, just in case I'm missing some new option that I don't know about, I wanted to ask you for advice...

It definitely has something to do with the Interpolation function. Evaluating

we get the warning

When you try the trick suggested by user21,

you do indeed get a list of the x andy points used in the plot, but be careful,

the second element is non-numeric. On my machine, evaluating the interpolating function at all the points actually takes more than three times longer than generating the plot

On top of this, when you do a DensityPlot on the interpolation function it takes a long time, but, more importantly, it looks awful 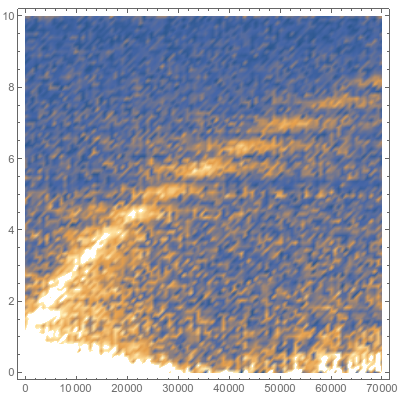 The plotting problem could have something to do with Mathematica doing a terrible job of making 2D plots where the x and y axes have wildly different scales, as seen here, here, and here. It could also be related to the bad interpolating function.

But we can do a workaround so that you can generate a nice plot with your data. I have to stress that I agree with rcollyer, in that there is no reason to first make an interpolating function and then plot that. Just plot the data. But maybe you tried that, and you got something even uglier than above, 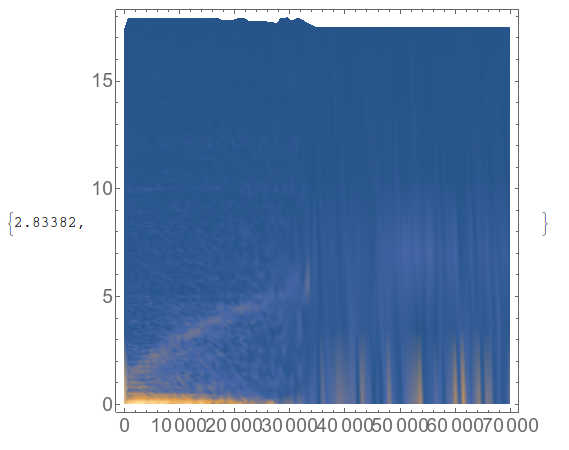 Using rcollyer's workaround makes a worse plot than the interpolation function, in my opinion 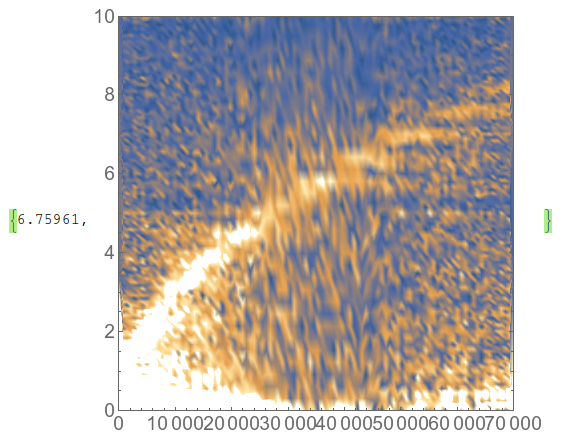 This plotting problem could have something to do with Mathematica doing a terrible job of making 2D plots where the x and y axes have wildly different scales, as seen here, here, and here. It could also be related to the bad interpolating function from an unstructured grid - probably a combination of the two.

I can get a nice plot if I ignore the fact that it is not quite rectangular, and assume that it is 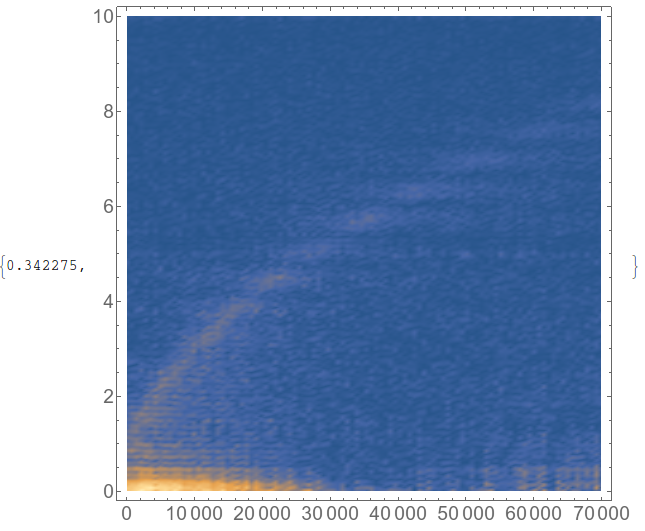 Of course, that solution isn't great since you are fudging things a bit, ignoring the fact that the grid isn't rectangular. So you could use the (poor) interpolating function to make data that is on a rectangular grid 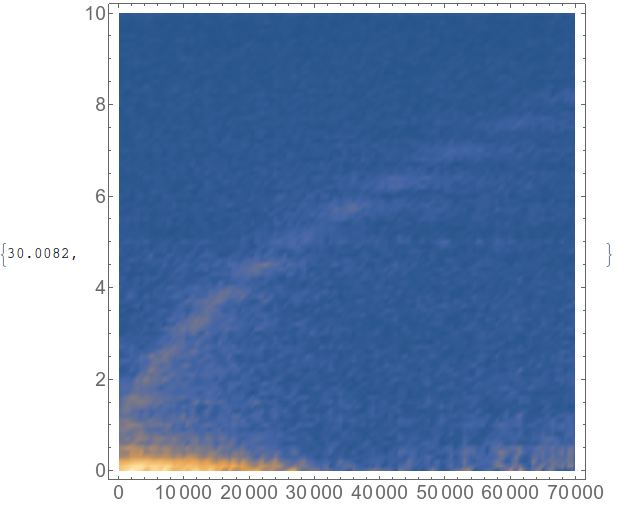 This may have taken 30 seconds, but it makes a better plot than your original code, and it may be the best woraround if you are unable to generate data on a regular grid from the beginning.

If you read the update to the OP, and the comments there, then you can see that the speed issue with plotting an interpolating function has been resolved in version 10.3.1, but there is still a bug in ListDensityPlot and it can be observed quite easily with the following code: 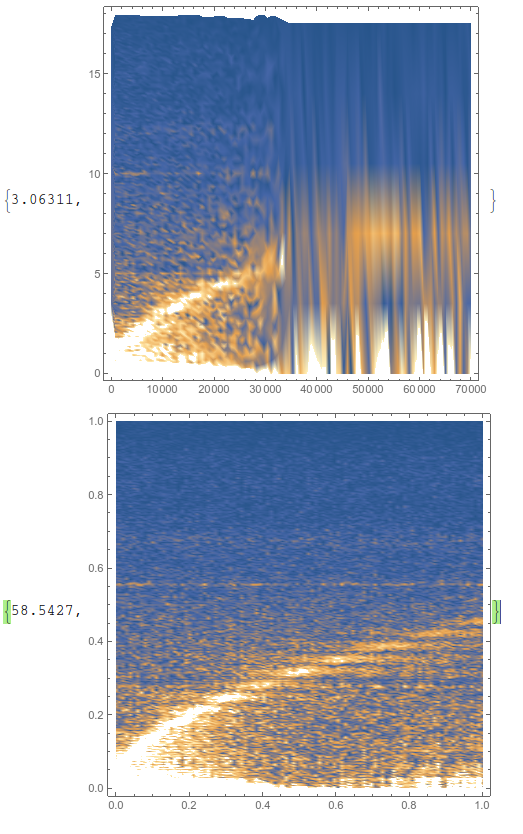 So, unless you use an interpolating function, then you can either have a good plot, or a fast plot.

Not the answer you're looking for? Browse other questions tagged plotting performance-tuning bugs or ask your own question.