I'd rather write in Mathematica than in $\LaTeX$, but it's not really practical, especially for big works (> 100 pages) without good tooling. I'm just starting to look into what's available for big works, but I haven't found any guidelines later than 2005 (e.g. this).

The specific things I need are numbering for all kinds of cells with cross-referencing, intelligent DIFFing (text diffing of notebooks doesn't work because every cell has gobs of timestamp info that is always different even if the contents of the cell aren't different), Bibliography, tables of contents, etc. I.e., $\LaTeX$-level tooling.

I've been scrounging around my grooveyard of forgotten favorites, that is, my big hoard of legacy books & notebooks & CD-ROMs, and there are many references to an old package called "Authoring Tools". For instance, a book by Heiki Ruskeepaa called "Mathematica Navigator" was written using Authoring tools. The book was written around Mathematica Version 5, and we're now at version 8.0.4. Then there is Michael Trott's Eulerian 4-volume opus "The Mathematica Guidebook," which appears to have been written entirely in MMA with Authoring tools.

Would anyone happen to know if Authoring Tools has been replaced by something similar but of another name? Superceded by built-in functionality? Ditched forever? Is there some other guidelines, conventions, recommendations, or other zeitgeist for writing big works in MMA?

An example of large publication project developed in Mathematica is CDF calculus book published by Pearson. Go to this link to look at a sample:

The author of CDF part of the book, Eric Schulz, gave a talk "Publishing a CDF ebook: an Author's Perspective" where he explains approaches to large publishing projects: typesetting, custom palettes, multi-notebook projetcs, etc. The Video and Mathematica slides of the talk can be found on Wolfram CDF Virtual Workshop 2012 page. It's a great talk ;-) This is a screenshot from official Wolfram page: 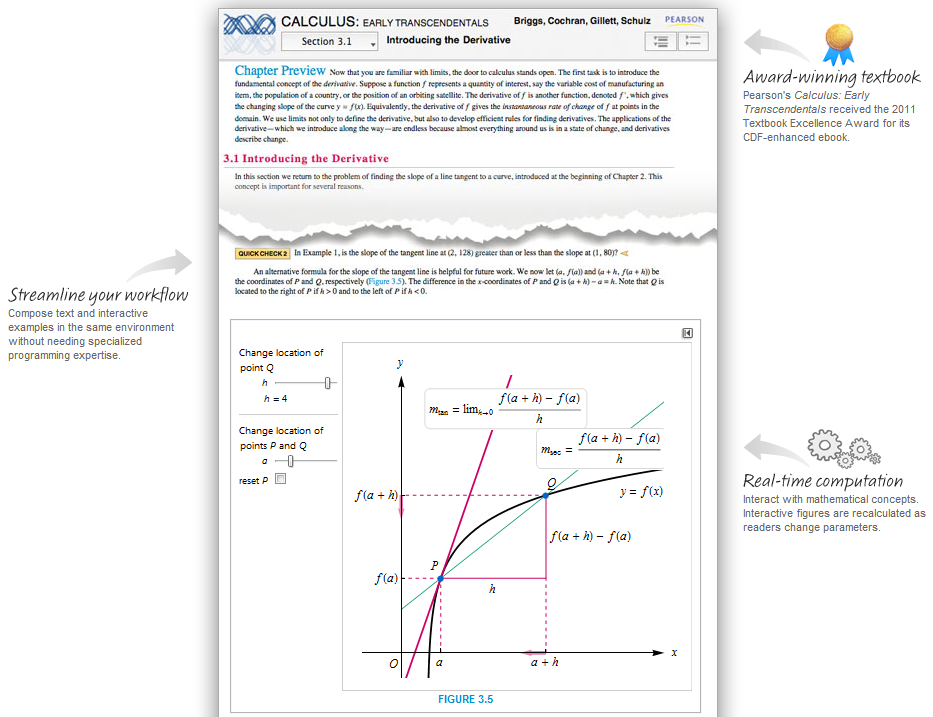 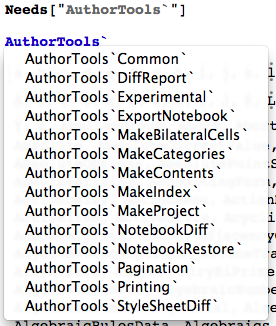 Not the answer you're looking for? Browse other questions tagged packages latex writing or ask your own question.