Is there any way to export vector graphics with shading?

This has irked me for a while as I really feel its a significant shortfall in Mathematica's abilities but maybe I am missing something.

I would like to export simple graphics with shading in a vector graphics format, preferably PDF. This should certainly be possible with the pdf format as I quote from wikipedia (en.wikipedia.org/wiki/Portable_Document_Format#Vector_graphics):

Beginning with PDF 1.3 there is also a shading pattern, which draws continuously varying colors.

Created with the code

When exported as a pdf it becomes:

I think I am correct in stating that Mathematica supports a more recent version of pdf than 1.3 so where is the problem? Is there a workaround? My graphics are still simple 2d lines but such that vector formats are far preferable to rasters.

May thanks for any help offered, I am surprised that I have been unable to find a solution.

EDIT: Two other exporting options which have occurred to me are:

EDIT 2: Not sure if this should be an edit or posted as a reply but it's a bit long for a comment.

Taking on board the comments of @Szabolcs and @Jens I've tried a few more things out. Specifically I have compared exporting the line as shown above, and a line created using the Polygon function instead of Line (similar therefore to @Szabolcs triangle). I have exported both as PDF, EPS (then converted to PDF via terminal) and SVG, in all instances the option "AllowRasterization" -> False is used. What I have found is: 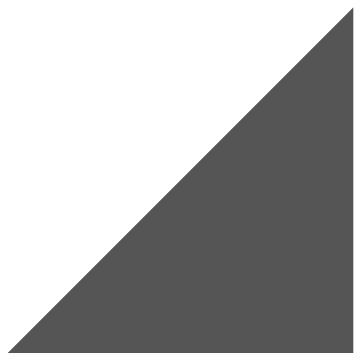 Current Conclusions: My current conclusions therefore are that exporting to PDF is incompletely implemented (and should be better).

And that exporting Line objects is flawed, there is no way to export a Line object with VertexColors as a vector graphic.

So a very limited workaround for the most basic shapes is to recreate them as polygons, export to EPS, then convert to PDF. This however does not allow the use of any curved elements, still unsatisfactory for my purposes. I will consider reporting this as a bug (unless anyone advises me otherwise!).

Thanks for your help so far guys.

Browse other questions tagged graphics export bugs pdf-format or ask your own question.