How to add Polygons (using existing Lines and Points) to MeshRegion?

I have a MeshRegion N with Points and Lines, but without Polygons. That means that MeshCells[N, 2] returns {}. My mesh looks like this: 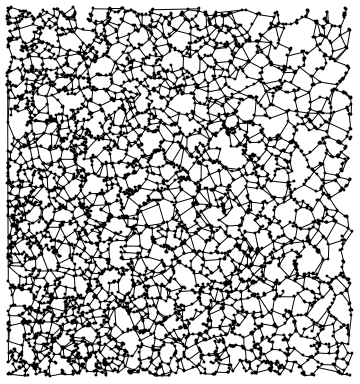 How can I add Polygons, made of closed set of Lines, to my MeshRegion N? I need it to calculate area of each domain in my mesh.

I think this may work though I'm not sure why. I made it up through trial and error, aiding by #18514. You'll need nextCandidate and FindFace from there.

First of all since you haven't provide some example data, let me generate some wireframe: 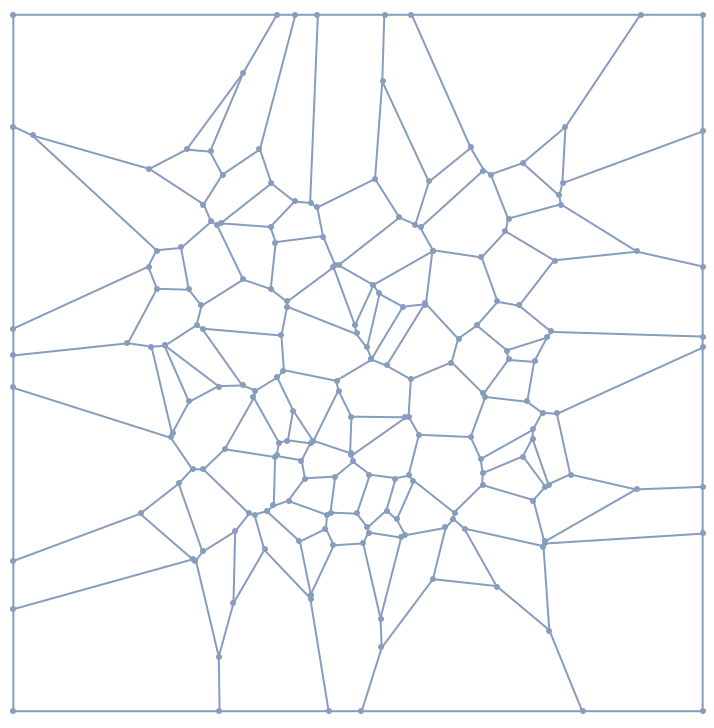 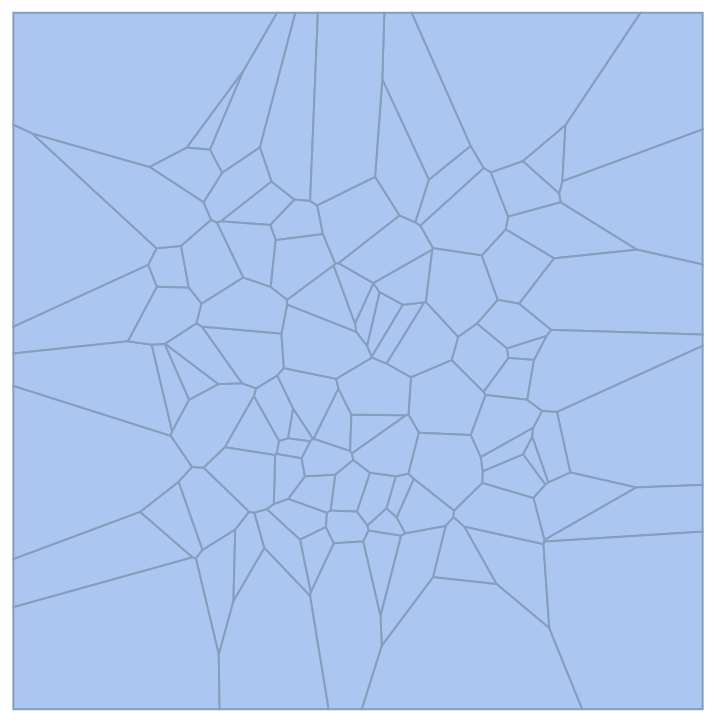 Then you can obtain the area of each polygon as follows:

Let's see if the method works for your specific wireframe.

3
Add contour lines to Graphics3D
10
How do I get ConvexHullMesh to return polygons instead of triangle as surface mesh?
4
How to calculate a Delaunay mesh nerve?
2
MeshRegion: How to take out a subregion
6
How to group points based on mesh primitive membership
9
How to add 'border' to Voronoi diagram
7
Identify the Vertices and Lines around the edges of a free surface - Mesh/DiscreteGraphics
5
Bounded polygons in Voronoi diagram and calculating the areas and the number of sides of each polygon
4
For "RegionPlot", how to fill lines, points, or grids in different areas?
3
Generating a non-convex polyhedron from polygons and normals