A bug in Rasterize and Graphics: diagonal line is under-diagonal 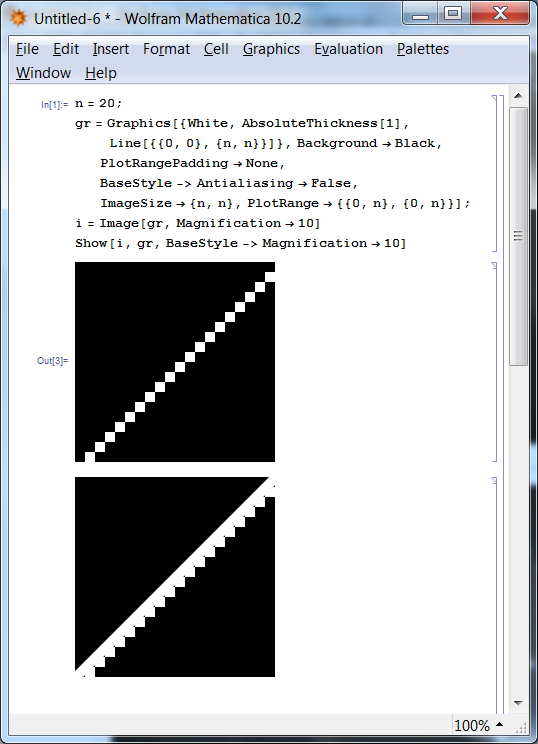 As it is clearly seen, the diagonal white Line is converted to under-diagonal line by Rasterize. Is it a bug or I misunderstand something?

A bit of investigation.

The first what come to mind is that the described bug is a result of incorrect conversion between the coordinates in Graphics and the pixel positions in Image. Typically they are shifted by 1/2 relative to each other, the latter having vertical positions counted from the top to the bottom. 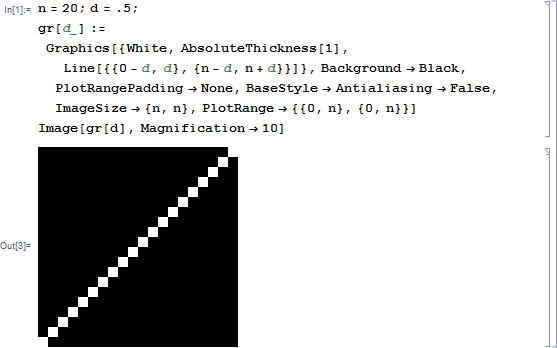 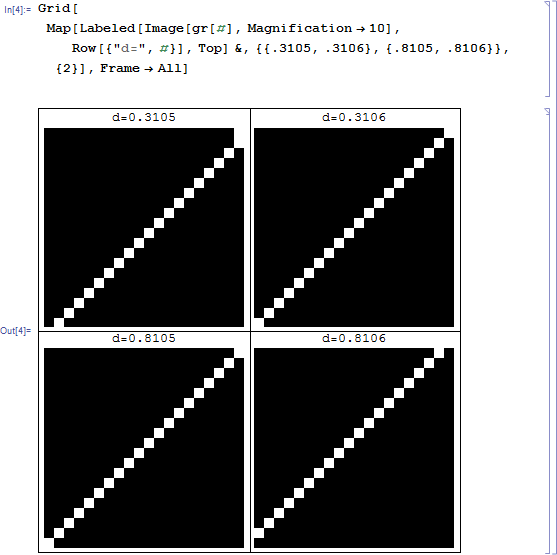 What a strange threshold! Apparently Rasterize does not use the Bresenham's line algorithm.

Not the answer you're looking for? Browse other questions tagged graphics bugs image conversion rendering or ask your own question.

5
PixelValues along a straight Line
2
How does PDF export handle text alignment?