Using a pointer in NETLink

I am trying to use NETLink to control a camera exposure in our experiment. I have successfully connected to the camera and taken images. However, downloading it off the camera is trickier. The code that works in C# looks like this.

The signature for the GetImage process is

My understanding is that I have to pass the pointer that points to a preallocated array of the right size to GetImage. My attempt in Mathematica looks like this

My sleep deprived self greatly appreciate any help.

@WReach, thank you for your help. Here's the working version of Mathematica/NETLink code, based off of WReach's

And you are rewarded with a grainy picture of my laser probe beam. 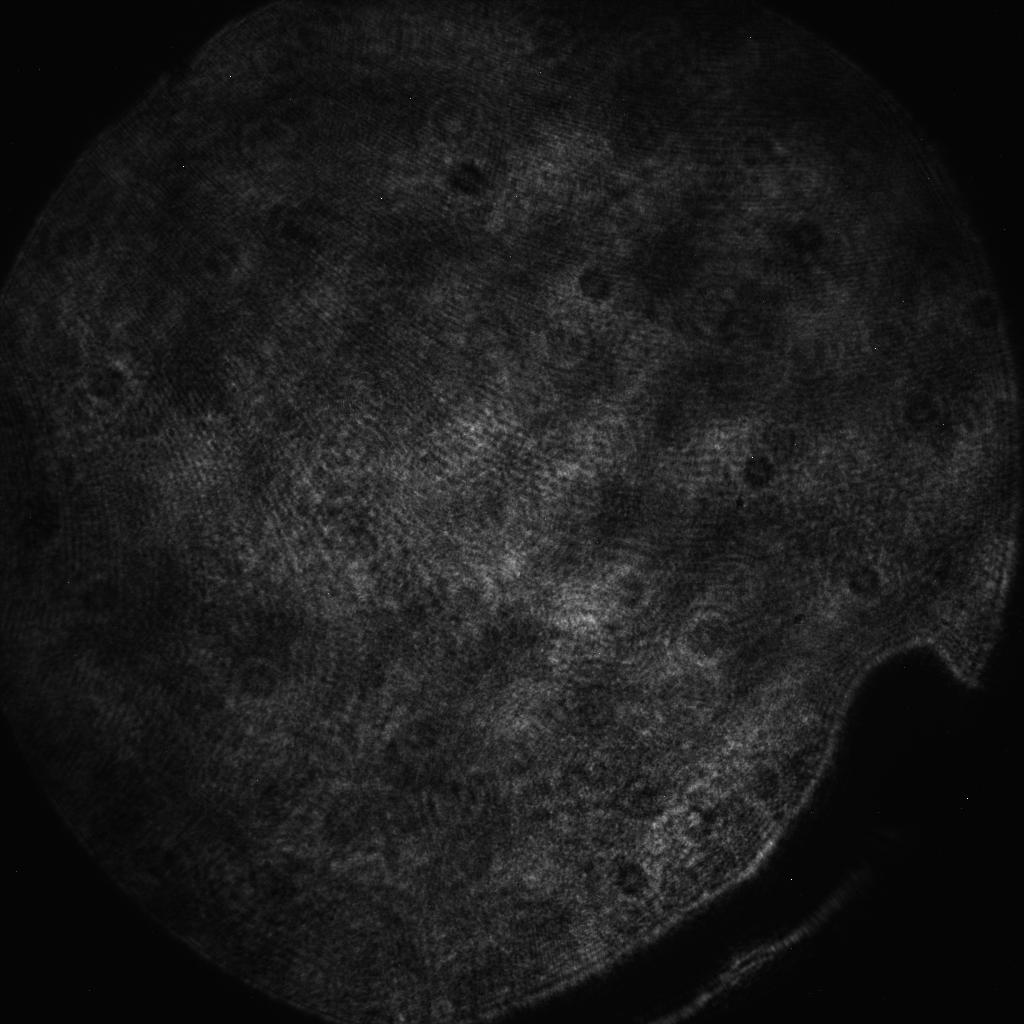 Thank you WReach. I would have never figured this one out on my own.

@WReach, your answer makes a lot of sense. Your example works perfectly fine on my copy of Mathematica. However, I can't seem to get it to work with GetImage Method. Using NETTypeInfo, the signature of GetImage is this

It seems that Mathematica/NETLink convert from the parameter type from long to int. I have tried the both of the following codes.

both gave the same error of "Improper arguments supplied for method named GetImage."

I suspect this is because of some funny conversion that NETLink does to import the class into Mathematica. I can't seem to figure it out though. I have noticed that System.Int32 has this method

Could we maybe try to get this to work somehow? I have tried without success.

The signature of GetImage as returned by NETTypeInfo tells us that the function wants a pointer to the image buffer as a simple integer. We will be accessing this method through the .NET managed memory environment. Therefore, we must pin any allocated managed memory before passing it to the function.

What follows is a self-contained example that uses the Win32 API function GetUserName to simulate the unmanaged memory operations required by GetImage.

CAUTION Working with unmanaged memory is dangerous. The slightest error in array sizes or pointer arithmetic can cause the kernel and/or the NETLink connection to fail catastrophically requiring a restart. Save early and often!!

We start with a bit of preamble:

We need to import GetUserName into the Mathematica environment. For the purpose of illustration, we will be lying about the signature of the function by saying that it takes int parameters instead of pointers:

The function actually takes pointers to two arrays - a character buffer and an in/out size parameter:

Here is the key part... we must pin those objects in memory so that they have a fixed memory location:

Now that we have our pointers masquerading as ints, we can use them:

The pinned memory should be unpinned as soon as the pointers are no longer needed:

We can extract the final results using the usual NETLink methods:

An appropriate array can be created using NETNew:

Here is a self-contained example that uses List.CopyTo to simulate the array-overwriting action of Camera.GetImage:

Not the answer you're looking for? Browse other questions tagged .netlink or ask your own question.

7
How to make a get image by a NETObject