How to automatically remove text from images?

I'd like to remove the text in the center of images automatically. To use Inpaint[], you need a mask, but I don't have one. So really the problem is:

How to build a mask for an image that contains a known overlaid piece of text?

Here are some example inputs: 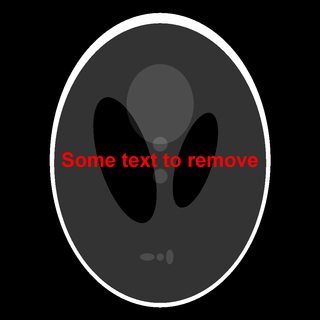 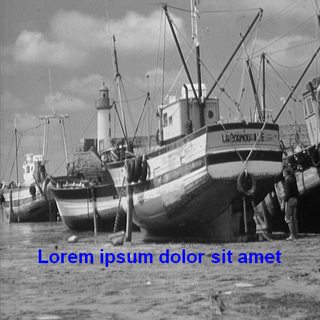 There is a reason why watermarks are there in the first place - to prevent unauthorised reuse of images. For more information on the issues around removing watermarks from images, this Wikimedia article is just one of many useful resources.

The answer below is intended as an exercise in automatically removing text from an image using the inpainting technique. The first part of this answer assumes an unknown text overlay using binarization. The second part of the answer attempts to deal with a known overlay image but unknown position, using image correlation.

For scenarios where the text is a given colour that differs a lot from the rest of the image, this is a job for ChanVeseBinarize[]. It even works fairly well with translucent text - here's an example with a bit of translucent white text, using a Mathematica test image:

And finally the inpainting, making use of the method options to improve the result. It introduces a few artifacts due to an imperfect mask (for example, look at the red edge of the nose), but it's not bad given the text was translucent to start off with. With fully-white text, it's much better. 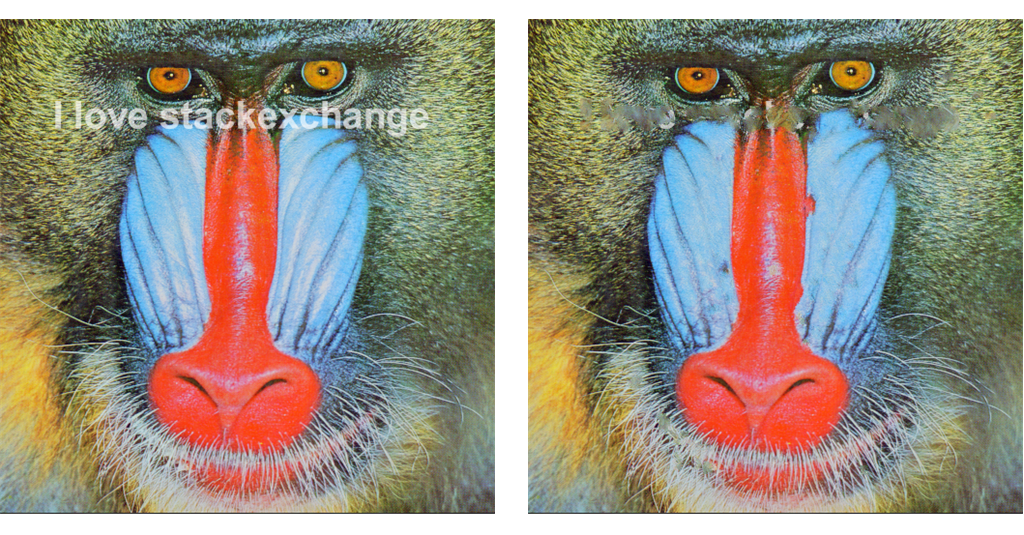 This deals with a known piece of overlay text, and makes use of ImageCorrelate[]. Here I make no change to the size or orientation of the overlay, but if you look in the documentation of ImageCorrelate[] under "Generalizations and Extensions" you'll see an example of finding rotated occurrences of a template.

Then we use ImageCorrelate[] to find the most likely position for the text in the image, and MaxDetect to extract its position (the white dot).

Finally we can construct a mask from this information and inpaint. Here the performance is much better than above, because the mask is better. 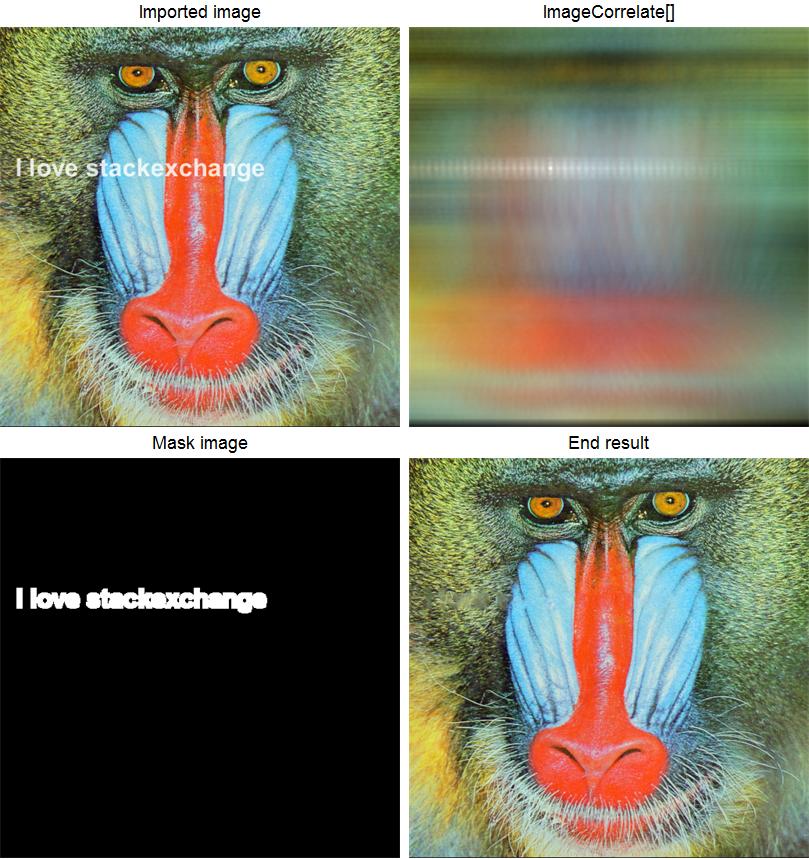 Here's an alternative approach that uses the functionality of ImageAlign[] to remove the watermark. 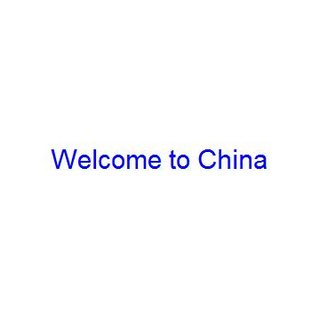 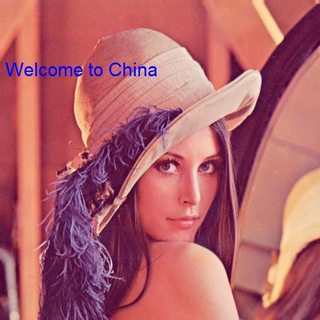 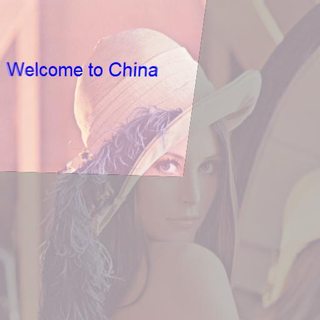 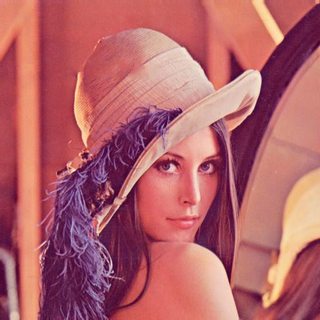 37
Cleaning mildew from old documents using Mathematica (Image processing)
3
How do I remove text from an image?

3
Remove borders in a series of images
4
Overlay two images
5
Mask outliers in an image
6
Aligning transformed images to form a mosaic
6
Strategy to build efficiently an image using parts of many images
5
Finding position of text returned with TextRecognize
6
Layout: Images and Text
1
How do I visualize images stored in SQL?
5
How to separate n colors from image into n binary images?