I have this topological cadastral map, and others: 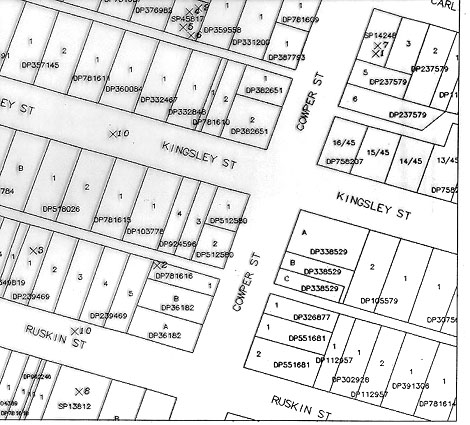 It can be imported into Mathematica using

I want to retrieve a description of the buildings, to be uploaded to OpenStreetMap.

I'd like to extract features from it (edges, etc.) and get the buildings' shapes in the form of polygons. I tried EdgeDetect - it does get edges and borders, but outputs a raster image. What I want is a vector image instead, with lines for each edge of the building.

None of the functions I used worked for me (such as Export to SVG), and I've run out of ideas.

What should I try? How do I best fit polygons to the result of EdgeDetect?

19550 is a (not very) similar question with answers that may be useful.

If you know that all the areas are convex, then this is quite easy: ComponentMeasurement has a measurement "ConvexVertices" that returns just that: the vertices of the convex hull:

the vertices are unordered (or maybe in the order they were discovered?), so I need to sort them:

Then I can display them: 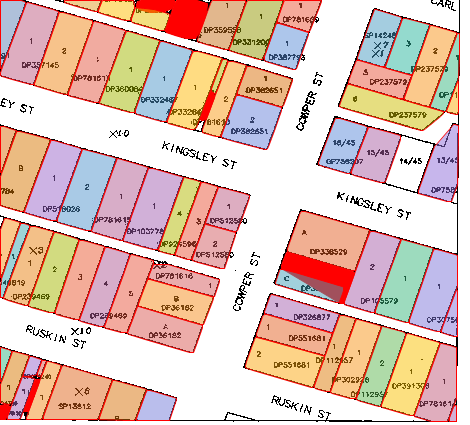 I've marked the polygons with low "ConvexCoverage" red: those are the non-convex buildings. If you can live with the convex hull for these, you're done.

The idea is then to use MorphologicalPerimeter to get the perimeter of said mask, and use PixelValuePositions to convert the resulting binary image to pixel coordinates. Sadly, that gives us a very "unclean" perimeter, because of the label texts in you image. I've tried to remove those using a Closing morphological filter.

Sorting the vertices of a convex polygon is more difficult, too. I'll use FindShortestTour as a quick&dirty way to sort them (that's an approximative algorithm to an NP complete problem, so you're not guaranteed a perfect solution, though!)

Now we get the "right" outlines for the convex areas, too. 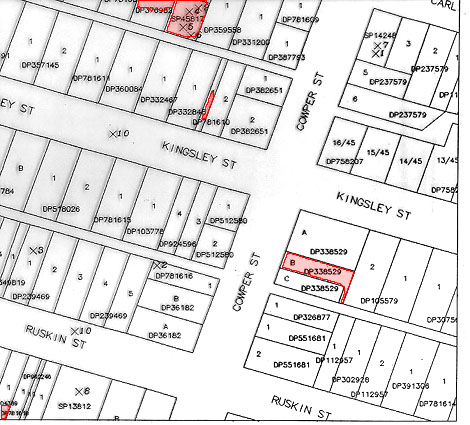 Note: The polygons still contain one vertex for each boundary pixel. You might have to implement something like the Ramer-Douglas-Peucker algorithm to reduce the number of vertices.