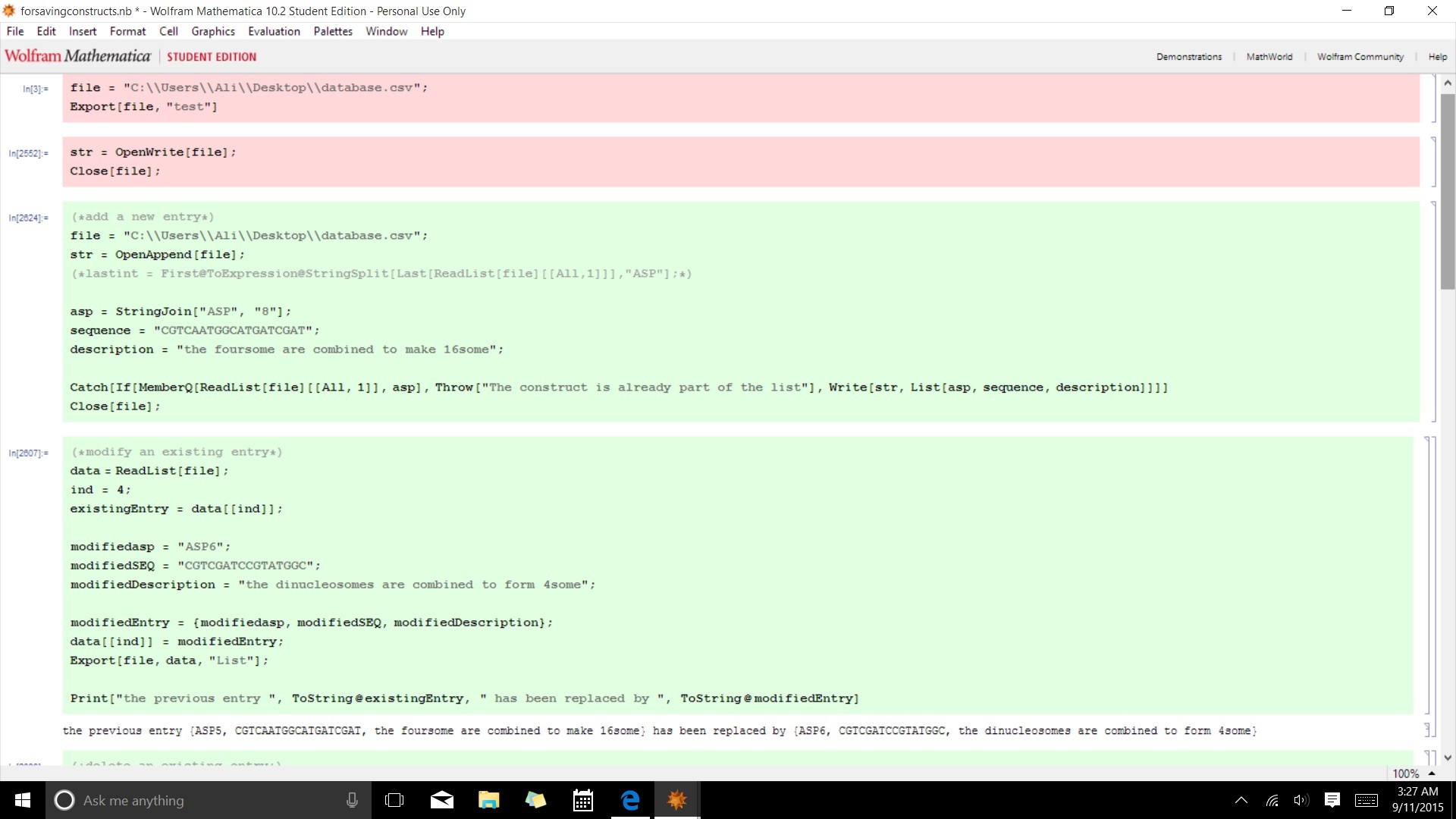 Hi, I am trying to create a small repository by entering three things as a list of string, namely the asp, sequence and description. The trouble that I am facing is that while I am manually running the first green block by manually changing the value of the integer-character in asp, things are running fine and I am able to use ReadLines[file] properly.

However, when I try to modify a previous asp by running the second green block of the code and using the modifiedasp, things go haywire and the output seems strange. By strange I mean that any new value that I add (now running the first block of code) after modifying a previous value (second block of code) gets incorporated together into a single list of strings. The output is shown in the second figure. I modified two values and therefore two new additions somehow merged with the modified values. Can anyone suggest me what I am doing wrong? Thanks !

After deliberating for sometime, I found the a modification of the above code that solves the problem. What I ended up doing was replacing the Export command with Put in the second block of code i.e. (modify an existing entry)

Not the answer you're looking for? Browse other questions tagged list-manipulation export string-manipulation or ask your own question.