Given an exact formula, how can Mathematica find a probability distribution whose PDF matches it?

So, given some data, Mathematica 10.2 can now attempt to figure out what probability distribution might have produced it. Cool! But suppose that, instead of having data, we have something that is in some ways better -- a formula. Let's call it $f$. We suspect -- perhaps because $f$ is non-negative over some domain and because the integral of $f$ over that domain is 1 -- that $f$ is actually the PDF of some distribution (Normal, Lognormal, Gamma, Weibull, etc.) or some relatively simple transform of that distribution.

Is there any way that Mathematica can help figure out the distribution (or simple transform) whose PDF is the same as $f$?

As it happens -- and as I discovered with some research and guesswork -- this formula is the PDF of NormalDistribution[Log[5], 2] evaluated at $m$. But is there a better way than staring or guessing to discover this fact? That is, help me write FindExactDistribution[f_, params_].

But unless I knew that if I replaced $a$ by Log[5] and $b$ by $2$ that I would get $f$, this fact would not mean a lot to me. I suppose I could look at the TreeForm of $f$ and $g$ and I would notice certain similarities, and that might be a hint, but I am not sure how to make much progress beyond that observation. Ultimately, the problem looks to be about finding substitutions in parts of a tree ($g$) which, after evaluation, yield a tree that matches a target $f$. I have the suspicion that this is a difficult problem with an NKS flavor but one for which Mathematica and its ability to transform expressions might be well suited.

I appreciate the responses here. But let me provide an example that is perhaps not so easy. Suppose the target function f is as follows: $\frac{7}{10 (a-2)^2}$ for the domain ($-\infty,\frac{13}{10}$]. If we create a probability distribution out of this and then generate 10,000 random samples from the distribution and then run FindDistribution

The mixture distributions are clearly of the wrong form, the normal distribution is clearly not right, Although I am not positive, I don't believe the Weibull Distribution or the Beta Distribution is correct either. In fact, I don't know what the correct answer is, though I think it might be a fairly simple transform of a single parameter distribution. The point, however, is that the FindDistribution process, does not seem to work in this case. And that's why I am hoping for something better.

Maybe this is not exactly what you are looking for, but at least this gives you a very close guess and it is easy to figure out the rest.

So you did not get symbolic Log[5] but at least you got distribution right. This will work in much more complicated cases.

The target PDF for comparison is 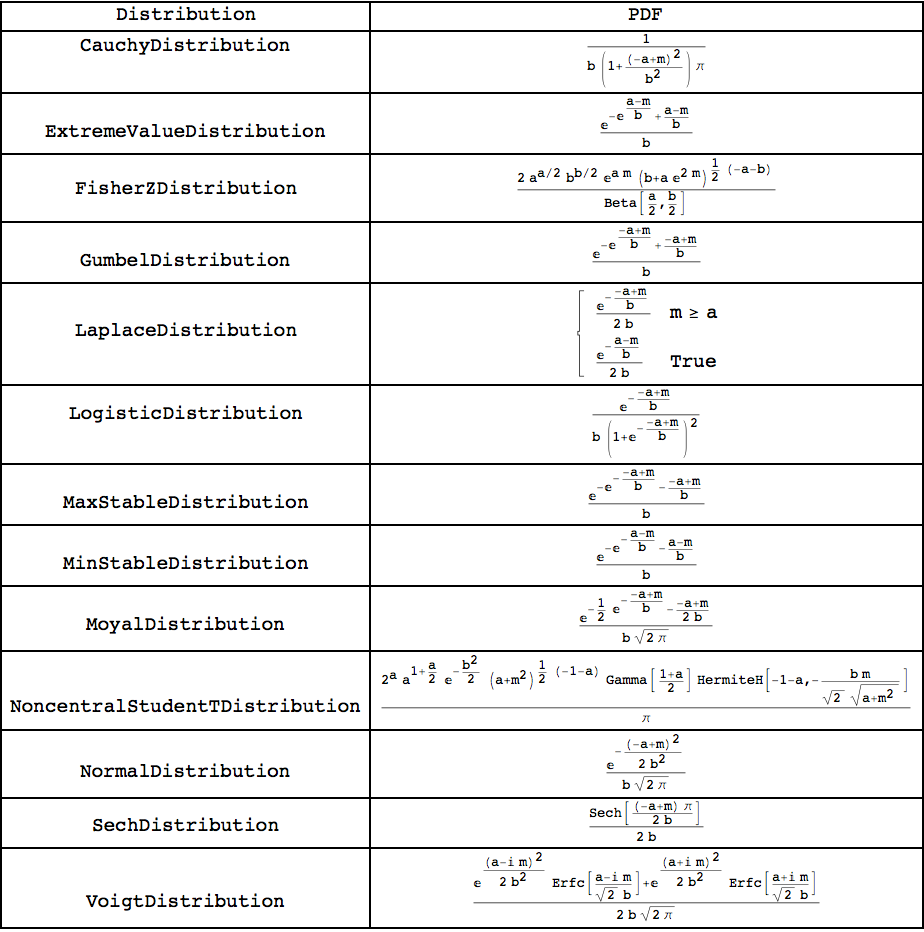 The NormalDistribution is the likely distribution

Verifying that the PDFs are identical

So the target distribution is