Strange behaviour of order of execution or bug? 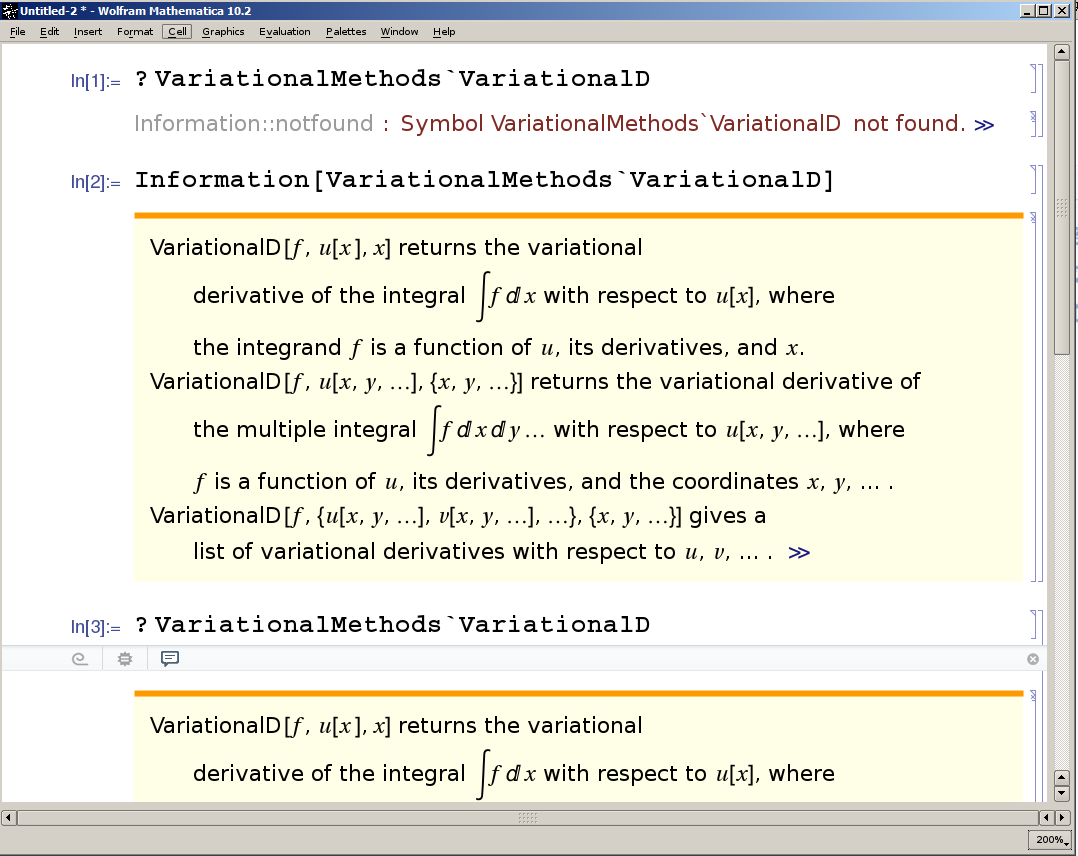 In[1] and In[3] are identical but the output is different.

? name is a special input form with nonstandard parsing behavior, just like >>> as explained here.

When you write a line starting with ? the item following it is not a Symbol, contrary to appearances. Instead it is a String with implicit delimiters. This is not simply a matter of a hold attribute. For example HoldComplete[a^] is incomplete syntax and cannot be entered, yet:

Information::nomatch: No symbol matching a^ found. >>

Using the same method as for the linked question we can take a look at parsing itself:

Observe that in the first case "a^" remains an undivided String whereas in the section it is parsed into a RowBox.

We can look at the next step in evaluation by using MakeBoxes:

Note that the first argument of Information is the String "name" and not the Symbol name.

So know you know that your ? name input form actually becomes:

And indeed this behaves just the same. But why does this say "No symbol matching" in a fresh kernel while this does not?:

Consider the way that DeclarePackage works:

You can use DeclarePackage to tell Mathematica automatically to load a particular package when any of the symbols defined in it are used.

The String "ErrorListPlot" does not count as the use of the Symbol ErrorListPlot as explained in the documentation for Stub:

Therefore the implicit string form of ?name does not constitute a use of name and the package is not loaded, resulting in the nomatch message.

I do not think this a bug, but more of a peculiarity of paclet manager. This sort of thing happens when a package isn't loaded and a function it defines is mentioned. This what I think happened.

At the time you evaluated In[1], VariationalD was an undefined symbol, because the VariationalMethods package wasn't loaded. Which is what the message you got told you.

Evaluating Information didn't load the package, but it triggered the packet manager to get the paclets it needs. So the next time you evaluated Information, you got what you expected.

Not the answer you're looking for? Browse other questions tagged packages system or ask your own question.

15
Infix form of PutAppend ( >>> ) does not work with variable
2
Is ? and Information equivalent? Are they the same in Linux and Windows?

4
Parsing subscripts when loading package files via the FrontEnd
9
Command line execution of Mathematica notebooks and conversion to .m
4
Is this a bug in NCAlgebra library?
10
Possible Bug of loading Package @ Mathematica 10.1
0
Distinct packages with identical function and variable names
6
Why does `$Pre` need to be defined indirectly via some other function?
3
Download package to simplify complex conjugation