We have produced a 4*4 matrix in any iteration containing nx from 0 to 2 by steps of 0.5. and in any iteration we have saved sorted orthogonalized-eigenvectors based on their eigenvalues with this code to the storagematrix: 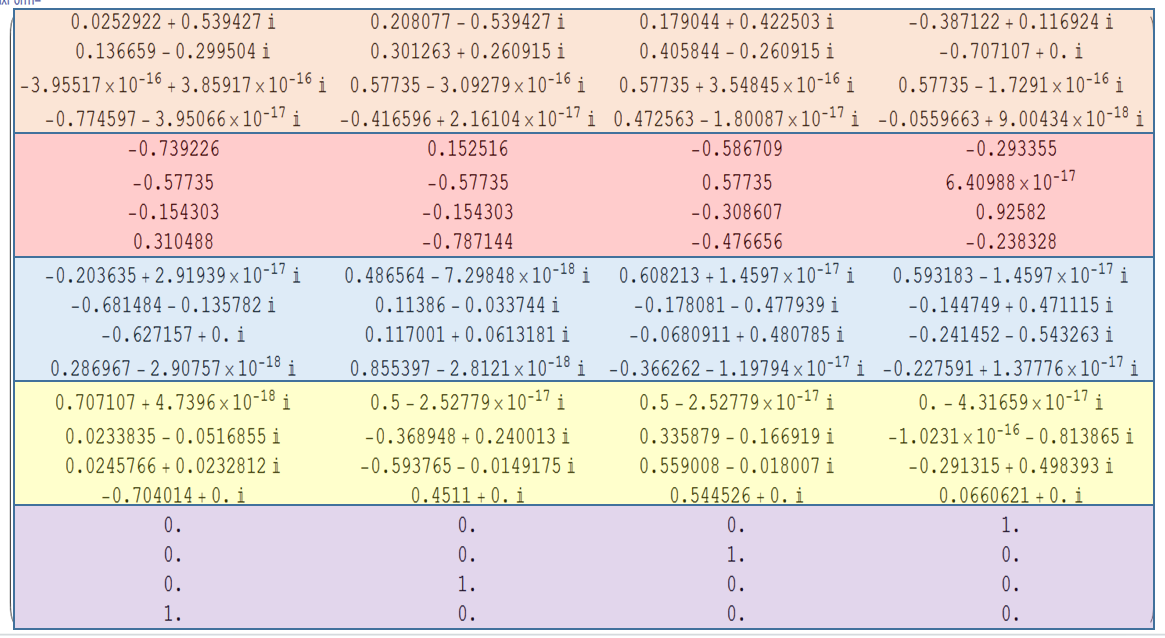 Our desired case at the future is: a Dot production of any eigenvector in any iteration to others and a comparison operation as bellow: 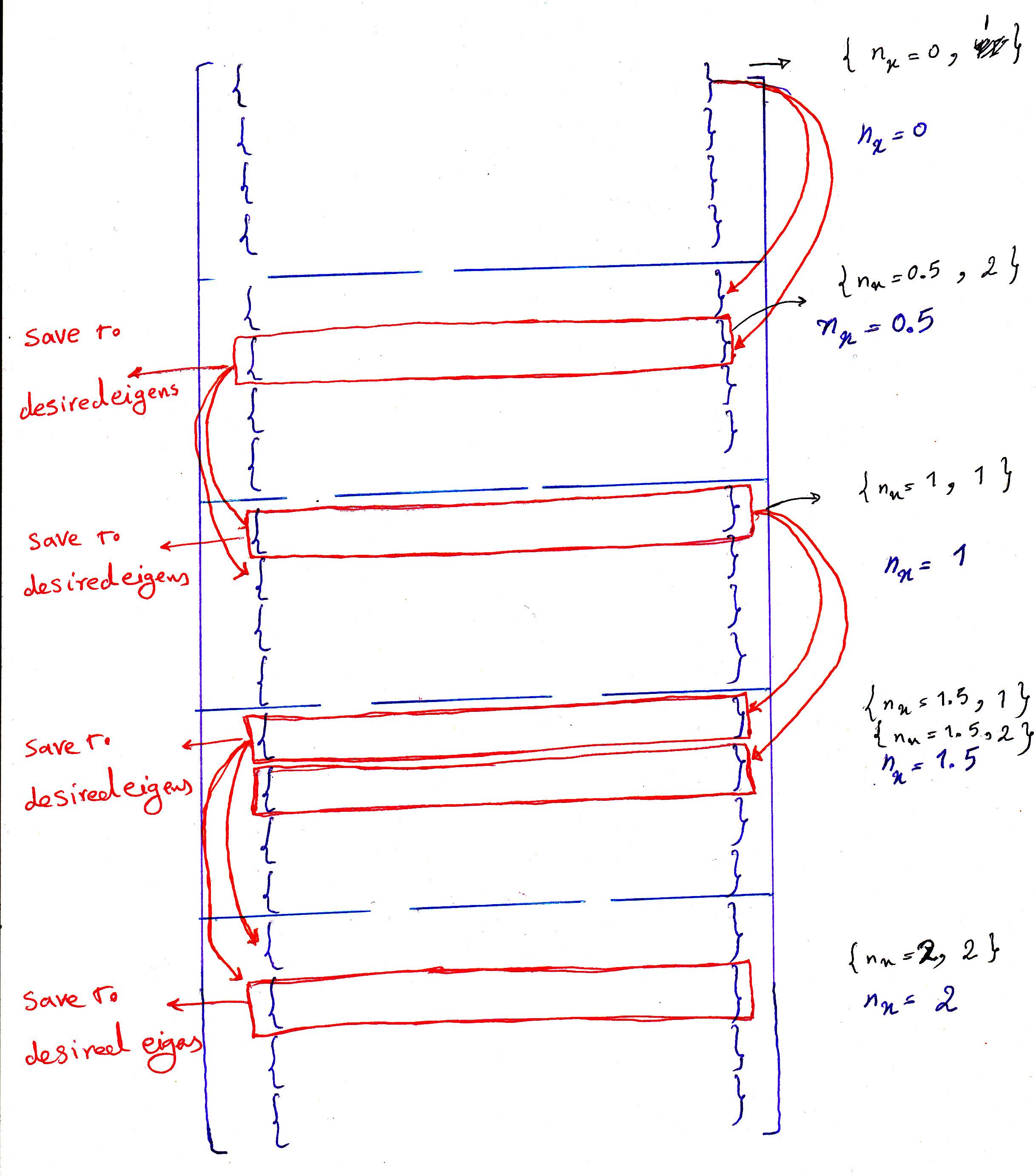 If a multiply (Dot) results less 0.01 for two eigenvectors the program must choose the first one and the first one will continue the process (as for nx=1.5). If the result of Dot, is not less than 0.01, one of eigenvectors must be chosen which is smaller than another product.

Things that are important to be obtained from this code are: 1-desiredeigens (list) [this desiredlist contains eigenvectors which multiplications are less than 0.01 or those which their Dot less than other (eigen, 0,01),(eigen,0.001),(eigen,0.006),(eigen,0.7) however 0.7 is larger than 0.01 but it is the smaller amount of production] 2-a list which shows (nx, the number of eigenvector suitable and if there is no eigenvector the number will be 0) [black written at the right of the figure]

This code maybe result but there are some faults (for example: it doesn't choose just two firstly eigenvectors and doesn't choose the lowest amount for not be in condition)

can obtain the indices of what you want to know about what product is less than others.

Not the answer you're looking for? Browse other questions tagged list-manipulation matrix code-review or ask your own question.

2
Optimizing my code to generate symmetric tensors
1
Matrix and random, weighted assignment of rows
1
What if do NOT want Mathematica to normalize eigenvectors with Eigenvectors[N[matrix]]?
0
Manipulating list based on Euclidean distance
1
Handle matrices and vectors with general dimension
1
Orthogonalization is not commutative!
3
Eigenvalue/eigenvector reordering and/or renormalisation?
5
RowReduction: Wolfram Alpha vs Mathematica