Is this another case of "documented" but "not implemented" ? or at least it is not explained clearly as I cannot make it work:

Two new forms appears in the new 10.2 doc. of AssociationThread (the last two ones below): 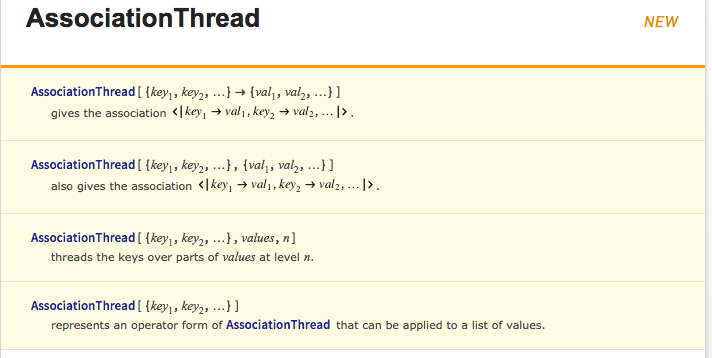 Also, the new templates forms can be accessed through the "Make Template" menu/shortcut: 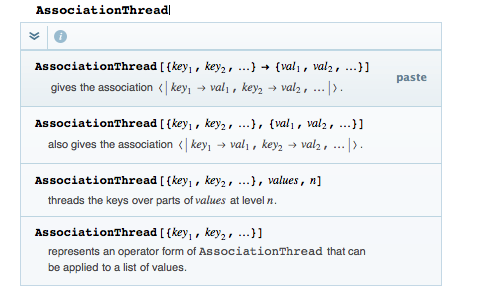 But I didn't manage to get the new forms to work at all, I only get error messages strongly indicating that these forms have actually not been implemented.

This answer is extracted from the comments to the question.

It's already been reported as a bug internally. The documentation is wrong, this is not yet implemented

Not the answer you're looking for? Browse other questions tagged bugs syntax documentation or ask your own question.