What will happen if I set ExclusionsStyle for points in 2D plot? 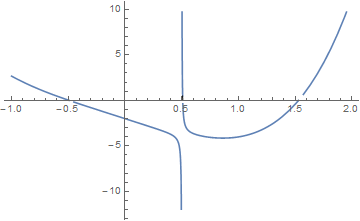 Has the ExclusionsStyle -> Dashed option done anything here?

Outwardly, the graph looks just the same as the one without ExclusionsStyle -> Dashed: 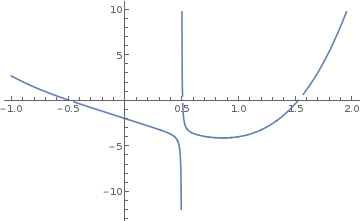 But it's surprising that ExclusionsStyle does make a difference actually. Let's check the graphs with Alexey Popkov's shortInputForm:

We can see that in both cases Exclusions breaks the curves at f[x] == 0, but when setting ExclusionsStyle -> Dashed, 3 very short dashed lines are created!

It'll be more interesting if you extend these lines with the InfiniteLine in v10: 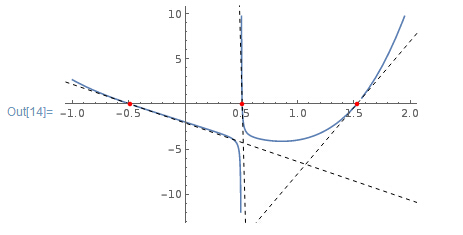 The dashed lines seem to be tangent lines at those excluded points!

Let's check the slopes of the short lines:

They're very close to the derivatives at the exclusive points:

Further check shows that the end points of the short lines are all on the curve:

So the short lines are probably short secant lines near the exclusive points, which can be used as approximate tangent lines.

This is not the end of the analysis, m-goldberg's answer shows that the working mechanism of ExclusionsStyle is even more subtle than what I've represented in this answer, but since my original intention is just to demonstrate the interesting behavior above, I'd like to stop here at this moment.

I think that I stated this before in a previous post: ExclusionsStyle is a rather strange option. It works differently than other style options and the documentation on it must be read carefully.

The relevant part of the documentation for this question is that concerning the style specification for the exclusion boundary points. In the OP's example, where the excluded regions are drawn as dashed lines, only a boundary point style specification will a strong visible effect on the exclusions generated by the plot in question. The dashed lines are too short to show up at the scale of the plot. 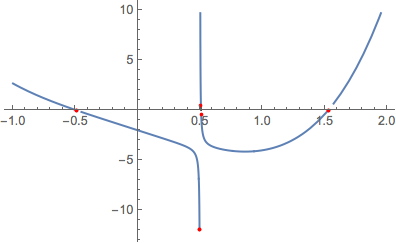 Of course, the exclusion regions can be made visible. Here I do it in a rather gross way, just to make the point. 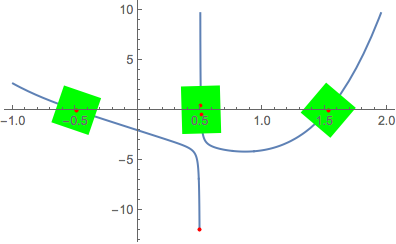 Not the answer you're looking for? Browse other questions tagged plotting undocumented or ask your own question.

23
Where can I get detailed information on how the Plot command works?

5
What is the best way to make a plot complete with legends so it is exported-ready for Word?
4
Plot: How set markers in plot in front of axes
2
How to specify the plot region for plot
1
ListDensity plot does not plot the actual data set
2
Set of points plot: Graphics coloring
5
changing line style from solid to dashed after an intersection
17
What are the possible Method option values for plotting functions?
2
How to plot one set of data as solid line for one domain and as dashed line for another domain?