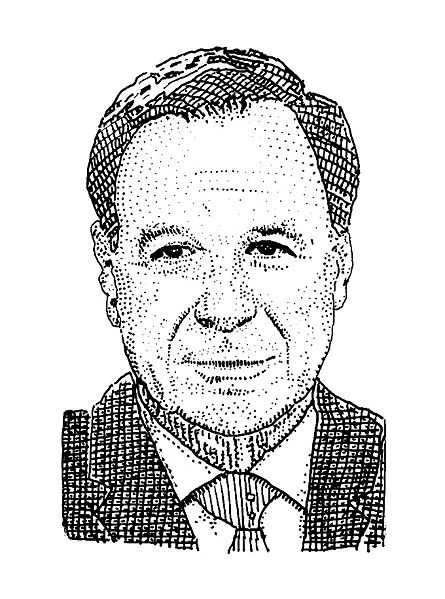 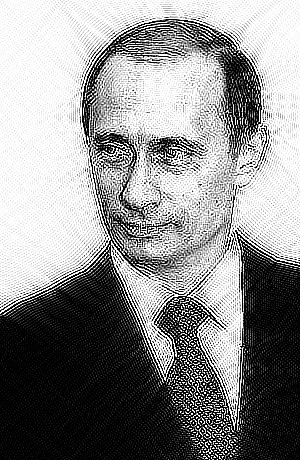 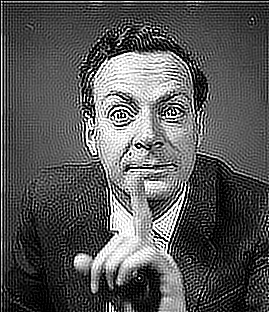 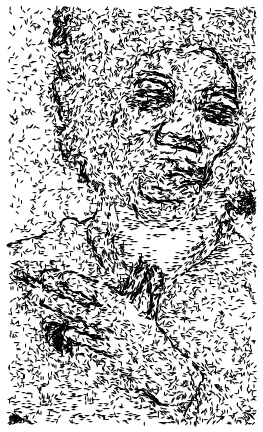 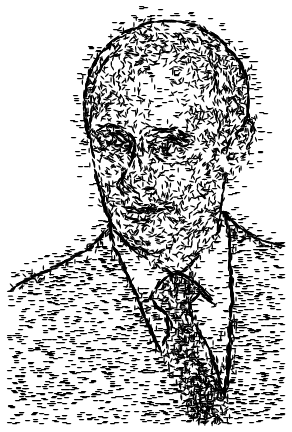 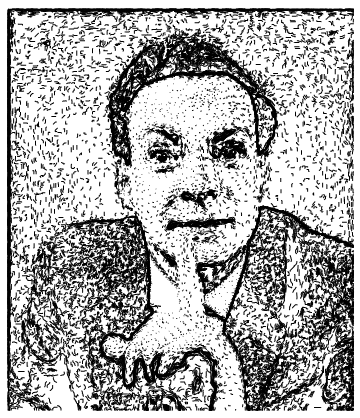 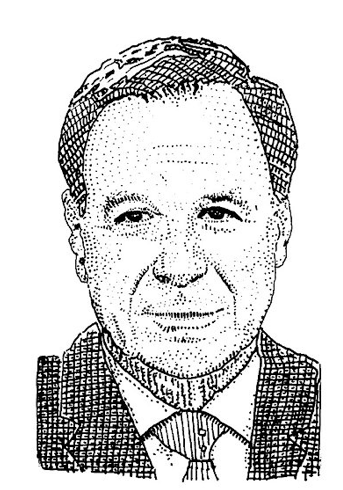 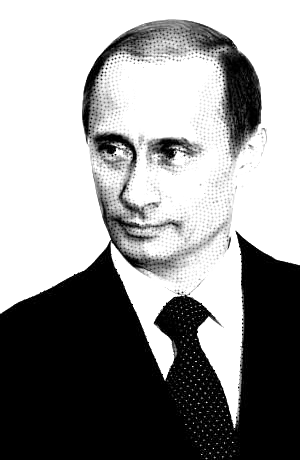 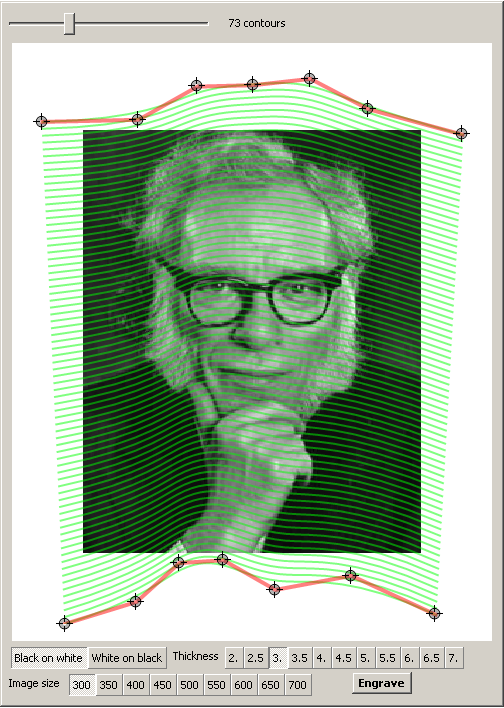 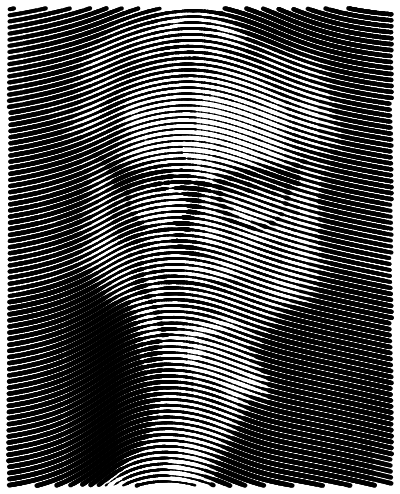 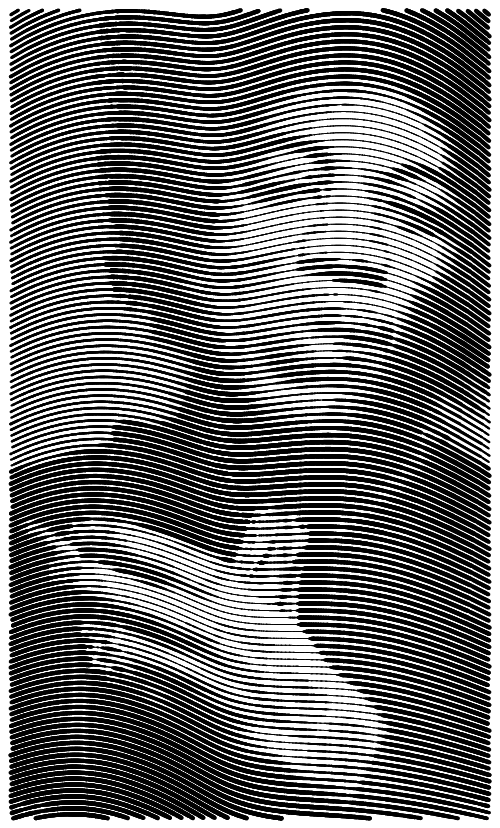 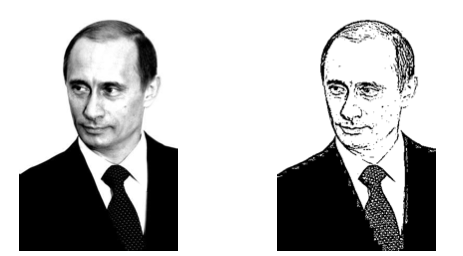 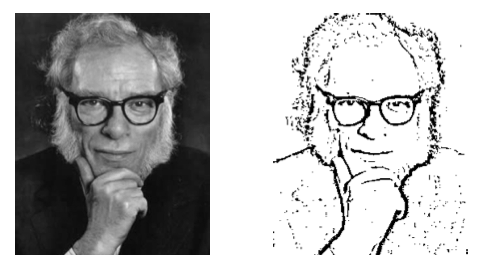 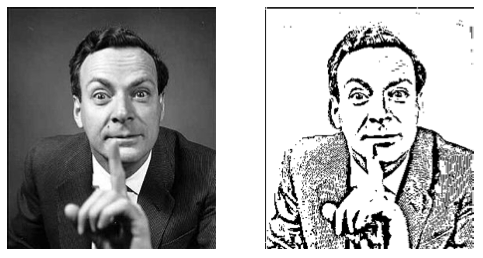 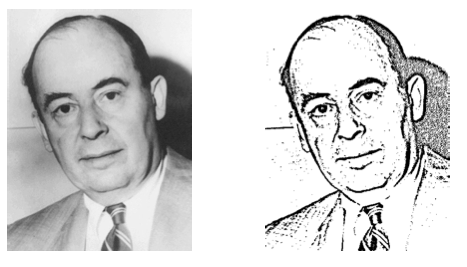 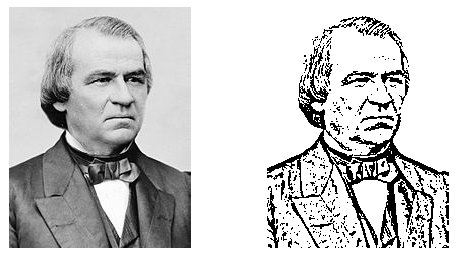 In this day and age we have neural restyling with ImageRestyle introduced in 2017 Mathematica 11.2. I thought it worth demonstrating here, and somewhat arrogantly I fired up Mathematica 12.1.1.0, and using the image in the question as the base style I executed the following: 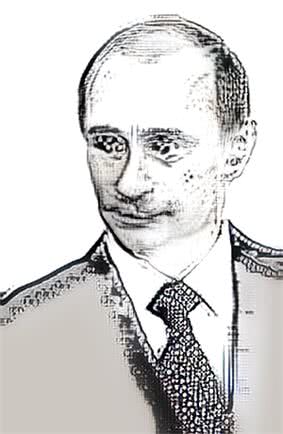 The result isn't particularly great. Thinking this was because I only used a one-shot training sample, I then took as many images as I could from http://www.hedcut.com and executed the following on the GPU instead: 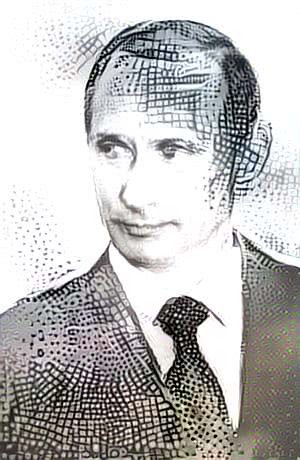 Despite giving it more sample hedcuts, the restyling performs even worse. Clearly the technology still has a way to go before it can reproduce the hedcut styling reliably.

I'd also like to share a stippling effect I tried. If you generate quasi-random numbers from a low-discrepancy sequence at low dimension setting then you can get patterned effects which add a little more texture to the image than ordinary random stippling: 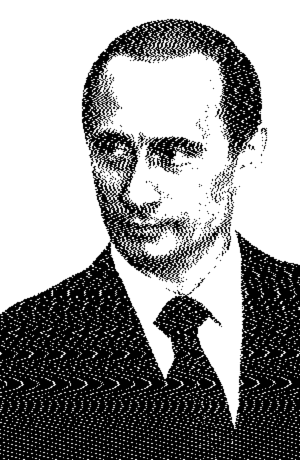 49
Generating stippled (Penrose-style) drawings of surfaces
34
How to create effect like Van Gogh's stroke brush?
9
Create "Ostagram" like Images using Wavelet Transforms
32
How can Mathematica be used to create images like these?
10
How to change an image into Moku hanga style?
13
How to create a faded image using an existing image file
5
How to create meshes with multiple regions from 2D images?