using FindRoot with a Module that takes a parameter

Observed an error when calling a Module from FindRoot.

Note that this example is just the first step of creating a more complete system. The goal is to provide some tools to find the optimal parameters of the system given various constraints. So, in a later implementation would like to pass additional parameters, such as other system parameters and the target time. Also, in later implementations the differential equation will not have an analytic solution.

Below is the module: 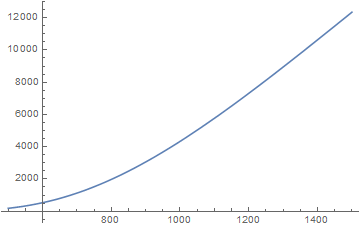 But problems appear when the module is used with FindRoot:

The problem appear to be related to the parameter passed to the model remaining a symbol rather than changing to a numeric value.

Using _NumericQ, resulted in a different set of problems. 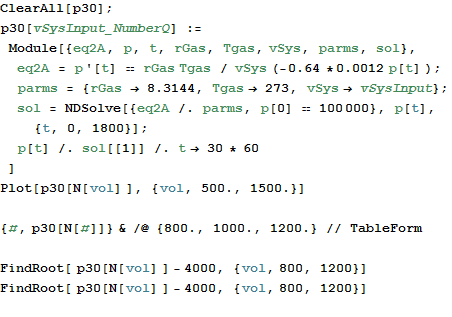 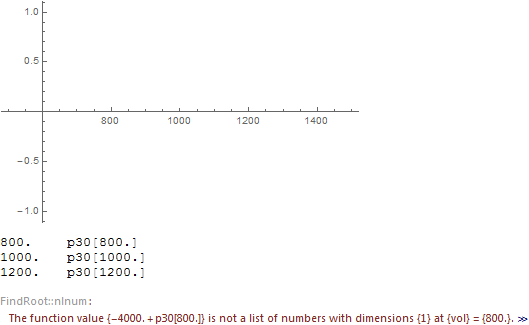 Thanks for your help. Thanks everyone -- works much better with _?, rather than just _

I think in the latest revision there may be missing a PatternTest (or ?):

It's a somewhat frequently asked question, please see this writeup.

504
What are the most common pitfalls awaiting new users?

2
Using FindRoot with an interpolating function
1
Missing solutions for complex equation system
5
Solve numerical differential equations at `t->Infinity`
5
Using Findroot with Precompiled Function
1
How to solve that complicated equation with parameter?
3
Using FindRoot on a function defined with FindRoot
0
Findroot to evaluated a function that become multivalued and varying of a parameter