How to prevent ExportString from reencoding diacritics when exporting as JSON

I'm not sure if it's a bug with Mathematica or if I'm missing something, but when trying to ExportString a UTF-8 string with diacritics as JSON, it's messing up the character encoding and producing invalid JSON. Here's an example:

It doesn't matter if I add CharacterEncoding -> "Unicode" or whatever, the output always ends up as

Has anybody encountered this problem before, or know how to solve it? I'm running Mathematica 10.0.2, in case that matters.

json-format export
Share
Improve this question
asked May 9 '15 at 11:42

Actually this problem is still in Mma 10.2

here is a solution

Here Actually I want to add a Chinese Word but because this problem...

A problem is sometimes we should find two matched encodings

Here is a collection of some problem about encodings.

I don't believe that this is a bug. Here's why:

What exactly happens? Export and ExportString will always encode "JSON" as UTF-8. This may be intentional, as UTF-8 is the default encoding for JSON files. From the documentation:

Strings in the Wolfram Language are represented in JSON as UTF-8 strings, escaped as required by the JSON standard.

Strings in Mathematica have sort of a dual function. They can be used to store:

The Import/Export formats to use for these two different purposes are "Text" and "String", respectively.

The result of ExportString is supposed to be binary data that can be literally written into a file (without any transformations) and produce a correct output.

How to fix it? The question is why you want to ExportString JSON?

Is it to stitch it together with other strings, and then finally export to a file? Then make sure all other strings are also encoded into UTF-8 before stitching, and Export as "String".

Ot is it to display to the user? Then decode the UTF-8 by re-importing (ImportString) this string representing binary data as "Text":

This inconsistency is a bit disturbing because it means that we cannot treat the output of JSON and RawJSON the same way. Exporting this result as "String" would give a text file containing the ASCII characters "o''" and not "ő".

I tried to export your JSON content to a file, using the same format you proposed. This works just fine.

The JSON file generated above also contains the same information:

I tried other strings, and other diacritics: no problems here.

Although I have typically found Export and ExportString to behave very similarly, in this case ExportString fails as you showed on my system as well.

It doesn't seem to be a front-end problem either (i.e. the output is correct, but the front end messes up when formatting it for display). I tried to write the generated string out to a file, and it's still messed up:

As you said, the JSON string generated is invalid. For completeness, on my system the fromWriteString.json file contains:

I recreated MacroB's answer above and confirm this still is a bug in version 12.1.

It is a bug because the jsons show different strings in Visual Studio Code:

This workaround does NOT work either.

Here is a referesher on UTF-8.

And below is an approach by Wolfram Technical Support:

Workarounds via "Text" and ByteArray showing interrelations between binary and textual encodings in String highlighted by Szabolcs (see also this authoritative answer by Itai Seggev): 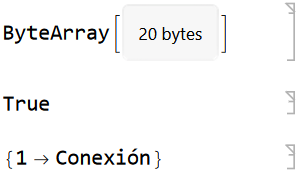 Not the answer you're looking for? Browse other questions tagged json-format export or ask your own question.

12
Bug with Json payload with diacritics for HTTPRequest
9
RawJSON vs JSON format
2
Translate C++ in Mathematica 10.0.2
5
Possible bug in Export with CharacterEncoding -> "PrintableASCII"

8
Exporting held expressions through JSON
10
Importing specific elements from JSON
13
Wrong numerical value while exporting to a JSON string
7
How to get sub property from json result?
29
Who is to blame: parsing UTF8 encoded JSON HTTPResponse fails
12
Bug with Json payload with diacritics for HTTPRequest
3
Visualize JSON timeseries from Fitbit
4
How to export a list of url strings as a json file?