How do I make my Graph vertices into letters that are positioned correctly with respect to the ends of my edges?

to create a figure representing a permutation of the letters of the alphabet, in which I distinguish cycles and (optionally) highlight a specified letter (optionally rotated by a certain number of letters).

I'm trying to get the vertices to be the letters themselves, distinguished by cycle, but I'm having trouble getting results that are satisfactory. I get clipping of the highlighted arrowhead (or too much fiddling the get the arrowhead not clipped) and of the arrows in general, and the whole thing seems to sensitive to scattered values that I can only guess at: in particular the position of the highlighted arrowhead, and the radius of the Disk used for the vertex. 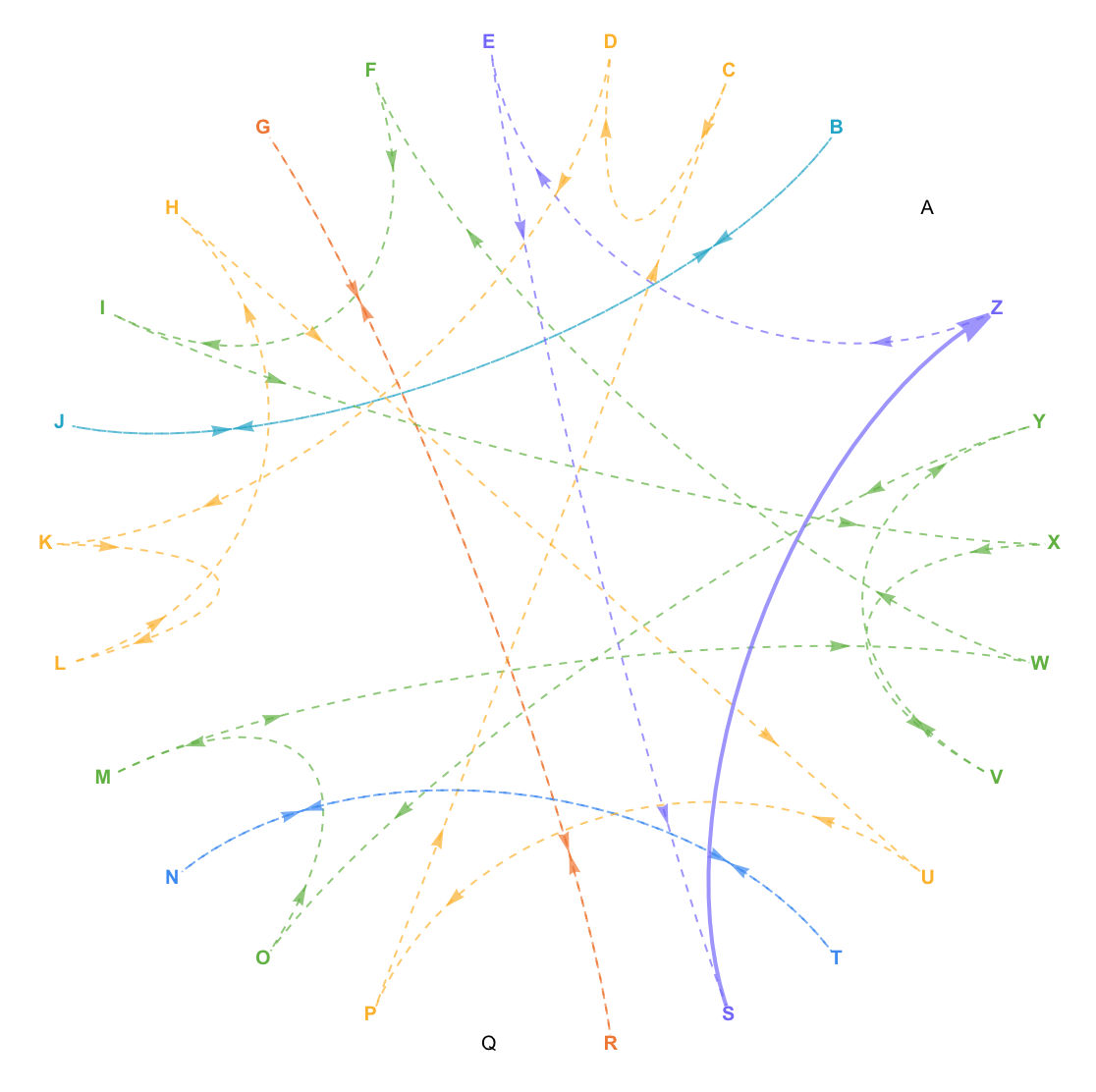 in which the arrow pointing at "Z" is truncated, while the start of that arrow, at "S" gets too close to the letter, as are several of the others (e.g., at "P" and "B"), while some — for example "G" — look fine. Frustratingly, each figure seems to have different arrows and letters that work out.

How do I make my Graph vertices into letters that are positioned correctly with respect to the ends of my edges? Is there an idiomatic way to do this that doesn't involve so many scattered values.

Minimally the arrows should end at the same place relative to every letter (e.g. see "Z" vs "I"), and that place should leave just enough space between the end of the arrows and the letter (e.g "J", but not "B", and certainly not "Z" or "P"). Moreover, the letters should be correctly centered (there a bit off here) and establishing the correct positioning shouldn't (at least ideally shouldn't) require endless tweaking and testing of fiddly settings like arrowhead positions (e.g. each time the highlighted letter is changed or the letter font size is adjusted). I expect I'm just missing some idiom for making vertices into letters.

You could add set back to your EdgeShapeFunction: 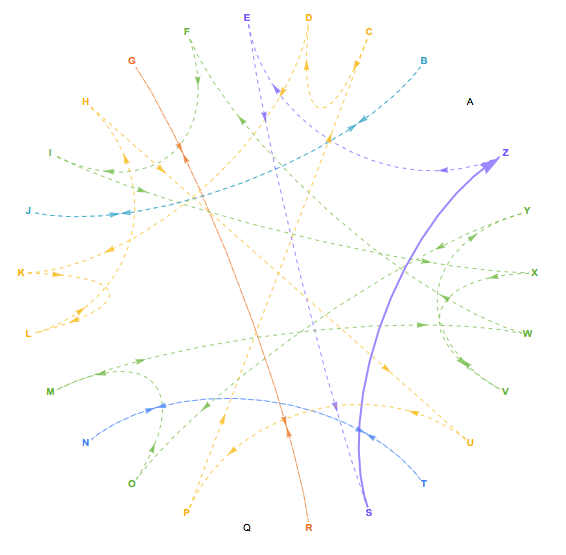 This seems perfectly legible to me: 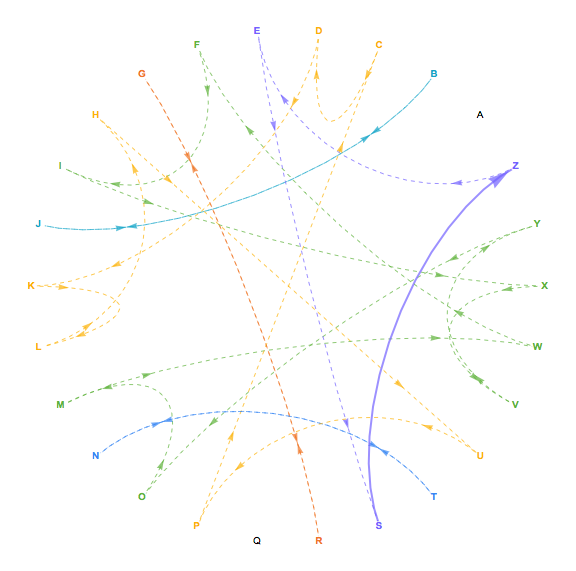 Not the answer you're looking for? Browse other questions tagged graphics graphs-and-networks syntax labeling or ask your own question.

15
Simple algorithm to find cycles in edge list
14
Drawing dessins d'enfants (bipartite graphs subject to certain conditions)
6
How to color edges of a graph which has multiple edges connecting certain vertices
8
Drawing a graph with vertex avoiding edges? (Handling vertices that must be colinear?)
4
How to specify different colors for edges going between the same two vertices in Graph?
9
Tree graph showing all simple paths with dead ends between two vertices in undirected graph
5
How to change order that graph edges are drawn
2
Demonstrate that graphs with different colors of vertices/edges are not isomorphic
3
How do I make some edges in a graph invisible?