Integrate over implicit 1D region: works for algebraic but not transcendental equation?

How come this works: 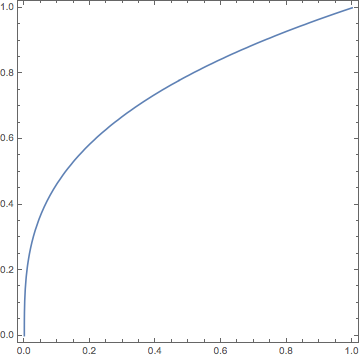 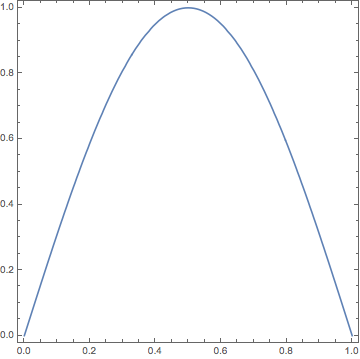 A related question is this one

This is a 1D region embedded in 2D space. NIntegrate needs to know this to produce a reasonable result. My guess is that it uses RegionDimension, which fails here:

RegionMeasure would be equivalent to your NIntegrate example in this specific case and it also fails.

Mathematica can determine the dimension of the other region just fine:

We could however discretize the region first:

This works, but the problem is that at the discretization step we lose precision that NIntegrate can never re-gain afterwards.

DiscretizeRegion has several options which can control how and how accurately the discretization is done. I'm not sure which one is the best choice in this case, but MaxCellMeasure would be one.

Not the answer you're looking for? Browse other questions tagged numerical-integration regions implicit or ask your own question.

3
FindFit working with Integrate but not NIntegrate - I am using "?NumericQ"
0
Integrate works but NIntegrate doesn't
3
Plot implicit region in 3D not working
0
NIntegrate::femrdim: FiniteElement method can only be applied to regions of embedding dimension 1, 2, or 3
3
RegionUnion works but RegionIntersection does not
1
Improve performance of evaluating over an implicit region
0
Nested NIntegrate over a region: Numerical Integration not converging
9
NIntegrate does not converge for this integrand but Simpson's Rule does