Applying different color to result of a geometric transformation 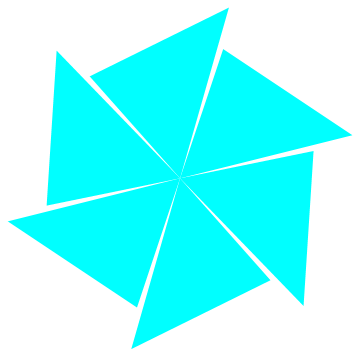 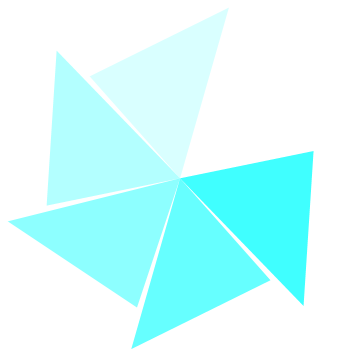 I make most of my graphics as in the first example. Because that is ( supposedly ) the most efficient way. But I have to add gradient colors ( and other options later ), I found no other way to do it as in the second example.

What I in fact want is this:

where g is some geometry. I want to be able to apply different colors to the transformed g's. But not in the way as done in example 2.

Question: How can I apply a different color to the result of a geometric transformation?

Here is an alternative that tries to use the "listability" of Polygon for both, the points and the colors.

The idea is that all individual polygons and their corresponding (different) colors can be provided as two single lists if we use VertexColors: 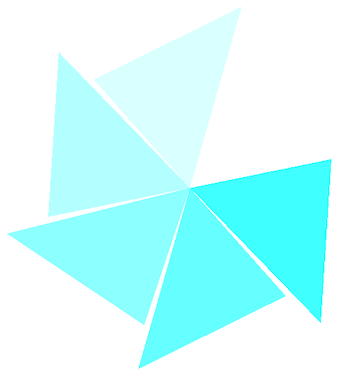 Now although I have to supply two separate tables here, I at least need only one single Polygon command. The separate tables aren't such a big problem, I think, because we have gained a simplification in the graphical part of the code (which is often the slowest).

And by using VertexColors, I of course gain some new flexibility that you don't have if you add face colors the "old-fashioned" way. For example, one can do this with only a small modification of the code: 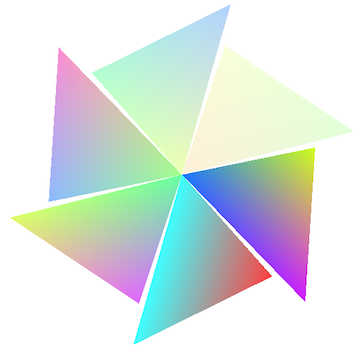 I don't think it is possible to do it as you'd like.

If you examine the FullForm of the graphics made this way (changed a bit to shorten the output) you see the following:

The disadvantage is what you have discovered, you can't change its color or opacity, as these properties are part of the single element's description. As far as I know, there is no Transform type for these properties.

Not the answer you're looking for? Browse other questions tagged graphics programming color or ask your own question.

8
How to create a multi-selectable setterbar with colored buttons
13
Non-geometric transformation of Graphics3D primitives
12
Applying non-Affine transforms to 2D polygons with textures
1
Plot a vector valued function of two variables using color density
2
Opacity function applied to Graphics Objects
3
How to pick a color differing significantly from the colors already in a given color list?
4
ListPlot with different color options
1
Show single legend with approriate color range for a GraphicsGrid
9
Color gradient varying in a path
3
Combine two or more DensityPlot3Ds with different color schemes