I think there may be two bugs in the VertexContract function:

1) The updated graph does not include reasonable edgeweights 2) The function does not actually reduce the number of vertices in the graph. If I have n vertices, and I merge m of them, I would expect to have n-m+1 vertex after the operation.

Let me run through a simple example. In the following a simple graph is built:

The graph, then, is: 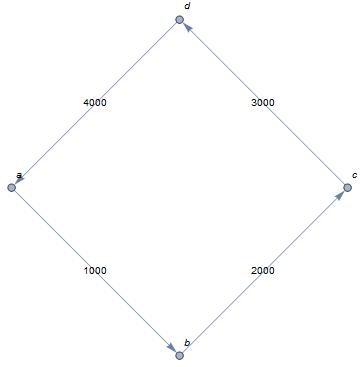 I now wish to merge vertices a and b:

which gives me the following graph: 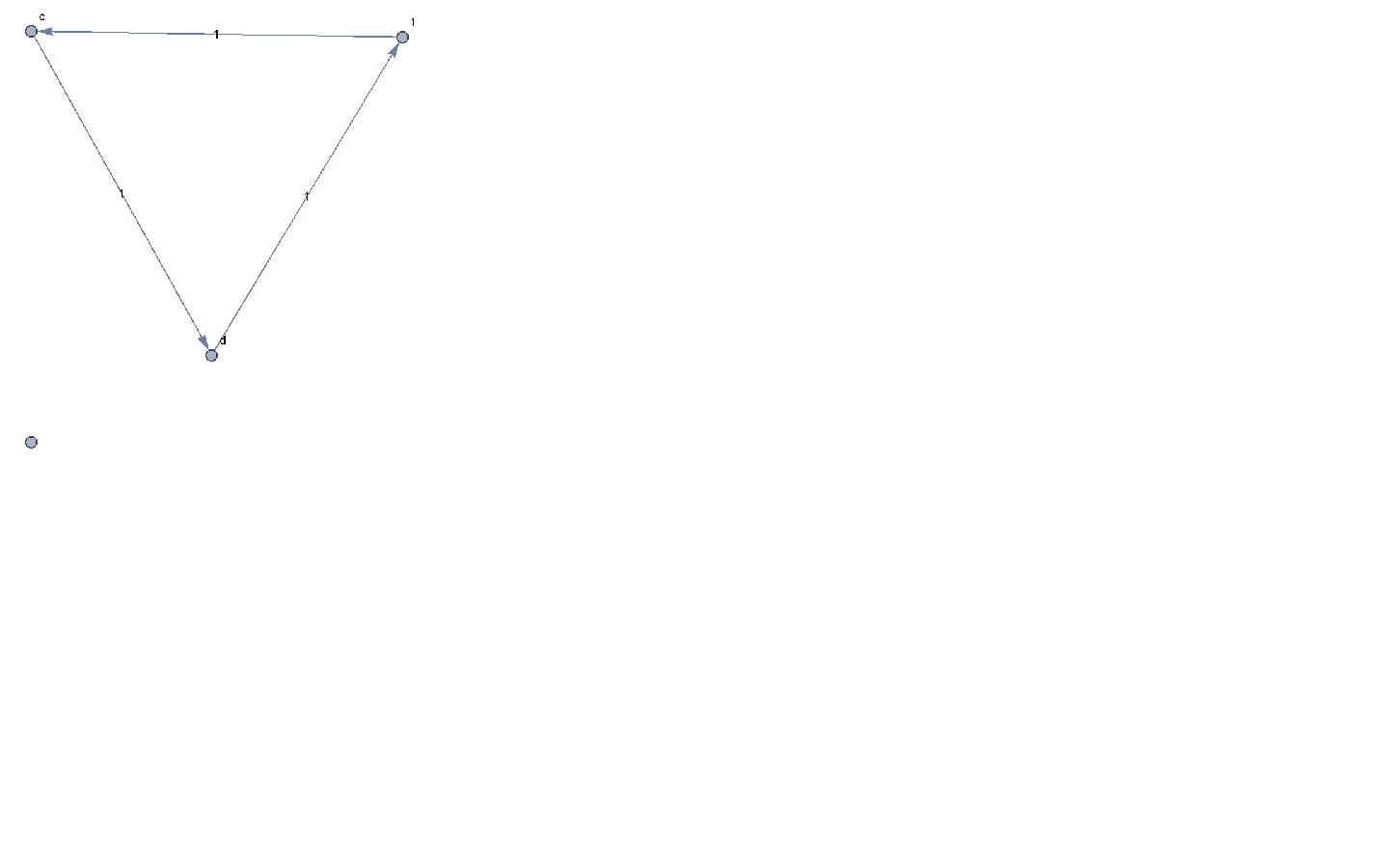 Now, as you can see, the edge weights are now strangely set to all 1's, even on the c -> d edge that is not modified.

There is a phantom node lying around, as you can see in the graph above and in the vertex list. I had expected {c, d, 1}.

Are these bugs? Is the new vertex always added as the last one in the vertex list? Are there workarounds?

1) is not a bug. It's a missing feature. There should be a way to decide how to combine the weights of edges (and vertices) when contracting vertices.

2) looks like a bug (from your description), but it doesn't seem to be present in M11.2 anymore.

Here's how to handle (1) using the IGraph/M package. 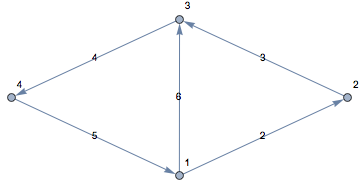 Let's contract vertices 1 and 2 using the IGVertexContract function. If we turn off self-loop and multi-edge removal, the edge ordering will be strictly preserved. This allows us to manually re-add edge weights, but we will end up with a multigaph. 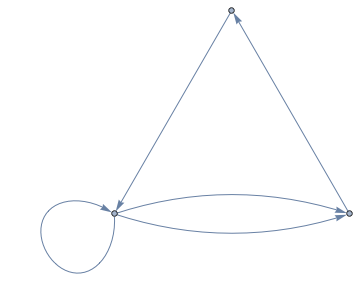 Now we merge parallel edges and add up their weights: 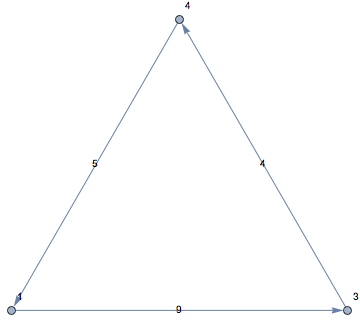 IGWeightedSimpleGraph can also combine weights using other combiner functions (e.g. multiply them instead of adding them up). See its second argument.

8
Ordering vertices with minimum Edge Crossing in Circular Graphs
5
Merging Vertices of a Graph and adding up the edges weights
2
Finding optimal inclusion cutoff to define subgraph of a “large” weighted graph
5
FindShortestPath with VertexWeight
6
How to manipulate graphs without losing properties like EdgeWeight?
6
How to add a list of vectors (lists) to a directed graph as an edge weight?
2
Coloring and Properties for Individual Edges of a Graph