Implement functions that depend on previous value in NDSolve

I want to numerically solve a system of differential equations in Mathematica, say for example

Apologies if this is a poor and needlessly complicated example, but take:

How do I best implement this in Mathematica? Here's my attempt, but it seems crude and I don't think it is functional:

Thanks for your help (and sorry for any confusion!)

There are a few things to mention. 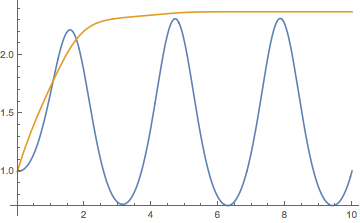 This response does not answer the Question but may provide some useful insight. 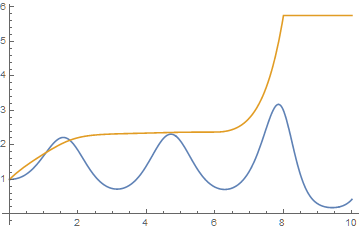 6
When using NDsolve, how to determine the positions of steady states?
8
Using a Mathematica index as a DiscreteVariable in NDSolve when solving a coupled set of ordinary differential equations

2
Green's Function in Mathematica
7
Laplace PDE inside a disk
11
How to diminish computation time when nonlinearity appears in 2D heat conduction equation?
0
Implicit piece-wise function in derivative for differential equation solver
5
How to implement FEM for a 2D PDE with variable coefficients