How can I set an image to be the Notebook's background?

Is it possible to set a notebook's background to a nonscrolling image?

In version 9 there is a new option called BackgroundAppearance that can be used to set the notebook's background.

The picture below was made by setting this option in the option inspector to FrontEnd`FileName[{"SlideShow"}, "WaterTitleBackground.png"] 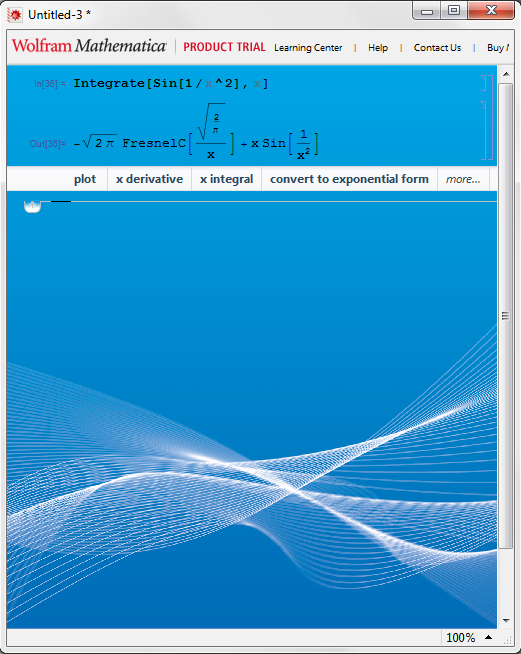 In version 9, Mathematica includes a feature for doing background images which was implemented for slide shows. However, it wasn't documented because, although enough support was included for slide shows, the feature has distinct limitations which shouldn't be enshrined in documentation, and its usage is not the most straightforward at this point. I'll discuss its usage, but I must emphasize that it was left undocumented for a reason. Slide show notebooks will certainly be forward compatible with future versions of Mathematica, but edge cases experimentally discovered by users may not be forward compatible.

The option is BackgroundAppearance, and it can take either an Image or a fully qualified filename reference. However, it can't accept just any image. It accepts an image following the nine-patch convention defined by the Android SDK. I won't fully explain nine-patch here, but in brief, it's a very nice convention for customizing the scaling behavior of bitmaps which can be used to produce near-vector-quality resizable graphics from bitmap specifications. A nice tutorial describing the principles can be found here. For the purposes of notebook backgrounds, the "fill" specifications are ignored, but they must still be present in the image.

And here's an example of the function's usage:

Additionally, the front end only presently understands a limited subset of possible color spaces for the image, which may exclude, for example, images which are imported from some types of external files.

Some of the images used for slide shows have more customized scaling behaviors than the one I demonstrated here. Those images can be listed by the following command:

I would expect that, in a future version of Mathematica, you may see a different option name, a much more flexible specification of possible right-hand side values, and first-class support for nine-patch bitmaps.