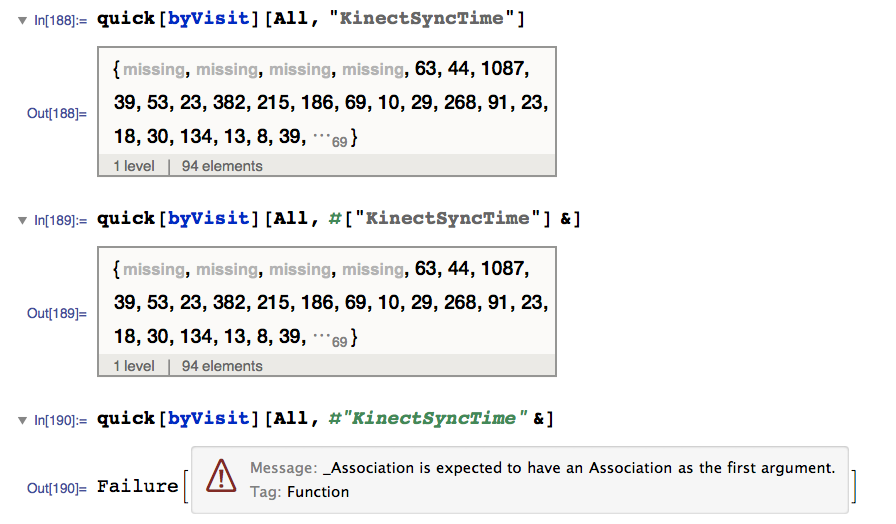 However, it's difficult to reproduce this issue in a minimal example. When I try to project out a few rows and columns from this table to copy-paste it as text, subsequent re-casting to Dataset works w/ all forms of Slot.

Following discussion w/ Jason Grigsby at WRI, rather than edit the Q w/ additional detail, the conclusion is that composite Keys such as lists of strings, interfere with above-mentioned named slot access:

Not the answer you're looking for? Browse other questions tagged bugs dataset associations or ask your own question.

19
Exp is slower for some number ranges
7
Normal // Association // Dataset workaround for some user query operators
7
10.0.2 another Dataset type system (inference?) warning
5
Is DistributionFitTest broken for some cases of TransformedDistribution targets?
5
RegionIntersection fails for some values with polygons
12
Query datasets with "variable" named slots
0
Generating a function with named slots
4
How to get name of "named row" in Dataset for function applied to each row
13
Dataset Processing: efficient ways to clean and merge sets for Life Sciences