On the document of MandelbrotSetPlot, it said:

With ColorFunction->f, where f is a function, the argument of f is a real number in proportional to the number of iterates, and f must return color directives, such as RGBColor and Hue, or named colors, such as Red and Blue.

It seems to have only one argument. But an example uses the third argument: 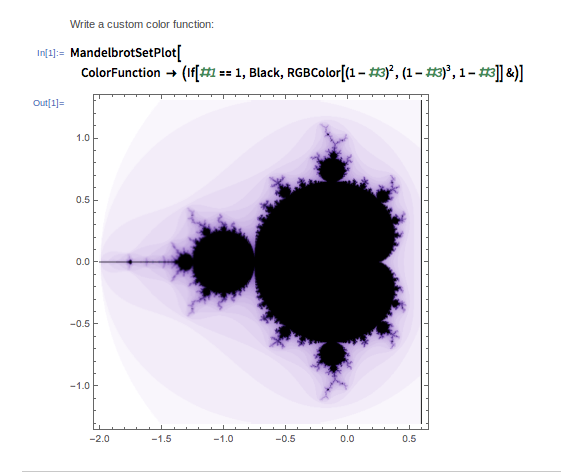 So I tried evaluating 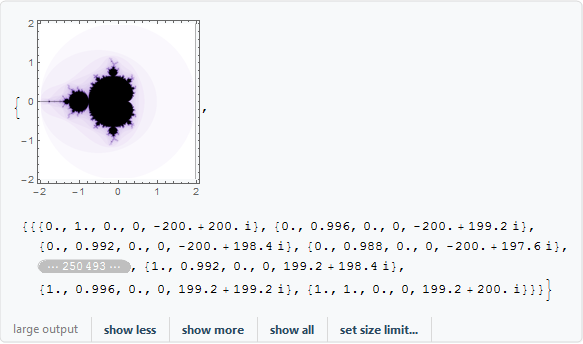 and noticed that it has exactly five arguments. The first, second and third arguments are real numbers between 0. and 1., while the fourth is an integer and the fifth is a complex number.

I think the third argument is proportional to the number of iterations. What do the other arguments mean?

I think Mathematica just calculates the upper half of the Mandelbrot set. 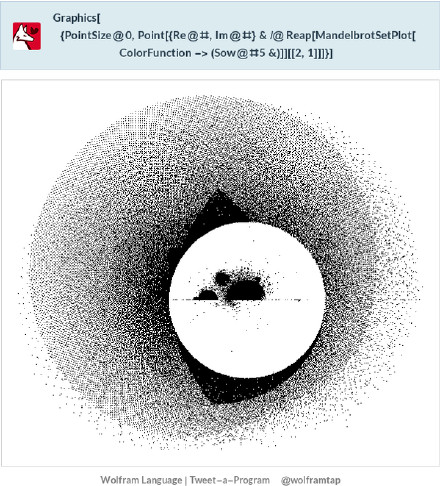 Just to summarize the comments by @alephalpha and @Kuba for

Not the answer you're looking for? Browse other questions tagged plotting color options undocumented fractals or ask your own question.