Is it possible to make Mathematica make a connection to p2 from both SysVar 2 and SysVar3 like I drawn ? 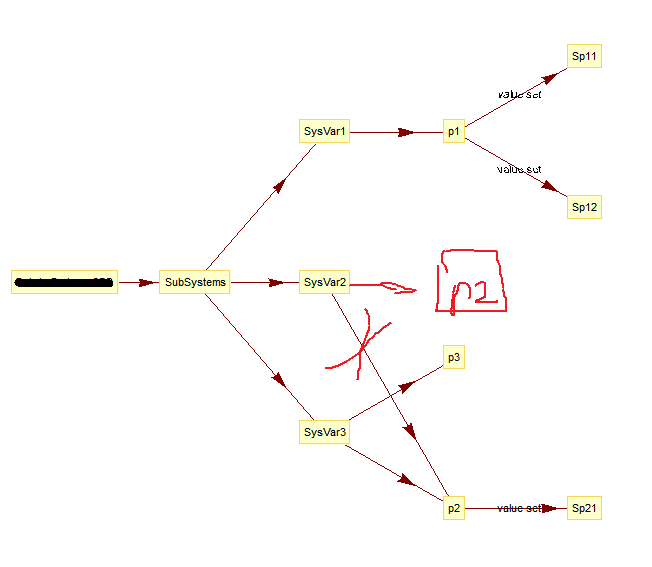 I used the solution of renaming after the tree was created but it gets out of hand quickly : 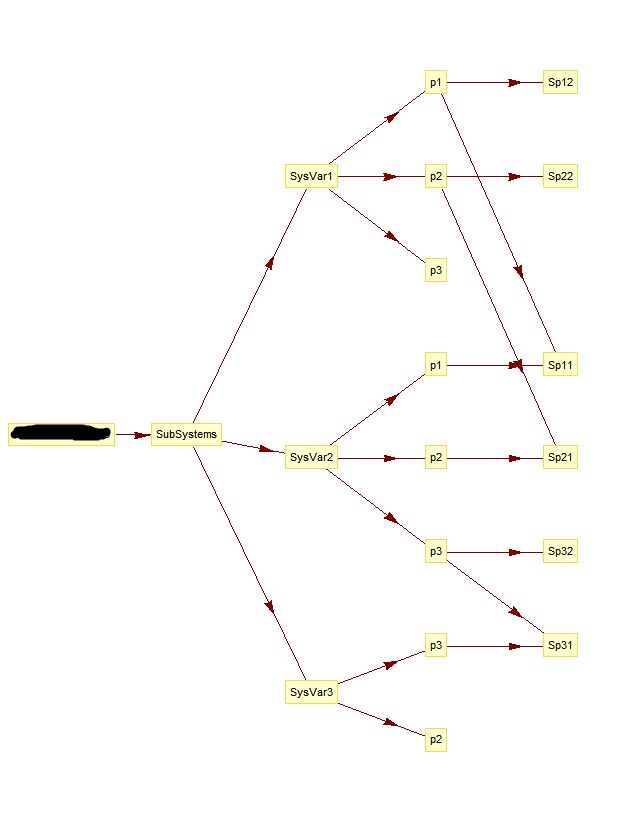 Let's start by changing the edge definitions so that the vertex "p2" is split into two vertices, "p2a" and "p2b".

This will cause TreePlot to separate the two vertices, but give them different labels: 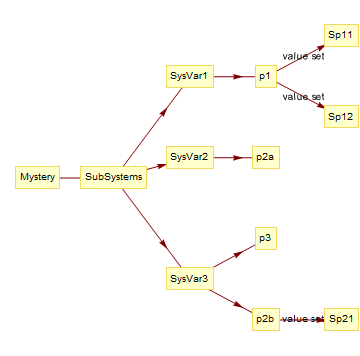 What follows are various ways to restore the original labels while retaining the tree structure.

Transform the Output of TreePlot

The simplest way to give the same label to "p2a" and "p2b" is to transform the output of TreePlot: 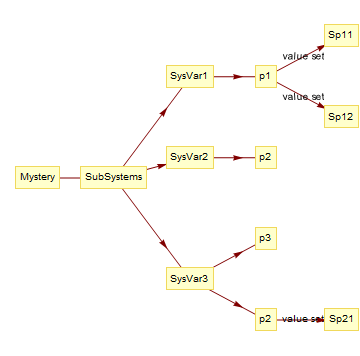 It is important that the transformation happens after the TreePlot has been generated. If we had just transformed the edge list, we would have gotten the plot from the question.

Use a Custom Vertex Rendering Function

Another way to relabel the relevant vertices is to define our own VertexRenderingFunction: 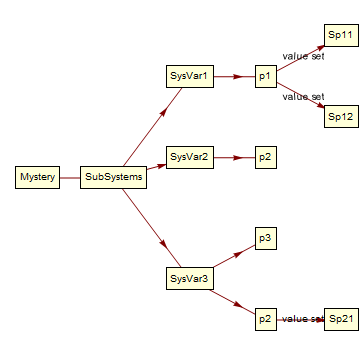 Adjust the colour scheme to suit your taste.

A third way to achieve the goal is to transform the edges before plotting. We need to change "p2a" and "p2b" to something that displays as "p2", and yet remains distinctive. Interpretation is intended for such purposes:

I think I found an easy solution :

As you can see S1 is repeated without any issue. The only thing I don't know is how to rotate the tree on the Left side ... 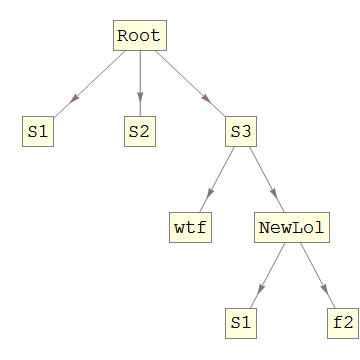 Not the answer you're looking for? Browse other questions tagged trees or ask your own question.

18
Can TreeForm be displayed “sideways”?