I have a drawing of two tangent circles: 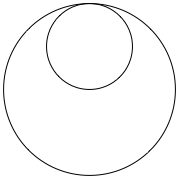 But when I draw a transformed version of it, the circles become misaligned in an erratic fashion. It seems to be dependent on the PlotRange or something like that:

The error does not occur if either Scale or Rotate are removed, so apparently the two transformations are interacting badly. But why should they? Am I doing something wrong, or is this a bug?

Right now I'm getting around the problem by defining something like

and then only applying Rotate to it. But that's no way to live.

The documentation states that "When possible, Normal will transform the coordinates explicitly" and gives an example of the form Normal@Scale[Cuboid...]. So if it worked it would be a nice and automatic way to do my workaround. But Normal doesn't work on scaled circles, for no reason I can fathom.

I reported the issue to WRI on November 21. On December 16 they confirmed that it is a known bug. (I forgot to update the question till now.)

Just as a complementary and extended comment and as was recently observed in a related post, you get exactly the same problem if, not surprisingly, you use geometric transformation functions instead:

Given the initial object to transform:

and you can check they exactly superimpose:

You can also observe this strange behaviour just by manually resizing the graphic: 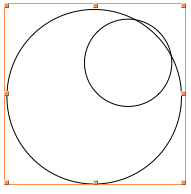 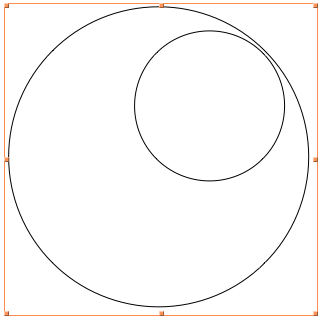 Probably the best way to get around this issue is to make sure that the transformation is calculated explicitly before Graphics has to draw it. You can use TransformedRegion for this:

Note that rotatedCircles has evaluated and no longer has a transformation wrapper around it any more.

11
Distorted graphics when using custom ticks and AspectRatio -> Full
3
Issue with ListDensityPlot when using logarithmic scale
2
Unexpected scaling of graphics when using Show
1
change scale of graphics
8
Weird behaviour of HighlightImage—bug or not?
9
Orientation of boundary domain normals
4
How can I get high precision circle drawing in Graphics, across ten orders of magnitude
2
Flickering dashed circle in rotated Manipulate