Why does this line increase the consumed memory?

Probably this is a simple question, however I really don't understand this behavior in Mathematica. It particularly leads to a memory leak in a huge program I have to do processing of 3D images. I broke it down which took me quite a time and had to figure out that the problem occured in a simple function that includes a GaussianFilter in Block. The following simple code increases the memory each time I execute it and I can't figure out how to stop this:

Meaning that the consumed RAM increases by about 58 MB when the filter is applied even though nothing is returned. I checked for the data type that is produced by the GaussianFilter. The data type changes from Byte to Real32. I know that Mathematica stores output internally but nothing is returned. Especially, I don't understand why the memory is never freed even if I put the stuff into scoping structures like Block. By the way, setting $HistoryLength to 0 doesn't help either.

Without saving anything into a variable, the memory has increased by 590 MB. Besides, setting $HistoryLength to zero shows no effect. I also tried to Clear In and Out, again with no effect.

Here are some debugging ideas and a possible workaround. Note that for v10, I am using the Wolfram Programming Cloud, which as far as I can tell, is reproducing your results.

The problem appears to lie in how the filters are using 3D image files. If we extract ImageData, the problem seems to be mitigated:

The output of the above code block is 1.5 on the WPC and 2.1 on v9. Both platforms return a negative value after 4 executions of the same cell.

It appears that converting the image to data prior to filtering may be a suitable workaround. 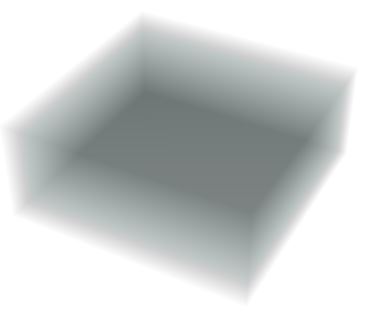 A bit of spelunking

@SimonWoods traced the problem to Image`FilteringDump`image3DConvolve and came to a similar conclusion with respect to a possible workaround. He graciously allowed me to copy his answer into this one for completeness.

For a workaround you can apply the filter to the image data directly, which will use ListConvolve internally rather than Image`FilteringDump`image3DConvolve:

Not the answer you're looking for? Browse other questions tagged programming image-processing memory filtering performance-tuning or ask your own question.

115
What is the most convenient way to read definitions of in-memory symbols when we don't have the source files? (Spelunking tools)
12
Is there a way to control V10's undo length?

10
GeoDirection and GeoDistance Memory Leaks: How to Recover the Memory?
4
Why does MemoryConstrained not abort when memory limit is exceeded?
21
Why does ImageData need four times more memory?
0
Why does memory run out when adding same-sized matrices in a loop?
12
Why does this simple program leak memory?
8
How to fix this memory leak
13
Why does partitioning increase Dot execution speed?