Is there a way to control V10's undo length?

This may be a duplicate (if so I will remove this), but I was having trouble finding the relevant bit of documentation to fix it. I noticed that my FrontEnd memory use was growing out of control when I was repeatedly using Image on data, even if the image was being deleted shortly after being generated.

As a minimal example:

Every time this line is executed, FrontEnd RAM use (as measured by both MemoryInUse[$FrontEnd] and an external profiler) jumps by 120MB, even though the previous image is deleted every time the line is re-executed. I assume this means the images are being invisibly stored somewhere inside the frontend, but I have been having trouble finding out exactly where, and as a result I keep having to quit and restart the application because memory use keeps ballooning out of control.

I glanced through $FrontEnd // Options but didn't see anything obviously related. A similar problem regarding Rasterize was discussed here; I don't know if that is related or not. In any case, my question is:

Edit: Belisarius says this does not occur on his WinXP Mathematica 9. I am using Mac OSX 10.6 Mathematica 10. Can anyone else chime in with OS, version number, and whether you observed the effect? Alexey Popkov has suggested that this may be from data storage introduced by V10's multiple undo feature.

NOTE: I forgot about this. Apparently, the following should (presumably) be the way to change these settings, but the actual feature has not been implemented yet.

You can change this using UndoOptions. To go back to version 9 behavior, use this:

See the other options in the documentation for finer control.

It doesn't seem to happen on Mma v9 WinXP. The Virtual size increases, but only once: 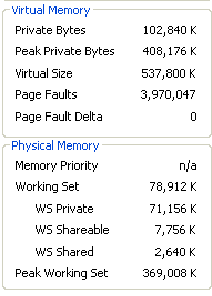 After generating one image: 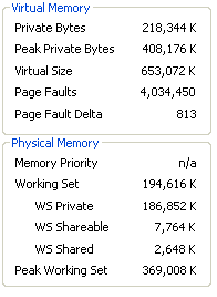 After deleting the first image from the front end: 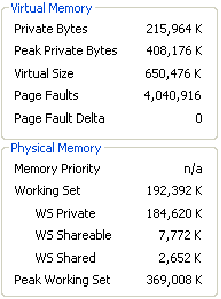 After generating a second image: 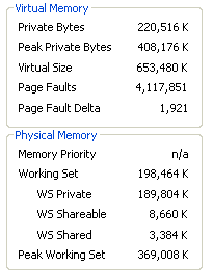 After deleting the second image: 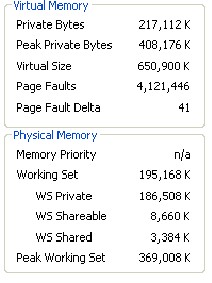 Not the answer you're looking for? Browse other questions tagged front-end memory or ask your own question.

126
Implementing efficient multiple undo
22
Memory Leak in Frontend - anyone know a workaround?
15
Why does this line increase the consumed memory?

13
Problems with images caused by which stylesheet is used
21
Why does ImageData need four times more memory?
5
Memory Problem with Modules and NDSolve
7
How to minimize object size of a large list of strings
4
Memory use buildup when solving PDE multiple times