I have a notebook and I enter something like

However, the double quotes in the input cell were exactly copied and pasted from this posting and they became different on pasting to the notebook: The first one became slanted like a slash, the second like a backslash. There is - as the error message shows - a third type of double quote, a purely vertical one. I am used to Mathematica 4.0 where the vertical one was the one which came when I press Shift-2 and this was the right one to be used for string delimiters.

How do I force Mathematica to always produce the vertical double quote rather than any other flavours of different double quotes - and by the way: what is the significance

in the *Wolfram Language? (Unfortunately, if I copy them to this posting front end, they all turn to the vertical double quote character).

If I replace the slanted double quotes by a vertical ones, the plot command works: 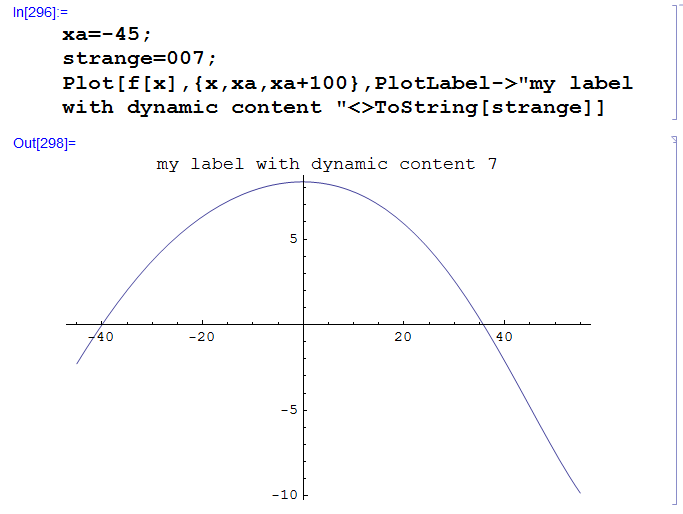 whereas this one does not, but maybe the error message gives a hint. It seems to me to be be more a problem of input to Mathematica rather than evaluation of the Wolfram Language: 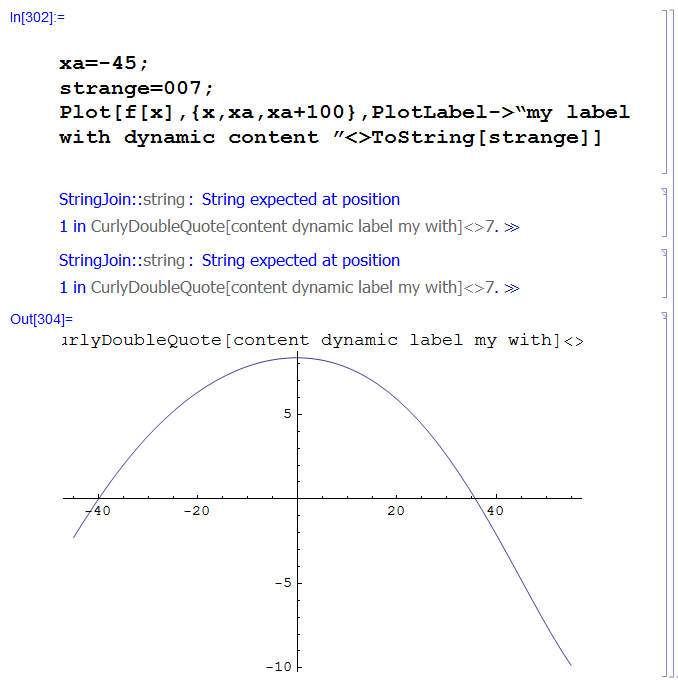 Today, trying around more with it, I found out that it depends on the notebook: in some notebooks, Shift-2 always delivers vertical double quotes, in some they come as slanted ones, sometimes even the first double quote in a line is a back-slanted one whereas all subsequent double quotes become slash-slanted:

If this matters: The cell in the notebook with the strange double quote behaviour is an input cell, Cell>Convert To> shows "Input Form", the cell is open, editable and evaluatable, the cell bracket is a simple one without any extra decoration at the ends, just plain hook (see screenshots above).

According to http://forums.wolfram.com/mathgroup/archive/2010/Dec/msg00797.html there is an option under preferences:

Enable smart quotes for normal text editing and when pasting

As soon as I uncheck them both, the maze is gone: Shift+2 then produces vertical double quotes (the right ones to be used as string delimiters) rather than different slanted ones (are they meant to distinguish between opening and closing some quoted text?)

Unless I misunderstand the question, as the error message indicates, the error is in {x, xa, xa+100}, probably because you didn't assign a value to xa. 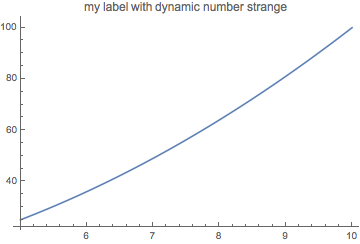 Not the answer you're looking for? Browse other questions tagged front-end string-manipulation or ask your own question.

17
Is there a way to require confirmation for execution of certain cells?
13
Bug in handling backslashed Cyrillic symbols in v.10.0.0?
9
Making flash cards with Mathematica
4
Keyboard shortcut for changing style of selected text (NOT the whole cell)
7
Syntax highlighting in text cells
19
Version 12.1.1 unable to type ">"
3
How to ask FrontEnd to wait until an Evaluation has finished?