How to extrude a 3D image from a binary 2D image

I'm trying to extrude a nice 3D form from the 2D binary image below using the code posted, but I haven't had any luck in figuring out the error that's keeping GraphicsComplex from running. The end result should be the 3D points and a plot. Any help would certainly be appreciated! 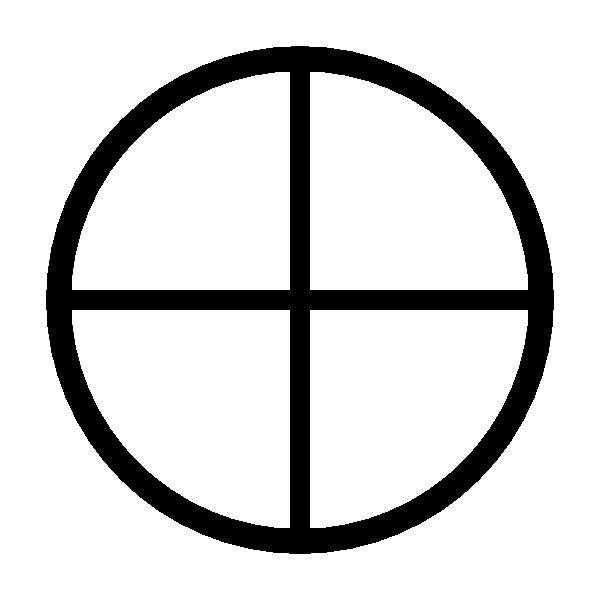 One way to extrude a 3D object from a binary 2D image is to use RegionPlot3D: 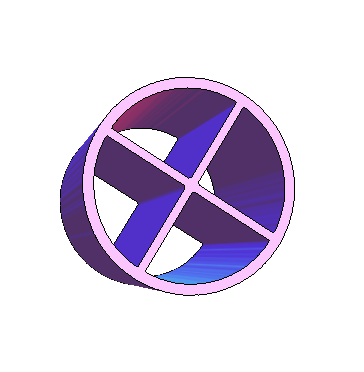 Unfortunately, I see more than one point why your approach will not work like you hope. Let me give a completely different approach which consumes some memory but is really short.

The trick is to use ListContourPlot3D and to create the input-volume from your image which you use as slices. The only thing you have to remember is that you have to pad your stack of images with two slices of zeroes only. 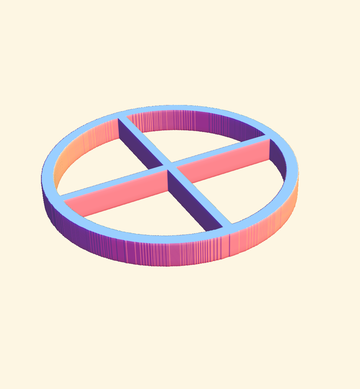 Version 11 introduces the function ImageMesh[], which makes the generation of a 3D extrusion relatively easy: 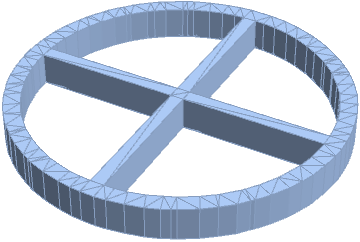 Alternatively, one could construct an Image3D[] object that can then be fed to ImageMesh[]: 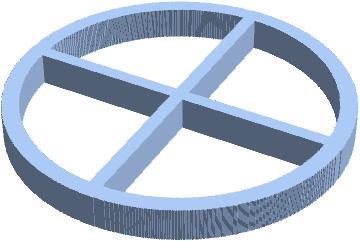 In version 9, there is a new way to extrude shapes, based on Image3D or Raster3D. Borrowing directly from the documentation for Raster3D, under "Neat Examples", the extrusion can now be done by extracting the ImageData of the bitmap, making sure that it contains an alpha channel which can then be converted to "empty space" in Image3D. So I first load the example image and convert it to im1 which has transparency and also gets an orange color (I just added the latter to make it more interesting): 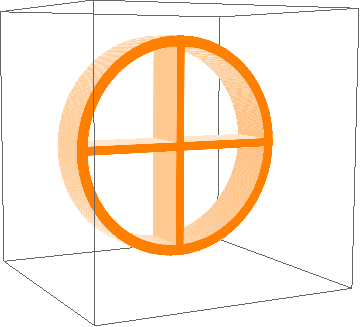 The special thing here is the "InterpolateValues" -> True method which smoothes the transition at the surface of the solid. Here is what it looks like if you leave out that Method option: 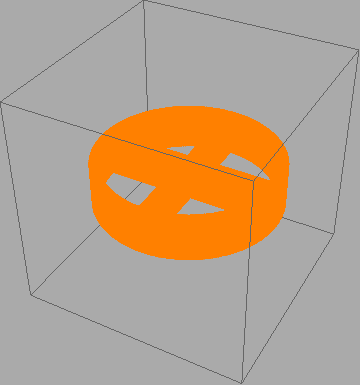 Instead of the Method option, I also tried a different approach in which I simply smoothed the borders of the source image in addition to coloring it: 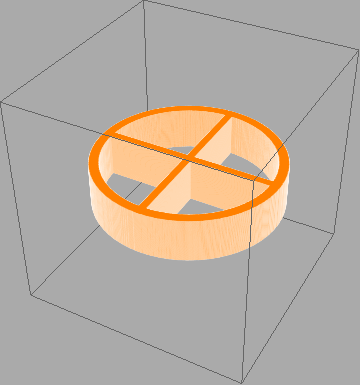 It seems that the Blur@im1 has approximately the same effect as the Method option in the first extrusion.

1
Make continuous 3D tube out of 2D image (Mathematica 8)
52
Character edge finding
20
Strategies for creating 3D text
12
How do I draw a polygon defined by a list of data points?
13
Map of United States as a 3D histogram
8
Thick polygons in Graphics3D
8
How to render a 3D tubular graphics from a 2D image path
10
How to protrude a 2D image wrapped on a 3D surface
5
Extrude 2D cross-section to 3D shape with shrinkfactor
5
Generating cylindrical geometry via extruding a section
See more linked questions