I have a "named" point in Mathematica 10 and am plotting it like this using RegionPlot: 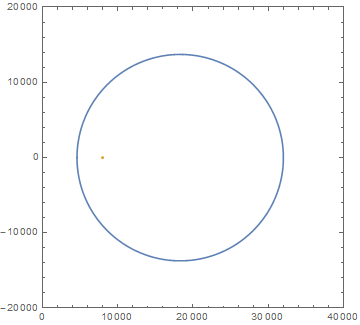 As can be seen in the output the dot is kind of small. Unfortunately, the plot is not using my attempt to change the PointSize directive and plots the point as a small period-sized dot no matter what. How can I change the size of the dot?

I tried using a separate ListPlot inside of the Show, but in this case no dot appears at all:

One way to do this is to separate the RegionPlot from the point you are trying to plot, and instead render it separately: 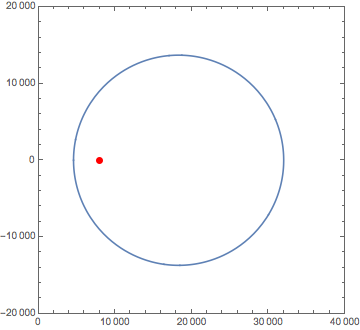 Points can always be plotted separately by rendering them with Graphics[{BunchOfDirectives, Point[...]}], so that you don't need to worry about figuring out how to tell RegionPlot that you want one particular point to have a certain set of directives.

By the way, if you use PointSize[1] like your original code seems to attempt, instead of PointSize[Large], you get this horror: 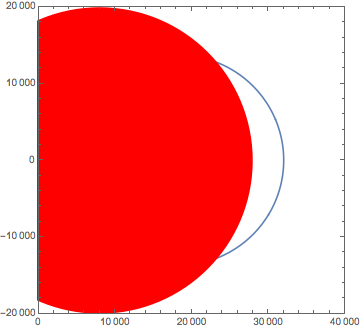 Jens pointed out in his comment that there is a fundamental difference in how Mathematica displays Point in your original code, and how my version displays it: when you include the Point inside RegionPlot, Mathematica interprets it as a region object which is to be displayed. 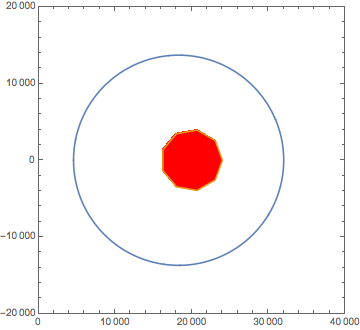 It doesn't look very Disk-shaped, does it? That's because it's plotting it as a discretized region of a Disk, rather than as a Disk graphics object.

In contrast, watch what happens when the Disk is moved outside of the RegionPlot and rendered separately: 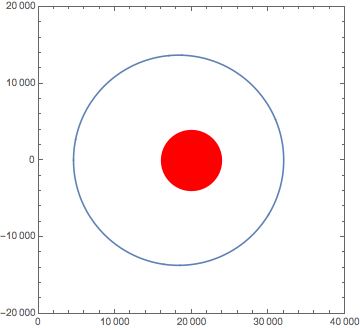 Here Disk is rendered as a Disk graphics, and actually looks round.

You can use option Epilog

Not the answer you're looking for? Browse other questions tagged plotting version-10 geometry style or ask your own question.