I decided to make my own SmoothHistogram3D function because I wanted to be able to specify my own bin sizes and not rely on their distribution functions so taking a cue from this answer and bringing it into the 3rd dimension I created this function:

(I got the idea for the xYAndI line from this answer)

which takes the result of 2d HistogramList data and creates a 3D plot with it, like this: 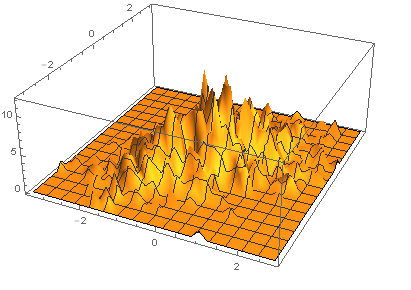 However, I found I could create a much more appealing plot if I just use the binCounts and put the plot range on top of it (which is essentially the same as using BinCounts instead of the HistogramList). 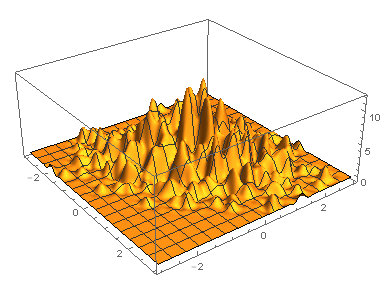 which is a lot smoother. However, my issue is that my smoothing algorithm uses non-equal bin sizes, so using DataRange to place the numbers onto the axes is imperfect because the binCounts aren't evenly spaced, but are treated as such by DataRange. However, my create3DHist function doesn't have that issue. So after all that my question is, is there a way to combine the smoothness of the 2nd method with the x and y axis accuracy of the first method? Also, what causes this difference in smoothing even though they both use an interpolation order of 3?

I realized the reason why the second method comes out so much smoother is because mathematica uses a lot more points than just the array you give it to plot it for the second method. I used mesh->All to compare how many points each plot had and got this result:

graphics3d histograms plotting
Share
Improve this question
edited May 23 '17 at 12:35

You can apply post-processing to the regular ListPlot3D 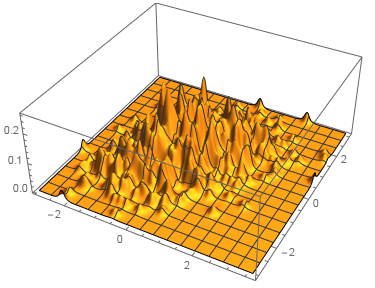 P.S. Without GaussianFilter or another sort of smoothing it is just an interpolated histogram, not a smoothed histogram.

Not the answer you're looking for? Browse other questions tagged graphics3d histograms plotting or ask your own question.

13
How to use Map inside MapThread?

0
How to specify DataRange in a ListPlot with an imported set of data
7
Why Interpolation makes ListPlot3D slow?
1
How to make list plot when all information is in a single list
10
How to make a smooth revolution surface plot
0
Plot a histogram according to a set of rules using data from two tables
2
Is it possible to overlay actual points on top of a ListPlot3D?
1
Rendering ListPlot3D Surface