I am trying to use the functionality of Expectation and Probability for random graphs, in particular for percolation models.

For example, I would like to be able to compute the expected graph distance between two fixed vertices in a complete graph with independent exponential edge weights. The following naive code does not work.

indicating that the random weights are not actually assigned to the edges.

Ideally, I would like to be able to compute this probability (a polynomial in $p$) for symbolic $p$. Of course I would also be grateful for other approaches to the problem, but using Expectation and Probability would feel very intuitive to me.

The problem can be circumvented by computing the probability of a generic event which is only specified after Probability has been applied:

The results are the same as @ubpdqn's MC calculations. I have experimented with Hold and Release to avoid the use of the extra function f but do not know enough those functions to make it work.

I may have misunderstood the aims, If so, I apologize.

For the first question:

: This generates a sample of size n of graph distances between vertex 1 and 2. 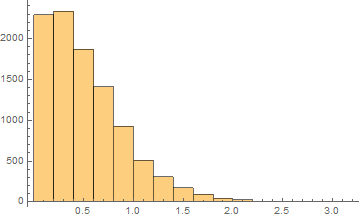 For the second aim:

In the following let p be probability that edge/link/connection exists at an instant in the complete graph (5). The probability nodes 1 and 2 will be connected can be estimated as follows:

Visualizing relationship between p and probability 1 and 2 connected: 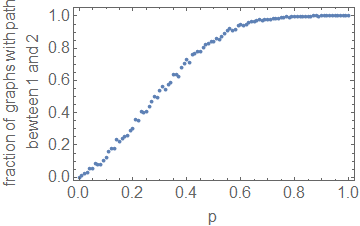 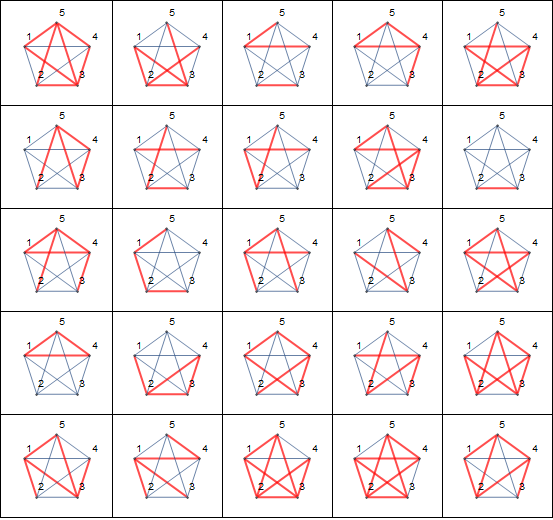 Again, I apologize if I have misunderstood. Experts will have better answers. Perhaps, this will kickstart. Note this could be generalized to other nodes and the sample and visualization could be combined to allow calculations and visualizations. I do not have time to tidy up at present.

Not the answer you're looking for? Browse other questions tagged graphs-and-networks symbolic probability-or-statistics or ask your own question.

7
Merging (combining) tables of graph relationships (2-mode to 1-mode network)
5
Processing and storing a graph with a large number of vertices s.t. k-hop neighborhoods are efficiently retrievable
1
Can degenerating Nicomachus' triangle down to $0$ area by using `Graph` be done?
5
Finding a complete subgraph efficiently
3
Cannot get Mathematica to recognise Vertex Weights of Graph
4
Add elements of a list to sublists of another list, such that each of these sublists has minimum edges in the corresponding graph?
1
Show all subgraphs which don't contain a specific subgraph