Convert a list of rules into 2 lists of integers

If I have a list of n number of rules, what is a concise way of breaking the data into 2 lists of the first and second part of the rule?

This works, but seems like an unnecessary amount of code to me:

This is the shortest I can think of:

user21 and Teake Nutma already posted the two methods I use most often. Of these I recommend Part as I believe it will be faster in general. Nevertheless these are hardly the only ways to accomplish this task. First, since the expression produced by List @@@ data will not be packed Thread may be faster than Transpose:

One could also thread over Rule, then replace the outer head with List:

From Undocumented form for Extract we could also use:

A BenchmarkPlot for all methods posted so far. 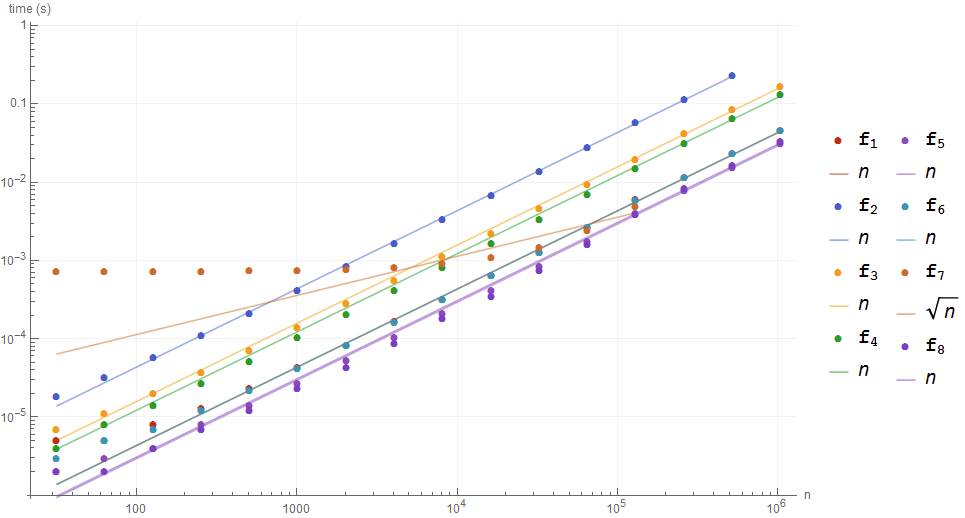 You can also use HoldPattern:

Not the answer you're looking for? Browse other questions tagged list-manipulation rule or ask your own question.

1
How to extract info from Association?
31
Why is Query so much slower than Part?
27
Undocumented form for Extract

0
How to construct pairs in a list?
9
combining and comparing lists
16
ReplaceRepeated seemingly omits some rules
2
Gather lists according to another list
11
Pick with nested list
3
Union of two or more lists
4
Add elements of a list to the last elements of sublists
1
Make a new list of rules by matching up keys from two given lists of rules
4
Turn definitions into rules
4
Subtracting one list of lists from another