How to get a list of all expressions in a notebook matching a certain pattern?

Suppose I have a Mathematica notebook saved to a certain location on disk. Given a pattern I need to get the list of all expressions matching this pattern that appear in input, output or print cells in the notebook, every expression being wrapped in Hold to prevent its evaluation. Ideally, I also want to extract expressions from cells with erroneous/incomplete input, if the expression itself is complete, but that is not strictly necessary.

How can I do this?

The following functions will load the expressions and erroneous cells from a notebook:

To illustrate the use of this function, let's use the following notebook as input: 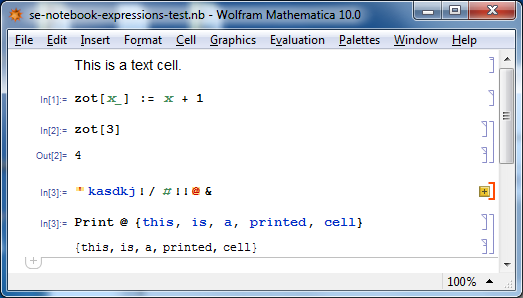 We can load and view the expressions as follows:

We can see that the expressions are held, and that the cell with an invalid expression is wrapped in $Failed. The text cell was not read, but the input, output and printed cells were.

The valid expressions are readily singled out based upon their Hold wrapper:

We can also print the failed expressions for diagnostic purposes:

By default, notebookExpressions does not filter out any expressions based upon their content. If a second pattern argument is passed, expressions will only be shown if they match that pattern. Invalid cells are always returned since the pattern-matching is inconclusive. Here, we match all cells containing a SetDelayed expression (:=) or errors:

Observe that the specified pattern does not specify the Hold wrapper.

Beware that ToExpression has historically sometimes had trouble interpreting box expressions for unusual forms. The "real" parser appears to be unavailable to user code.