How to generate and label multiple histograms as Query operator(s)?

The Dataset documentation doesn't indicate how to label a Histogram with the key.

(Note, unlike functions such as Counts, which can operate on tuples of keys (ie, counts the products), it doesn't seem possible to use the syntax: titanic[Histogram, {"age", "survived"}]).

How can a Key be passed programmatically as argument to Histogram (or other operators) in order to label it, eg "age", "survived" ?

Of course it's possible to project individual columns with KeyTake and then histogram but that's not the same as operating on the data.

You don't have to modify what you already tried by very much. 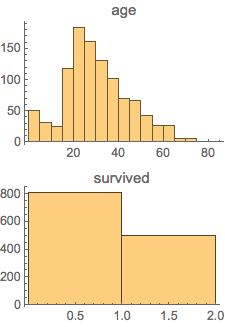 The comment by the OP is not clear to me. I offer up the following as my best interpretation of what he is asking for. I hope I'm not being obtuse. 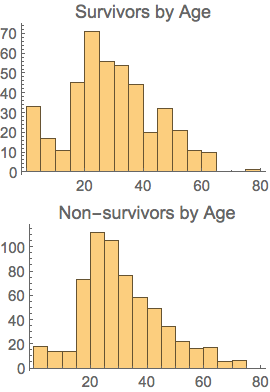 Hopefully I don't misunderstand the question. It's not fancy or clever but basic programming still works:

The same thing as a Table: