An easier way to find the properties of an ellipse from its equation?

In this Q&A about fitting an ellipse to a set of points, there are multiple answers that generated general equations of the ellipse, like this one by @ubpdqn: 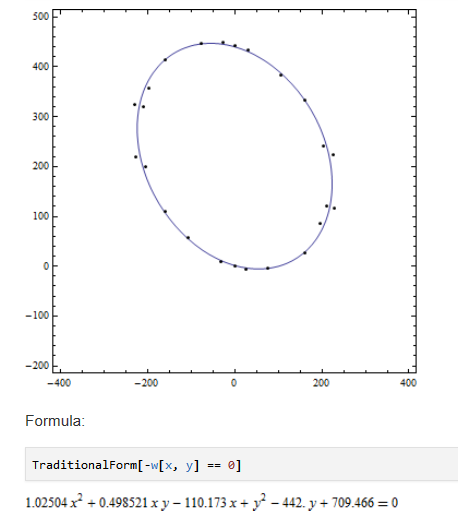 However, the steps to find out the properties of the ellipse (namely, major axis, minor axis, center, and rotation) from its given equation seems pretty complicated. Therefore, my goal is to try finding these properties in a more intuitive way (if possible).

Let's say I start with this general equation of a particular ellipse: 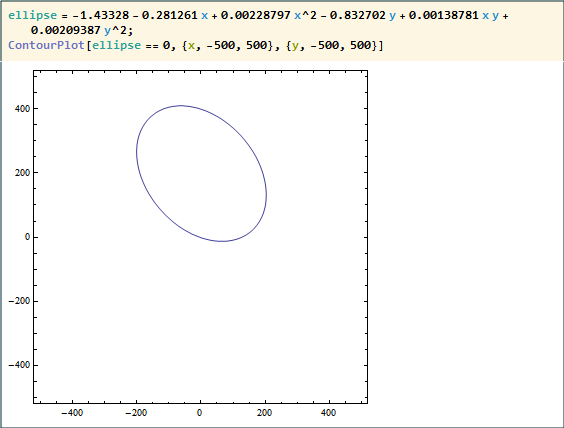 A way to find its properties is to start with a simple centered, axis-aligned ellipse with the general formula, where a and b represents the half-lengths of the ellipse' axes: $$\frac{x^2}{a^2}+\frac{y^2}{b^2}=1$$

The second step is to subtract the expression by 1 to convert our equation to the form expr=1 to expr=0, which is the way our general formula is written (see top of question).

This tilted ellipse is then brought off-center to make our original ellipse, which will transform x and y like so: $$x\to x-h,y\to y-k$$ where (h,k) represents the coordinate of the ellipse' center.

This is the final formula as done via MMA: 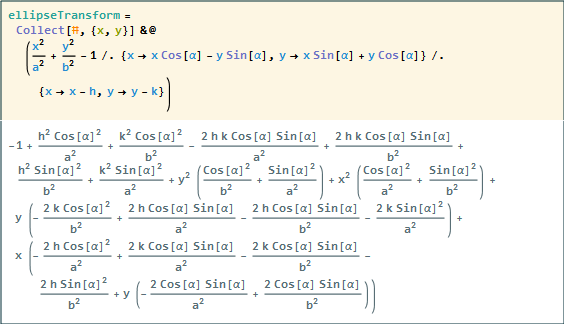 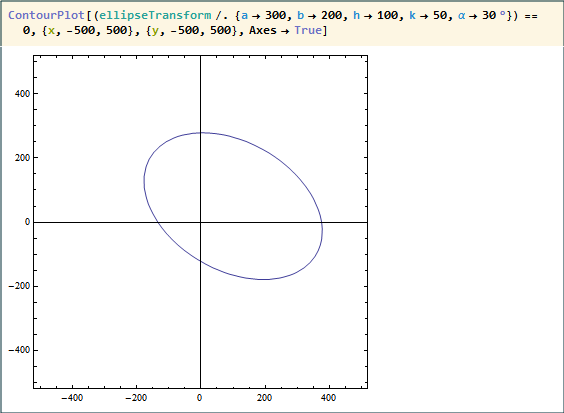 As you can see the transformed equation of the simple ellipse now resembles the form of our given ellipse, which includes a constant term, an x term, y term, xy term, x^2 term, and y^2 term (6 terms) in total. My goal now is to somehow solve for a, b, h, k and alpha using the fact that these 2 expressions are basically equivalent.

Now this is when I got stuck, as I've tried a few ways to equate these 2 expressions to look for what I want but to no avail:

Another (perhaps related) problem is that there are 5 unknowns (a,b,h,k,apha) but 6 equations i.e. the 6 coefficients in my ellipse equation. I suppose this problem is more a mathematics one than of Mathematica but I'm wondering if there's any way to solve (or at least optimize) an overdefined set of equations. 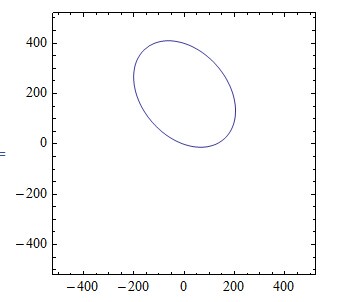 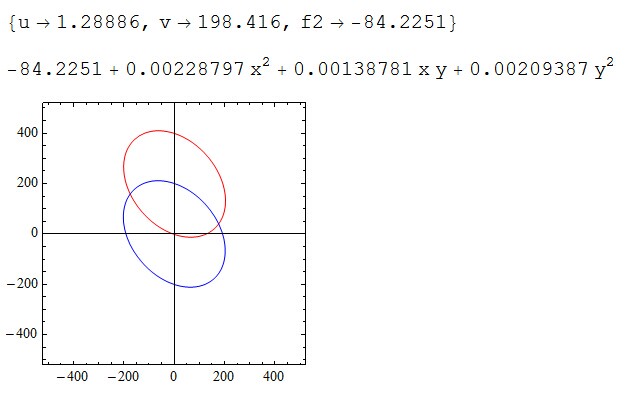 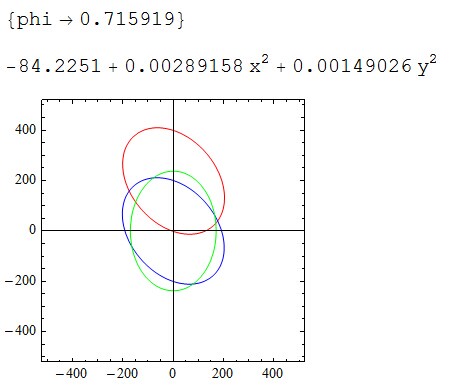 I post this for completeness (accepting that it was somewhat opaque).

In the series of questions it was known that the quadric form was an ellipse (this could be established using determinants as a previous poster has used).

Accepting an ellipse quadratic form,e.g. the test one provided

cf centers the ellipse. The ugly code is just completing the square and subtracting the constant to correct.

This is consistent (reassuringly) with Chenminqis answer. 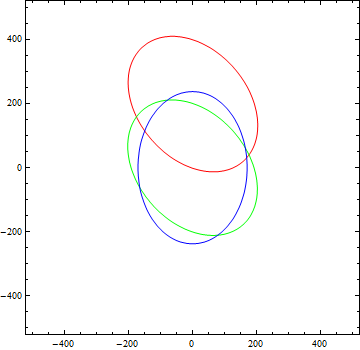 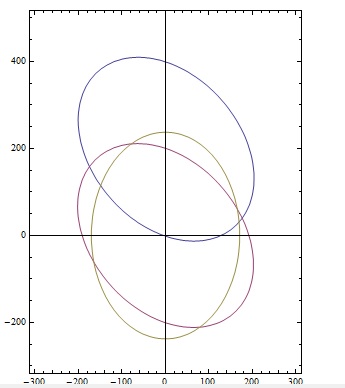 Noticing that for the general equation of an ellipse 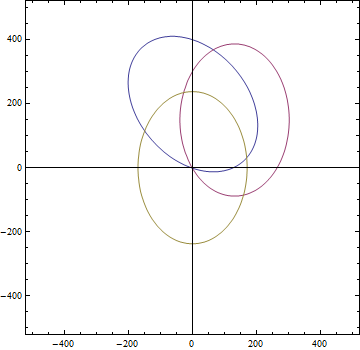 46
Fitting points to tilted, off-center ellipse
0
Convert an expression from one form to another

5
Finding all/most roots of a discontinuous function more consistently?
4
Region bounded by Ellipse and Line
7
How to reverse irreversible function in Mathematica?
6
Solve quintic equation using differential equation
5
Newton's Method for Robotic Arm with Constrained Motion
2
Problem with numerical solution of a system of ODEs
2
Solving for the coefficients in a nonlinear equation according to constraints