How to create these famous surfaces in topology with the desired color effects?

It was said such real objects of famous topological surfaces were plotted by the cooperation between mathematician Richard Palais and artist Luc Benard, and published as the cover page of Science magazine (issue on Sept 22 in 2006): 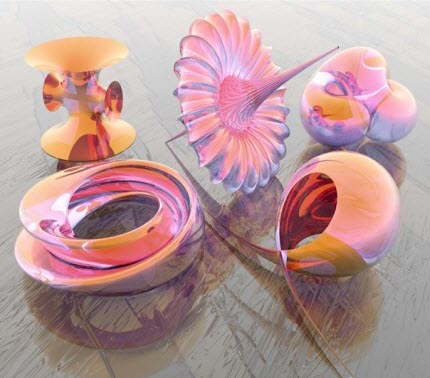 How to create such surfaces with the same color, rendering, lighting and opacity effects via Mathematica?

Another similar question with anwser can be seen from this link: another topological surface example with answer

It was said these surfaces in the figure were created via 3D-XplorMath software.

unfortunately it is voted as on hold; but I personally believe Mathematica's rendering should be powerful enough to realize such effects( at least more powerful than the open source 3D-XplorMath The author on MathOverflow); Here I add two of the surfaces obtained and rendered which are already good enough;

There are five different surfaces; I have found four of them; but only three as below look beautiful; so I will not post others here;

Concerning the comment about creating the surfaces, sure: Mathematica is one of the best tools available for that. Here's the Klein bottle, for example. 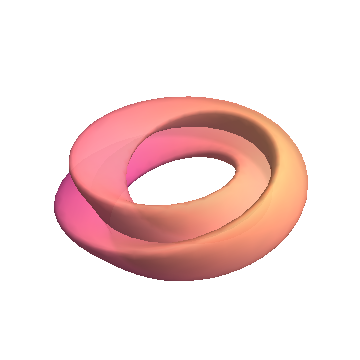 Rendering is not Mathematica's strong suit, though. Sure, you could make it do whatever you want if you are willing to write enough code and wait long enough for it to compute, but it would make a lot more sense to model these in Mathematica and then export them in your favorite 3D format for rendering in more appropriate software. My personal preference is Rhino3D. 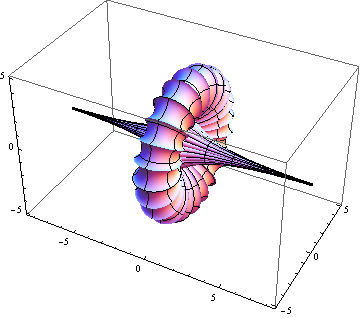 I just finished blog post about the creation of nice graphics from Mathematica Graphics3D using the Blender render framework:

Maybe you can find some inspiration there for your own graphics. I managed to generate a reasonable Klein bottle with glass shading: 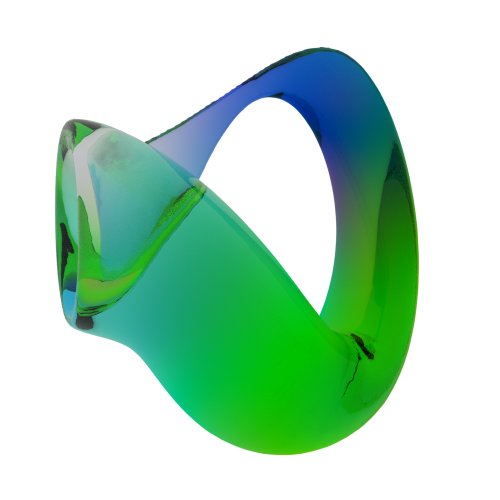 Note: the picture shown here is NOT output created directly with Mathematica, but the result of post-processing with 3D-Studio and afterwards with Blender. The Mathematica code can be found in my blogpost linked above.

If you read through my blog post, you will read as well about the problems I had to get the Klein bottle into Blender. If the readers of this forum have ideas how to overcome these problems I'd be more than happy to get to know about them.

The first picture is the Barth Sextic created in Mathematica with the PlotTheme -> "ThickSurface", the second picture is a "tree" created with the use of AnglePath function 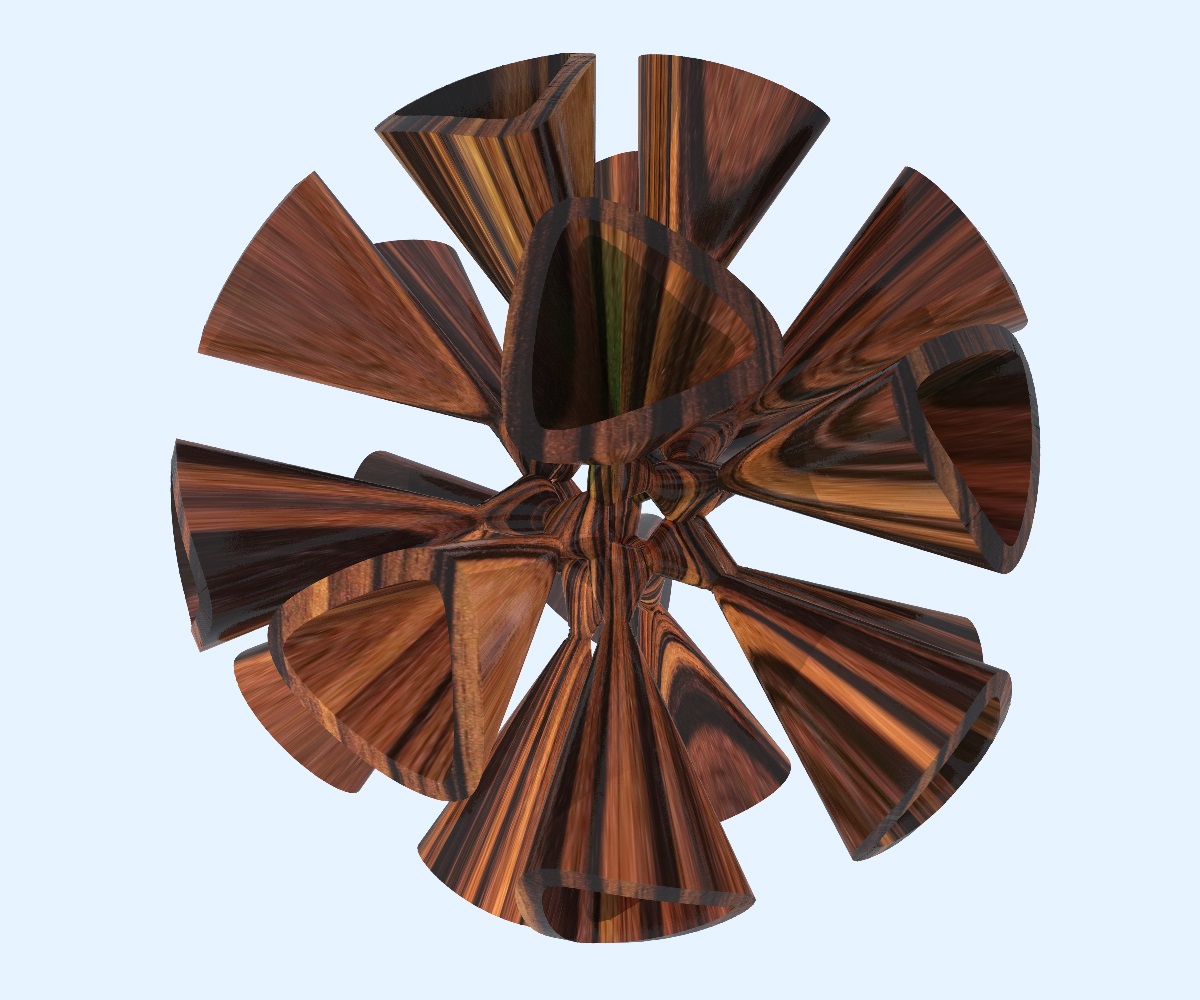 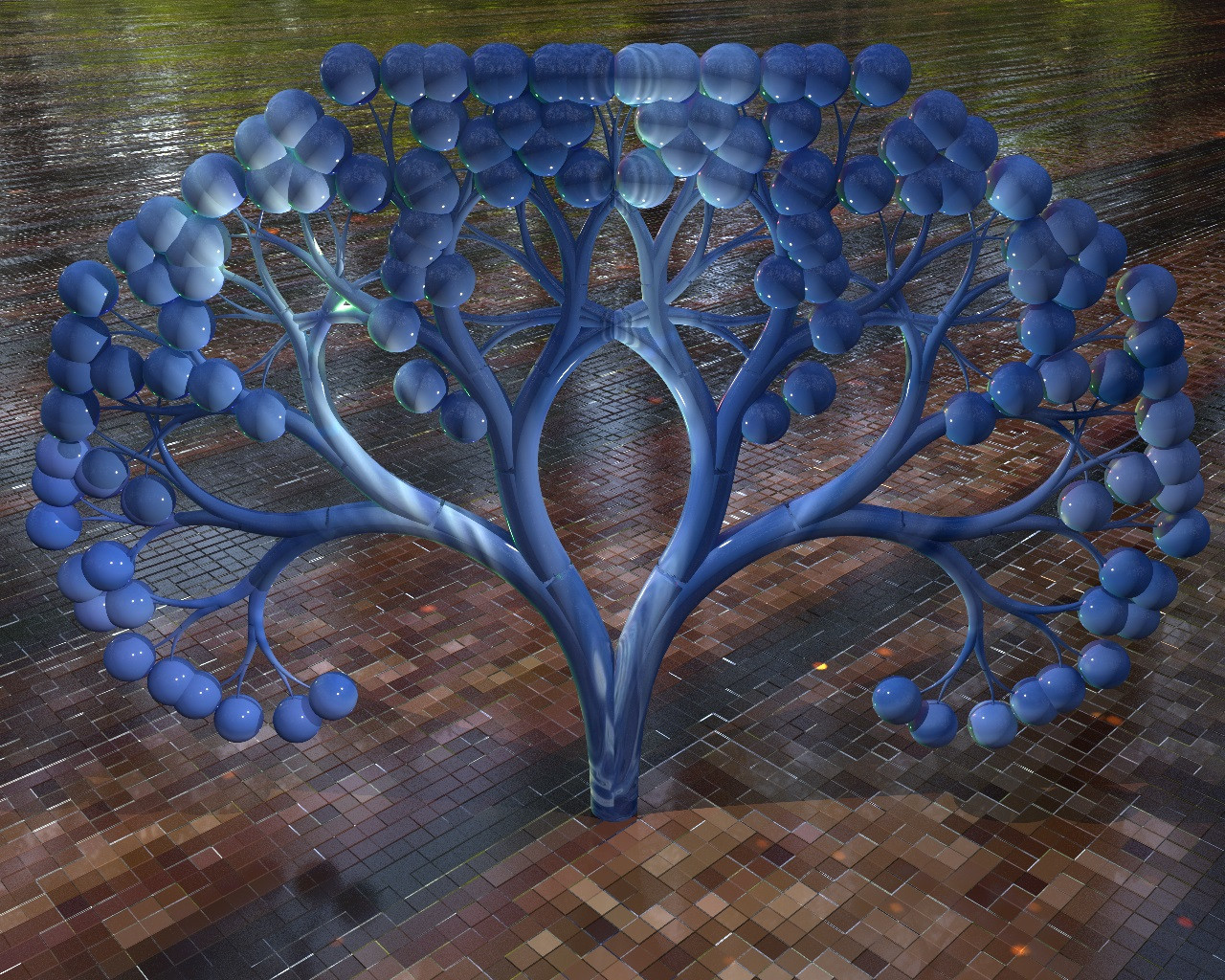 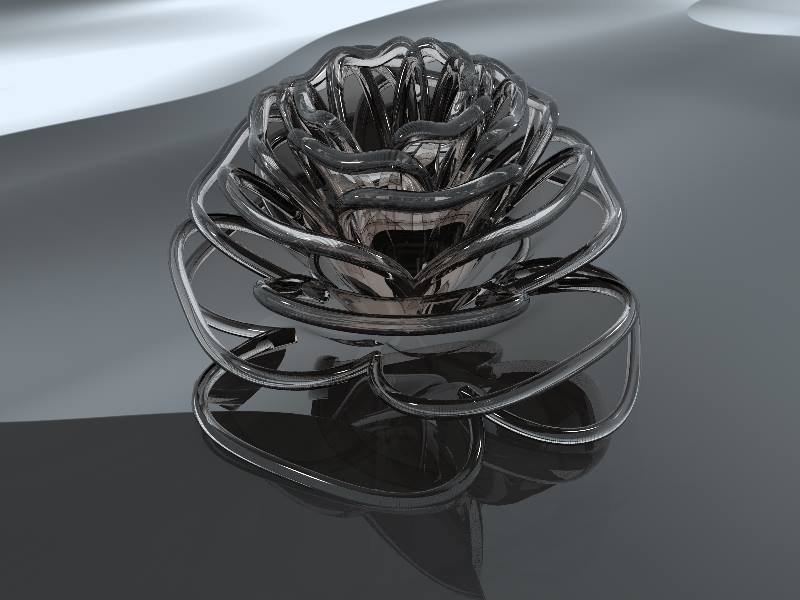 And yes I forgot back to the original question how to make the objects look glass-like. It is also possible in Cinema 4D. It is not perfect as you can see, since it C4D cannot properly render the Tubes, Spheres and the like. It is always better to plot the sphere by ParametricPlot3D or to form a tube around a curve by the use of Frenet frame and "draw" a circle around the curve, as is known from the elementary differential geometry.

23
How to plot a certain surface? What is its parametric equation?
67
Is this the most effective and efficient programming style for prototyping (a ray tracer) in Mathematica?

3
How to color the surface of the Box of 3D graphics
4
How to create a plot of the volume between three surfaces
7
How to fill the closed region by ParametricPlot with solid color?
3
How to get the desired view in ViewPoint function
4
How to improve visibility of surfaces with opacity?
7
How to apply different color to RegionPlot3D surfaces?
4
How to create a `BarChart[]` with color rules determined from categorical data?