I was just wondering if this is a known bug. When I want to get basic help using the ? command before some function name, it typically works for a while, but I've noticed that after I've computed some stuff (like, around 150 or so inputs), Mathematica doesn't pull up the help, but instead just lists the attributes of the command. I'm running version 9.0.1 on OS 10.9.3, but this was also happening on an entirely different system with an older OS (10.6.8 I believe). If I restart the kernel, it works again. If I can reproduce the problem, I will post a screenshot.

Addendum. I have now been able to take a screenshot of the issue: 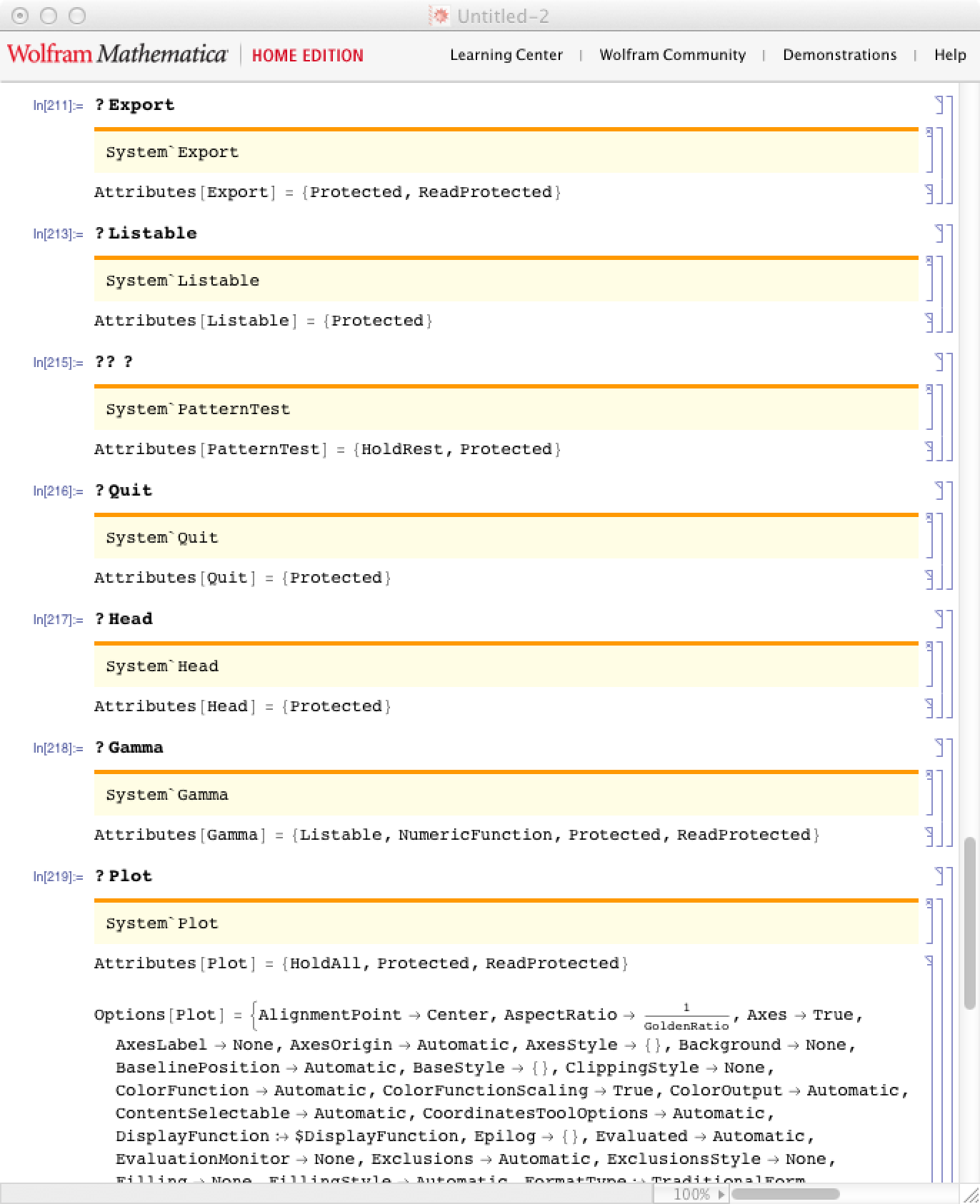 Browse other questions tagged front-end information-function or ask your own question.

5
How to close the front end so I can clear all Global variables?
7
Using mouse back/forward buttons in Mathematica's help system
15
Multiple windows in Mathematica help
16
No help from ?-command
2
Stop notebook from auto-scrolling upon printing
6
How to use ? (short help of multiple functions)