I have a series of endoscopic images taken by two cameras at the same time. 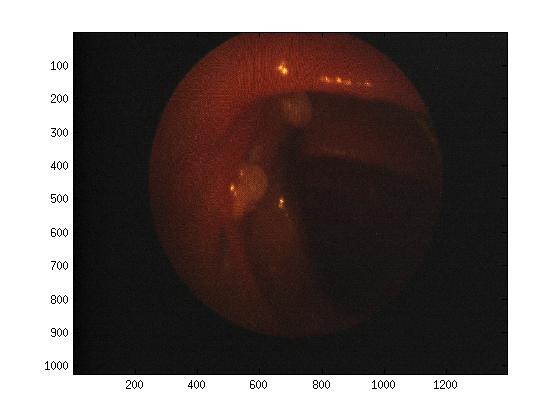 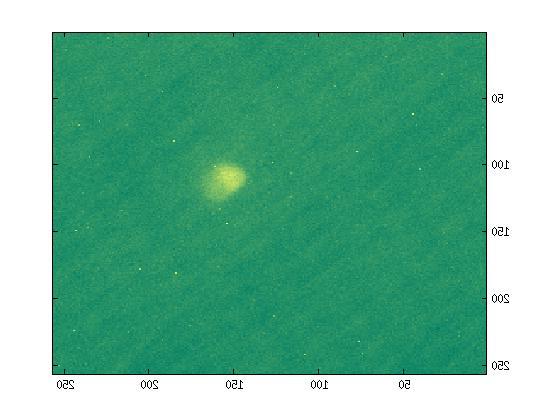 I now want to overlay the two images to indicate the cancer in the color image. 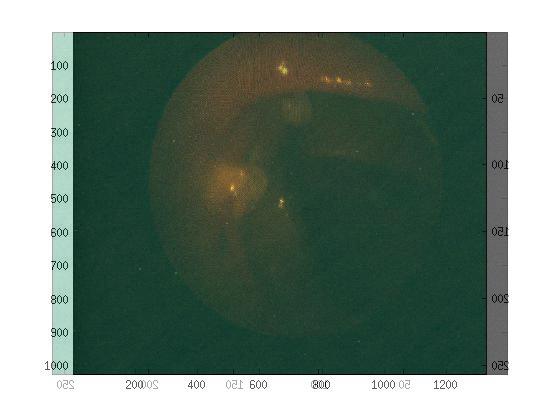 you can see that it does not match exactly. I need a way to match both images. Another problem is, sometimes the color camera zoomed a little in while the fluorescent image does not.

In the fluorescent image everything but the bright area should be omitted.

The color image is the basis and the fluoro image should be fitted to it, preferably in some false coloring.

I'm providing what I've done so far. I'm using Binarize to detect the yellow part of the fluorescent image which is not great, but I hope this answer can save someone who knows how to do that in a better way some grunt work. 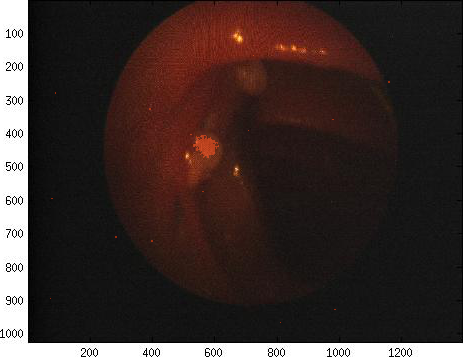 The algorithm can be outlined thus: